The Top 10 Castles in Europe

Looking for the grandest way to get a glimpse of history? You can't do much better than a castle. Here are 10 of the very best castles located throughout Europe, the majority of which are designated as, or located within, UNESCO World Heritage Sites. Whether you are in the mood for something ultra-luxurious or especially romantic or even slightly spooky, this list has something to suit just about every taste and type. No matter which you pick, we are confident it will make for a memorable, fairy-tale moment in your European vacation.

#1 — Neuschwanstein Castle, Bavaria, Germany It is far from the oldest castle in Europe, but Neuschwanstein is arguably the most visually spectacular, which likely what makes it the most popular. With 1.4 million visitors a year, its enormous size, combined with its dramatic cliff-top location, are enough to make it a once-in-a-lifetime sight. Finished in 1886, the castle was commissioned by King Ludwig II of Bavaria as an homage to his favorite opera composer, Richard Wagner. Only 14 of the castle's 200 rooms were fully finished, but these completed examples are spectacularly lush displays of ornate gold leaf trimming, intricate carved wood, and detailed murals that depict the dramatic scenes in Wagner's epic operas. Lastly but notably: in case this castle looks extra familiar to you, it served as aesthetic inspiration for the Sleeping Beauty Castle at Disneyland.

#2 — Château de Chambord, Loir-et-Cher, France France's Loire Valley is packed with stunning examples of French Renaissance architecture. But none is as large — or as spectacular — as Château de Chambord, built in 1519 under the reign of Francis I. 100 of the 440 rooms are open to the public, and one especially notable feature is the number of grand staircases throughout, including a double helix rumored to be the work of Leonardo da Vinci. There is just as much to do outside the castle, as it is surrounded by a large, lush park: visitors can enjoy hiking and biking trails, boat rentals, and even 4x4 tours of the surrounding nature preserve. It will be especially tough going home after enjoying a transformative day here.

#3 — Bran Castle, Brașov, Romania Dracula fan? This is your castle. Even though it is incorrectly said to be the home featured in Bram Stoker's horror novel, accuracy almost becomes immaterial when it comes to this point, as Bran Castle's dramatically perched, fog-laden presence has a wonderfully spooky vibe. That is why, despite the fact that Stoker never even visited it, many still call it Dracula's Castle (and there is an annual Halloween party, to boot). Built in 1388 and framed by the jagged mountains of Transylvania, Romania, the formidable fortress is open for regular tours of its vault-like interior.

#4 — Leeds Castle, Kent, United Kingdom The age of Leeds Castle (900 years old), combined with its remote location (on two adjoined islands in the middle of a lake), gives it a true fairy-tale vibe. The home of many royals including no less than six medieval queens, this grand estate is now open to the public, with not just regular tours, but also a host of magical activities ranging from falconry demonstrations to a tree maze. There is even a bed-and-breakfast and three restaurants on premises, providing a full live-in-a-castle experience that happens to be on many of our to-do lists.

#5 — Pena Palace, Sintra, Portugal Pena Palace began in the Middle Ages as a chapel, and in the mid-1800s, King Ferdinand II decided to make it his royal home. It is the quirkiest castle on this list due to its unorthodox mix of architectural styles (from Gothic to Moorish, in addition to plenty of nautical references borne of local history and culture), but also thanks to its unforgettably colorful countenance: a rainbow of bright red, sunny yellows, and soft lavender and blue.

#6 — Segovia Fortress, Segovia, Spain Originally built for defense and used over time as a royal palace, state prison, and military academy, this castle's surrounding rocky outcrop has significantly eroded over time. However, the stately, monolithic stone structure — with a shape resembling the bow of a ship — stands as Spain's most famous castle. Its breathtaking Gothic architecture, punctuated by elements of Moorish style like stucco ceilings and dramatic reading-windows, is reason enough to visit. It also functions as a museum, displaying paintings, furnishings, and armory pertinent to the storied past of the building and its surrounding area.

#7 — Prague Castle, Prague, Czech Republic Interwoven into the fabric of a city instead of on an island or in a mountainous setting, the Prague Castle — one of the largest and oldest in the world — is more like a campus than a fortress. Ever since it was established in the ninth century, it has been the seat of the monarchy and heads of state. There are plenty of beautifully-kept grounds to explore: Amble through courtyards and gardens weaving around one historic building after another, including the most famous of those, St. Vitus Cathedral, a majestic, ornately detailed structure in which Czech kings and queens were crowned for many centuries.

#8 — Buda Castle, Budapest, Hungary Perched on a plateau above the Danube River, Budapest's Castle District boasts a mix of architectural styles and historical stories dating back to the 13th century. Its crown jewel, quite literally, is Buda Castle. Also known as the Royal Palace, the massive Baroque structure dating back to the mid-18th century (replacing the original, which was built in 1265) houses the Budapest History Museum and the Hungarian National Gallery. Peer out of its upper reaches for spectacular views of the city.

#9 — Burg Hohenwerfen, Salzburg, Austria Perched between the Tennen and Hagen mountains in the Salzach Valley outside Salzburg, Burg Hohenwerfen has a grand presence and a dream-like quality. Enjoy the castle's architecture, then take a break at the cozy on-site tavern or view a flight demonstration at the falconry center. For The Sound of Music fans: you may already know this but the castle was featured in the background during the song "Do-Re-Mi."

#10 — Miramare Castle, Trieste, Italy What could be more romantic — or more quintessentially Italian — than this castle overlooking the Adriatic Sea? Built in the 19th century atop a cliff, Miramare houses a museum inside showcasing the original furnishings and decor. It's just as stunning outside, thanks to the on-premises seaside park landscaped with lush tropical trees and plants. 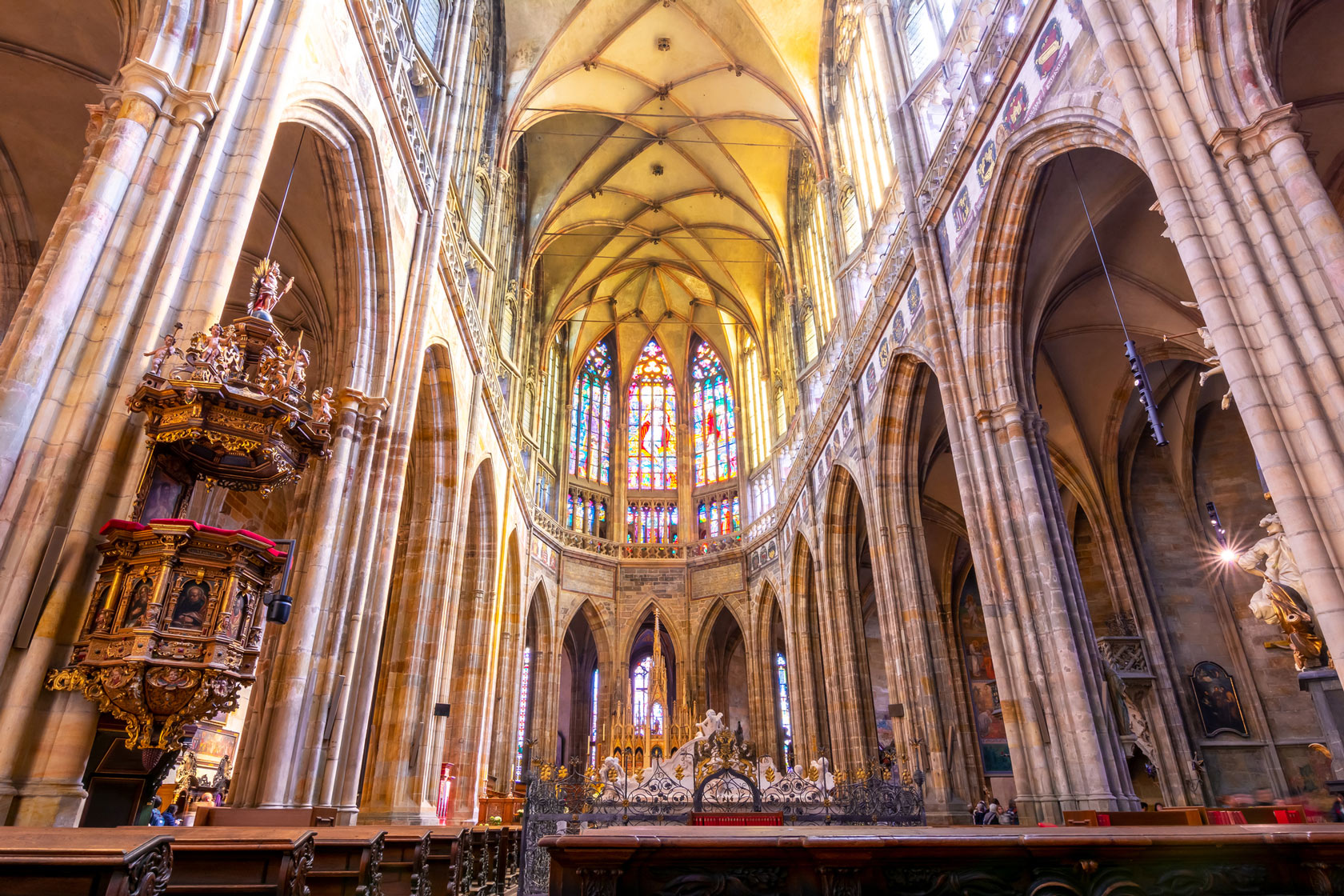 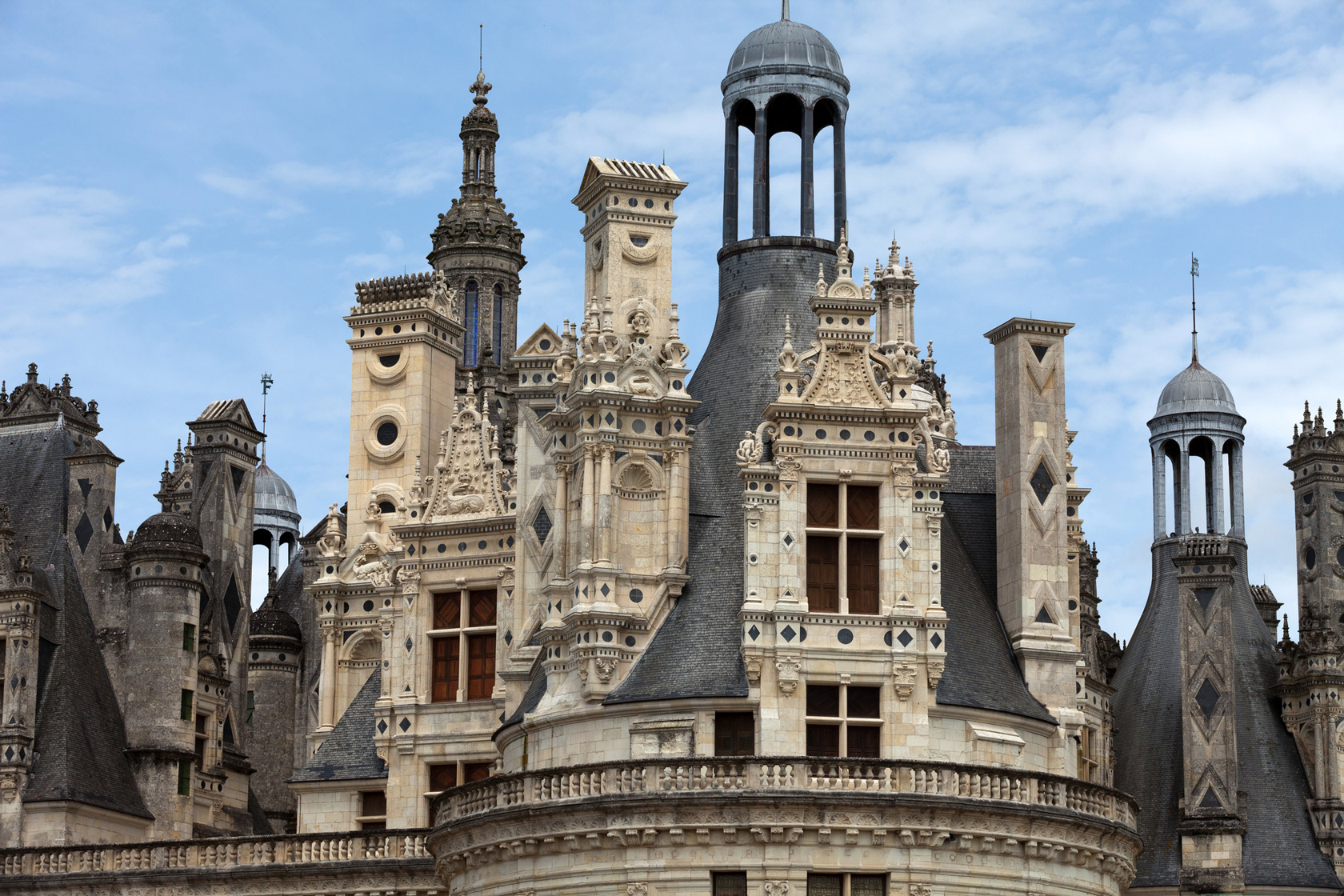 The royal Castle of Chambord in Cher Valley 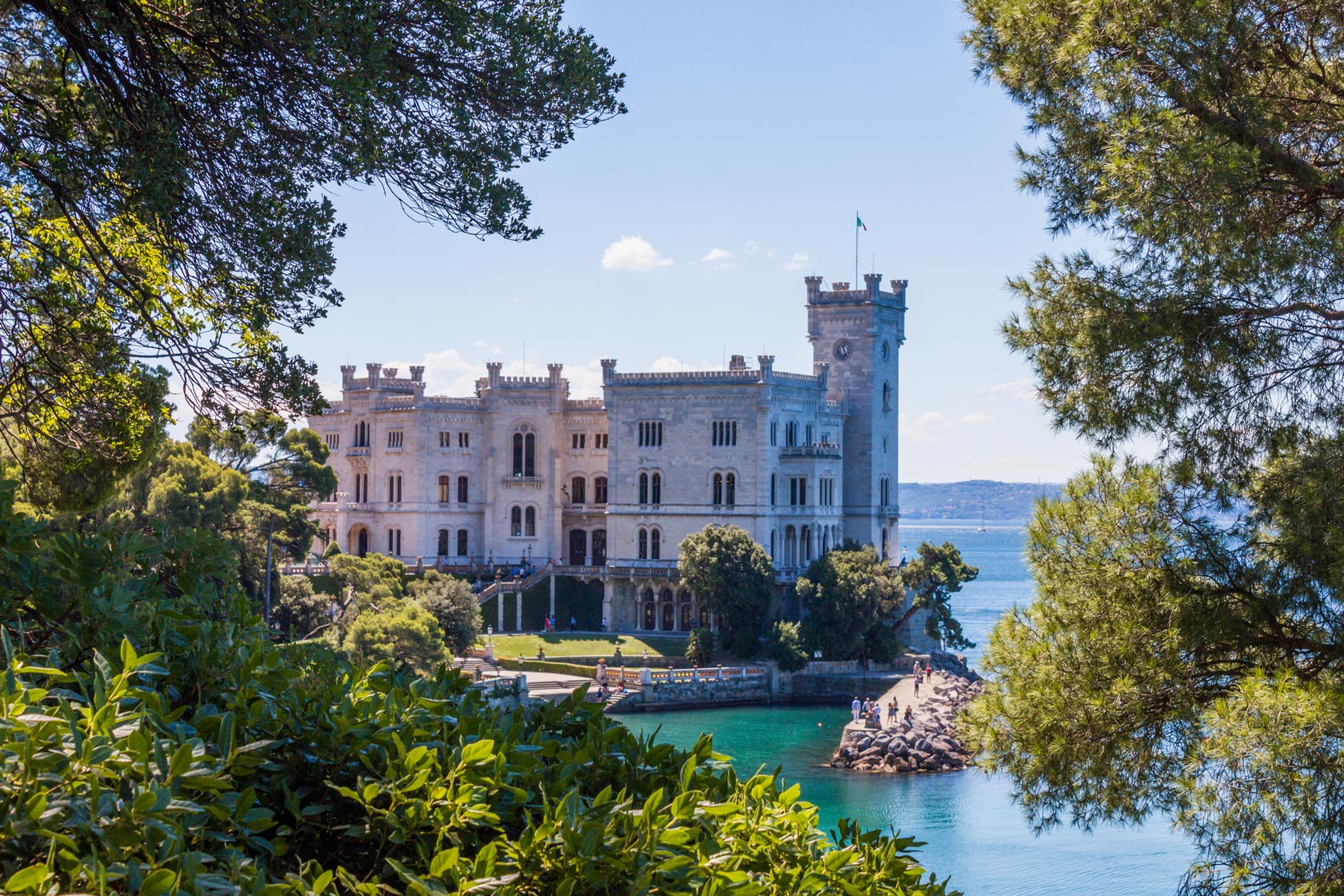 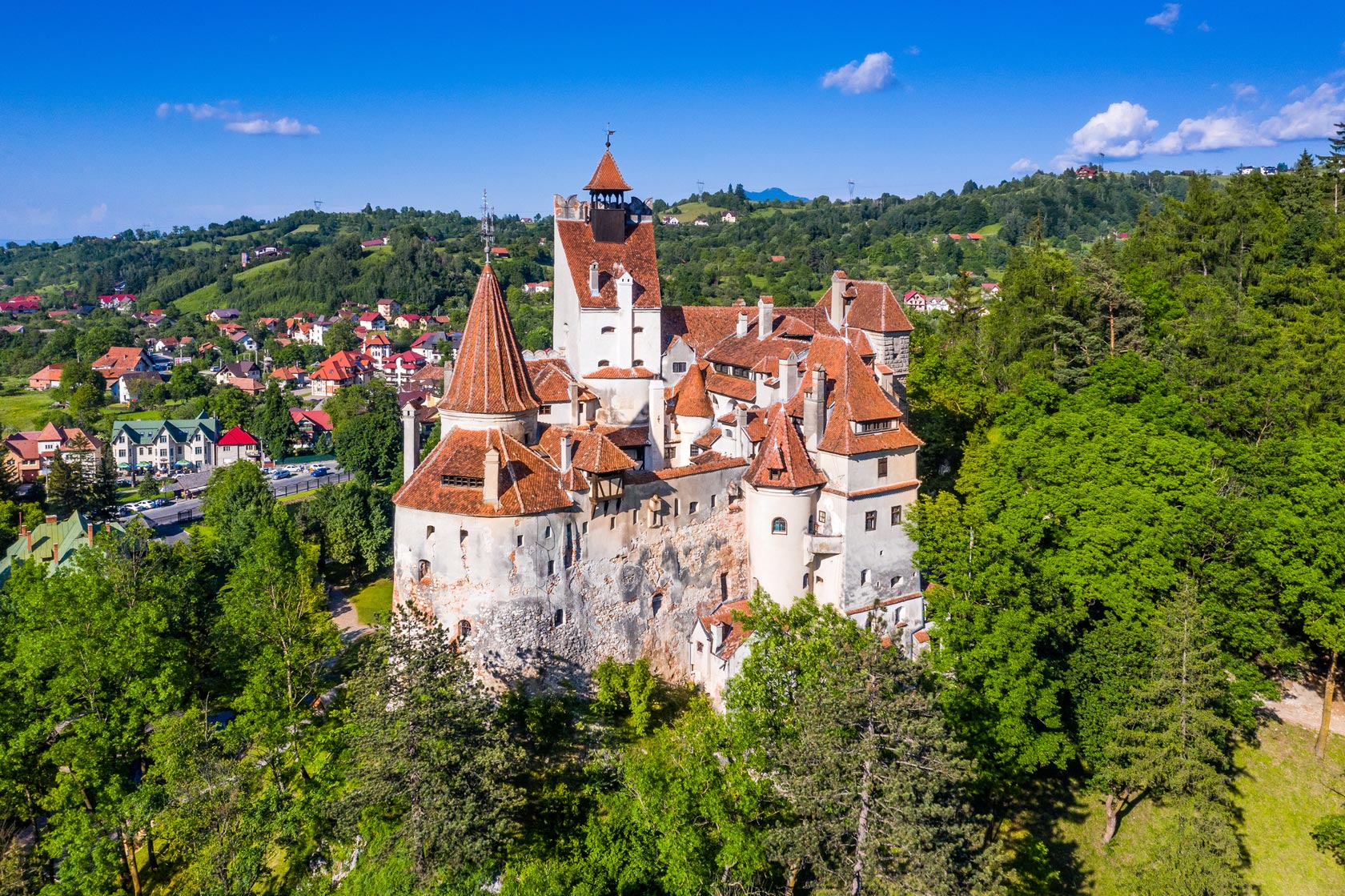 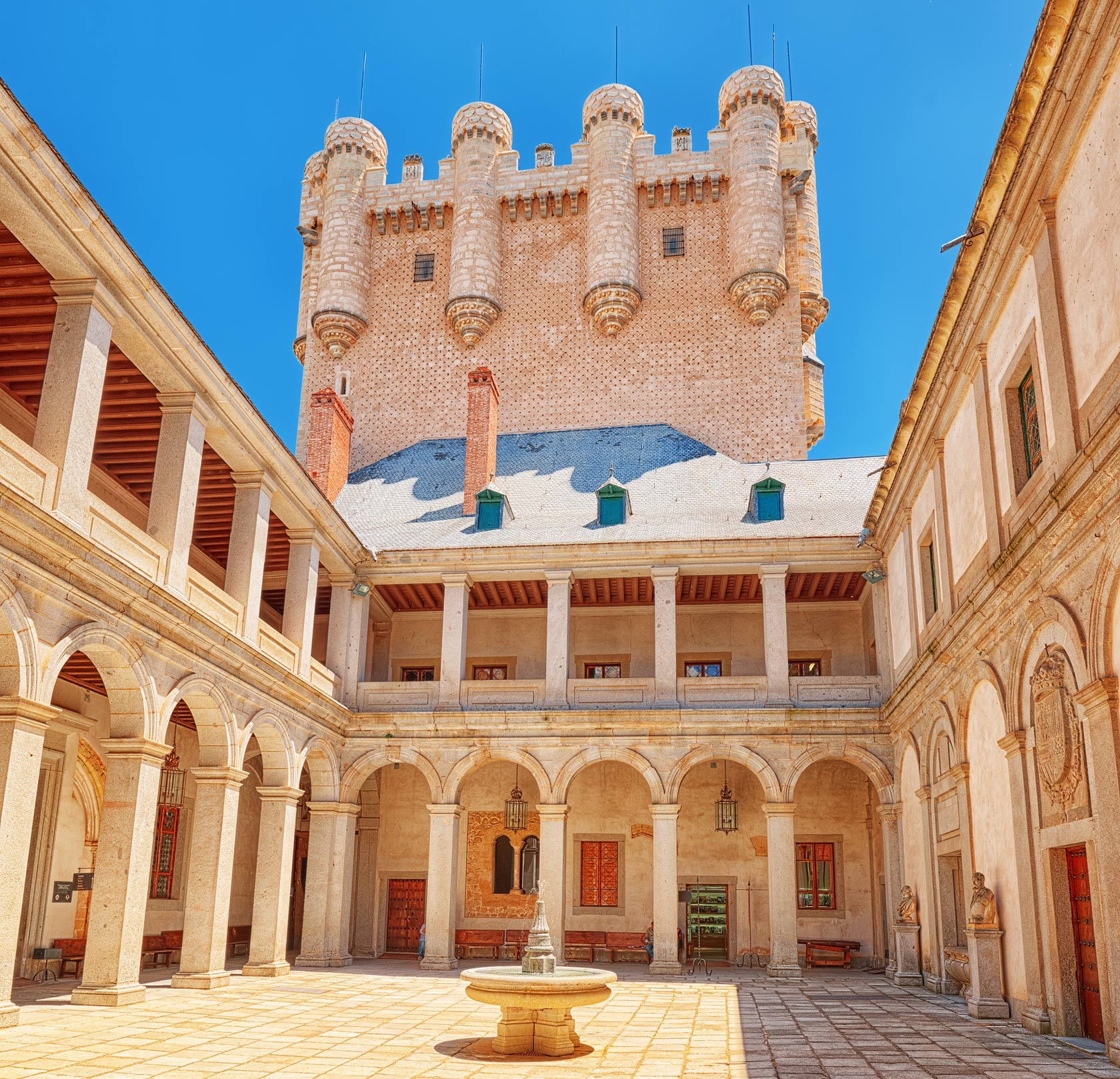 More space is just one of the reasons to opt for a Seabourn Premium Suite.