Walking the streets of Lisbon—the second-oldest capital in Europe—is an experience in and of itself. History clings to every tile, cobblestone, and hill (there are a lot of hills). Greek legend holds that Odysseus founded the city after fleeing from Troy, while history textbooks contend it was first occupied by the Phoenicians. Whatever its origins, this sun-drenched metropolis on the coast of western Portugal has no shortage of historic monuments, breathtaking “miradouros” (more on those later), and one-of-a-kind cultural delights. Read on for a day-by-day guide to maximize your visit.

Know before you go:

Have your most important meal of the day at Mercado da Ribeira, a sprawling food court that has been selling local delicacies since 1882. Sample dishes from some of Portugal’s most renowned chefs (all reasonably priced) and pick up bread, cheese, and fruit to snack on throughout the day.

Once fuelled up, walk to Praça do Comércio, the city’s largest—and, according to many, grandest—plaza in Baixa, the downtown district. Built on the site of the old royal palace that was destroyed in the great earthquake of 1755, this sprawling square is home to many notable landmarks including a bronze statue commemorating King Joseph I, and the Arco da Rua Augusta, a triumphal arch scaling over 100 feet.

Next, head to nearby Avenida da Liberdade, the luxe boulevard built in the 19th century to mimic Paris’s Champs-Élysées, for window (or actual) shopping. You can take Avenida da Liberdade up to Praça do Rossio, a lively square in the heart of Lisbon. Walk along the calçada portuguesa, the square’s wavy cobblestone paving, and then rest your legs at one of the many cafés and bars lining the walkway.

If you’re in the mood for ginja, Lisbon’s iconic liqueur, taste it at A Ginjinha, the tiny world-famous outdoor bar facing the square. Finish the afternoon at Convento do Carmo, a Gothic church atop Carmo hill that offers respite from the flurried activity of the city streets.

The church is near Chiado and Bairro Alto, two popular neighboring districts. In Chiado, don’t miss Bertrand, the world’s oldest bookshop where each room is named after an iconic Portuguese author. End your day in Bairro Alto at one of the district’s many fado houses, where you can dine on traditional Portuguese food while taking in the classic sounds of Lisbon.

Day Two - Something New, Then Something Old: Parque das Nações and Alfama

Lisbon is not all palatial estates and old world charm. Northeast of the city center you’ll find Parque das Nações, a strikingly modern quarter that was built for Expo ‘98. Spend the morning in this riverside neighborhood exploring the futuristic architecture and, if you’re into aquariums, visit the Oceanário de Lisboa, Europe’s largest.

For the second half of the day, step back in time to Alfama, the oldest part of Lisbon. One of the only quarters to survive the devastating earthquake of 1755, it holds many of the city’s most historic landmarks. Begin at Se de Lisboa, the imposing cathedral built by Christian crusaders after they overtook the Moors. Due to successive reconstructions after major upheavals throughout the ages, the architecture crystallizes an array of styles from Romanesque to neoclassical.

Save some energy to scale the São Jorge hill, the highest point of Lisbon where the São Jorge Castle sits overlooking the city. On your way up, stop at the Miradouro das Portas do Sol for breathtaking panoramic views of the Tagus River. The view from the castle is arguably more impressive than the interior, so don’t feel obligated to wait in the always-long line to get inside.

Wind down at Winebar do Castelo, the cozy wine bar at the base of the castle serving hundreds of Portuguese wines. No experience of port or Madeira is needed upon entry; the staff has encyclopedic knowledge of the local varieties and is happy to walk you through it all. After all those hills, you’ll be hankering for a snack, so order one of the bar’s meat-and-cheese boards to keep you going until dinner.

Save your last day to circle through Belém, a riverside district that was the crucial port for Portuguese explorers in the 15th and 16th centuries. Laced with wide promenades and shaded green spaces, this residential suburb feels like an oasis removed from the hustle and bustle of much of the city center.

From the Belém train station, walk along the waterfront to the Padrão dos Descobrimentos, a soaring monument pointing towards the Atlantic that honors 33 heroes of Portugal’s Age of Discovery, including Henry the Navigator and Luís de Camões. Next, continue westward for about 15 minutes to the Torre de Belém, a tower built in the 16th century to defend the capital that is now one of Portugal’s most iconic landmarks. The narrow winding staircases can get quite cramped with tourists, so consider skipping the tour of the interiors.

End your morning at Jerónimos Monastery, a majestic feat of Gothic architecture erected at the height of the Age of Discovery. No expense was spared on this mammoth complex, which took over a year to build and includes a monastery, church, and cloisters (it is also a UNESCO World Heritage site). Before heading into the afternoon, stop for a sugar boost at the Pastéis de Belém—the original bakery where Portugal’s famous custard tart was invented. There will be a line, but this one is worth it.

Finish the day back near the Belém train station at the Museum of Art, Architecture and Technology (MAAT), a wave-shaped art gallery for contemporary Portuguese art. Opened in 2016, it is one of the most modern landmarks in all of Lisbon, and starkly diverges from the centuries-old architecture of the rest of Belém.

If you have an extra day... Take a trip to Sintra

Sintra is not in Lisbon, but if you have the time, it’s worth the trip out of the city. In the foothills of the Sintra mountains, this pastel-hued town of castles and villas looks and feels straight out of a fairytale. Seabourn offers day trips to Sintra for Mediterranean cruises that dock in Lisbon. 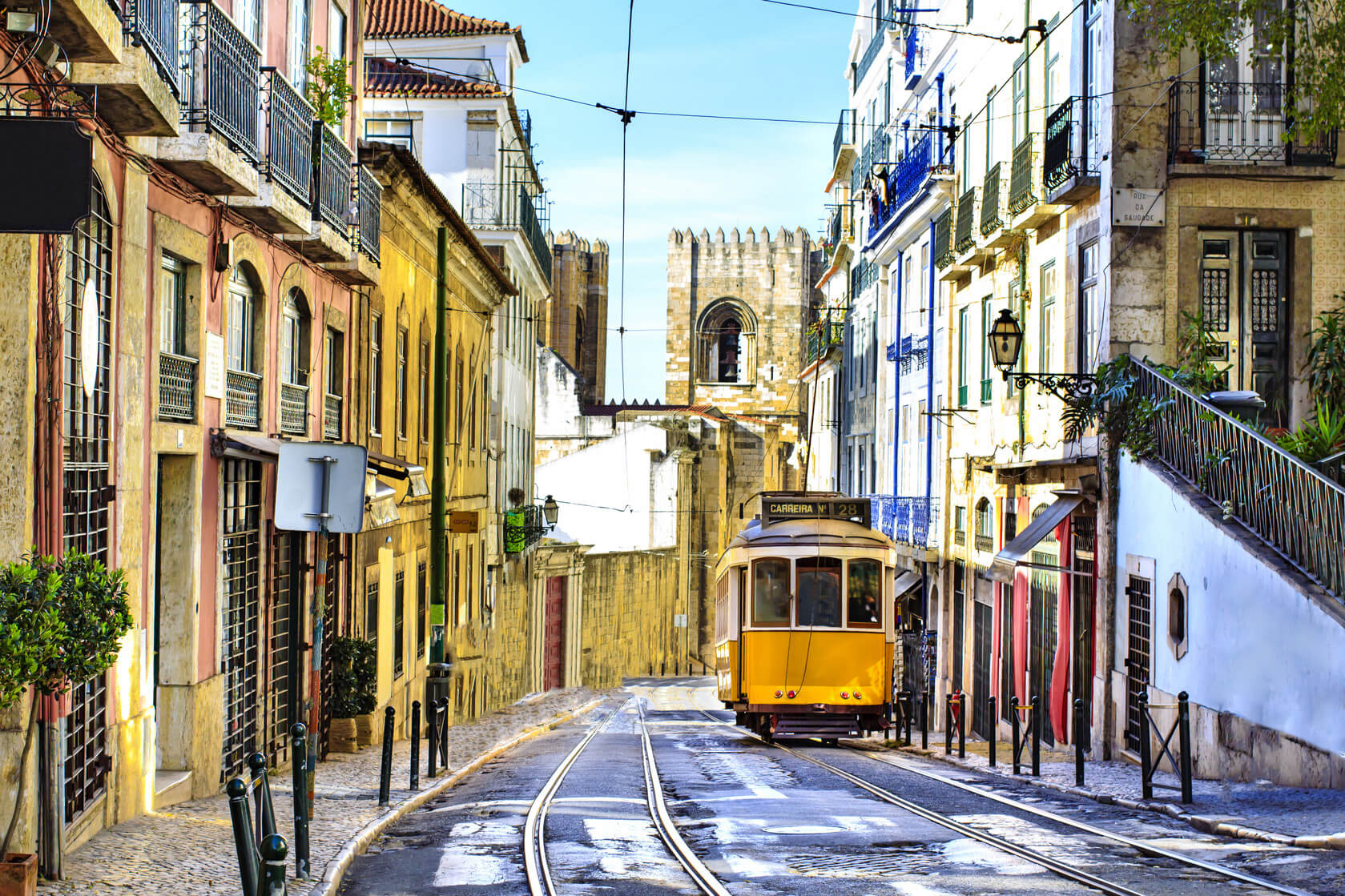 6 Things to Do in Alicante

An inspired confluence of art, culture, and cuisine makes this city one of Europe’s most dynamic