This sun-drenched archipelago is part of Spain, close to Africa, and unlike anywhere else.

The Canary Islands are a subtropical paradise and popular destination for sun-seekers and nature enthusiasts alike. An autonomous region of Spain set in the Atlantic near the Moroccan coast, the archipelago's strategic location made it a natural bridge for travel and trade between Europe, Africa and the Americas – as well as a crossroads for cultures and cuisines.

Each of the eight major Canaries—Gran Canaria, Tenerife, La Palma, Lanzarote, La Gomera, Fuerteventura, El Hierro, and La Graciosa (the last one was officially declared the eighth Canary Island in 2018)—has its own unique personality, yet all share one thing in common: Nature is the main event. This biodiverse hotbed boasts more than 4,000 species, rare laurel forests shrouded in clouds, and miles of soft sand. The best way to explore them is on an ultra-luxury Seabourn voyage that offers authentic, immersive experiences.

Ringed by 150 miles of sun-soaked coastline – including 40 miles of beaches – Gran Canaria is home to the Canaries' capital, Las Palmas, as well as the UNESCO-designated Gran Canaria Biosphere Reserve. The reserve, which covers nearly half the island, encompasses myriad micro-climates and habitats that showcase some 600 species of flora, abundant birdlife, and numerous reptile species like the Gran Canaria giant lizard, which can grow to nearly three feet in length. Hike to the top of 220-foot-high Roque Nublo ("Clouded Rock"), one of the tallest natural crags in the world, for otherworldly views.

The island's mountainous interior reveals ancient settlements, with hundreds of cave dwellings, granaries, cisterns and sacred temples carved into the gorges and cliffs. The largest such complex, Risco Caido, comprises 21 caves covered with important rock art. Risco Caido and the Sacred Mountains of Gran Canaria Cultural Landscape were designated a UNESCO World Heritage site in 2019. Another not-to-be-missed treasure: the Cueva Pintada or Painted Cave, a prehistoric settlement located in the town of Gáldar that is noted for its geometrical rock paintings.

Tropical orchards and vineyards blanket the fertile Agaete Valley; it is also one of the only coffee growing regions within Europe and among the world's most northernmost. Beach lovers can head to Playa de Maspalomas, known for its sand dunes and 19th-century lighthouse, or Playa de las Canteras with more than two miles of sandy shoreline and a pretty promenade. Be sure to sample mojo picón, a traditional spicy sauce served with just about every dish on the island.

The largest and most populated of the Canary Islands, Tenerife's main draw is the UNESCO World Heritage-designated Teide National Park. Located in the island's center, the park takes its name from 12,198-foot-high Mount Teide, Spain's highest point and one of the largest volcanoes in the world. Hike to its summit for spectacular views, or head off on dozens of trails that lead past otherworldly rock formations and colorful lava deposits. The clear, unpolluted skies over Teide National Park make it one of the top spots in the world for stargazing.

Tenerife also is home to San Cristóbal de La Laguna, the Canaries' former capital and another UNESCO World Heritage site. The first non-fortified colonial town in the Spanish kingdom, San Cristóbal de La Laguna, is divided between the original, unplanned Upper Town and the grid-designed Lower Town – a model for Spanish colonial cities across the Americas. You can view some 300 species of orchids and other blooms at the Sitio Litre Gardens in Puerto de la Cruz, sample the islands' famous Malmsey wines at the La Baranda Wine Museum in El Sauzal, or spend an afternoon mingling with locals in Plaza de España, Santa Cruz de Tenerife's central square.

There is an extraterrestrial vibe to Lanzarote, particularly in the lunar-like Timanfaya National Park. Timanfaya ("Fire Mountains") can only be visited on a guided tour due to the unpredictable geothermal terrain, where temps just below ground can reach 1,100 degrees Fahrenheit. It also is the surreal setting for the restaurant El Diablo, where chefs barbecue over a dormant volcano. Arrecife, Lanzarote's compact capital, welcomes with a pleasant promenade and buzzy, narrow backstreets surrounding its saltwater lagoon. Visit the 16th-century Castillo de San Gabriel, located on a tiny islet accessed by a pedestrian-only causeway. Another former fortress, the 18th-century Castle of San José, now houses the International Museum of Contemporary Art; its acclaimed collection includes several pieces by Manrique, Picasso and Miró.

Lanzarote was the birthplace of the celebrated painter, sculptor and environmental artist César Manrique, whose influence can be found around the island. Manrique's motto, "Art into nature, nature into art," is on full display at Jardin del Cactus, a stunning botanic garden with more than 1,500 cacti carefully arranged by the artist himself. The Jameos del Agua – a subterranean arts and cultural center, built within a lava tunnel and named for its underground lake – is one of the finest examples of Manrique's extraordinary vision. His former home, which he also designed, has been converted into a museum.

Christopher Columbus set out from La Gomera on his first trip to the Americas. Yet the real claim to fame of this tiny island is Garajonay National Park, one of the finest examples of rare laurel forest left in southern Europe and a UNESCO World Heritage site. This lush vegetation, nearly permanently shrouded in clouds and mist, includes 450 species of flora, around a quarter of which are endemic.

La Gomera also is home to Silbo Gomero, a unique language that is whistled rather than spoken. Used to communicate across the island's large valleys, Silbo Gomero was in danger of dying out before a 1990s initiative that made it a compulsory subject for primary schoolchildren. UNESCO designated it a "Masterpiece of the Oral and Intangible Heritage of Humanity" in 2009.

The smallest and youngest Canary, El Hierro was once considered the western edge of the world. Today it is recognized as both a UNESCO World Biosphere and UNESCO Geo Park, the first island in the world to claim both titles. El Hierro's rich biodiversity includes marine and coastal habitats, pine forest, evergreen woodlands, sheep-herded highlands and windswept juniper trees sporting bizarrely twisted branches. Soak in the dramatic El Golfo valley from the Mirador de Jinama and Mirador de La Peña viewpoints – both designed by César Manrique – and snap photos of the iconic Roque de la Bonanza, a natural stone arch just a few miles from Puerto de la Estaca. 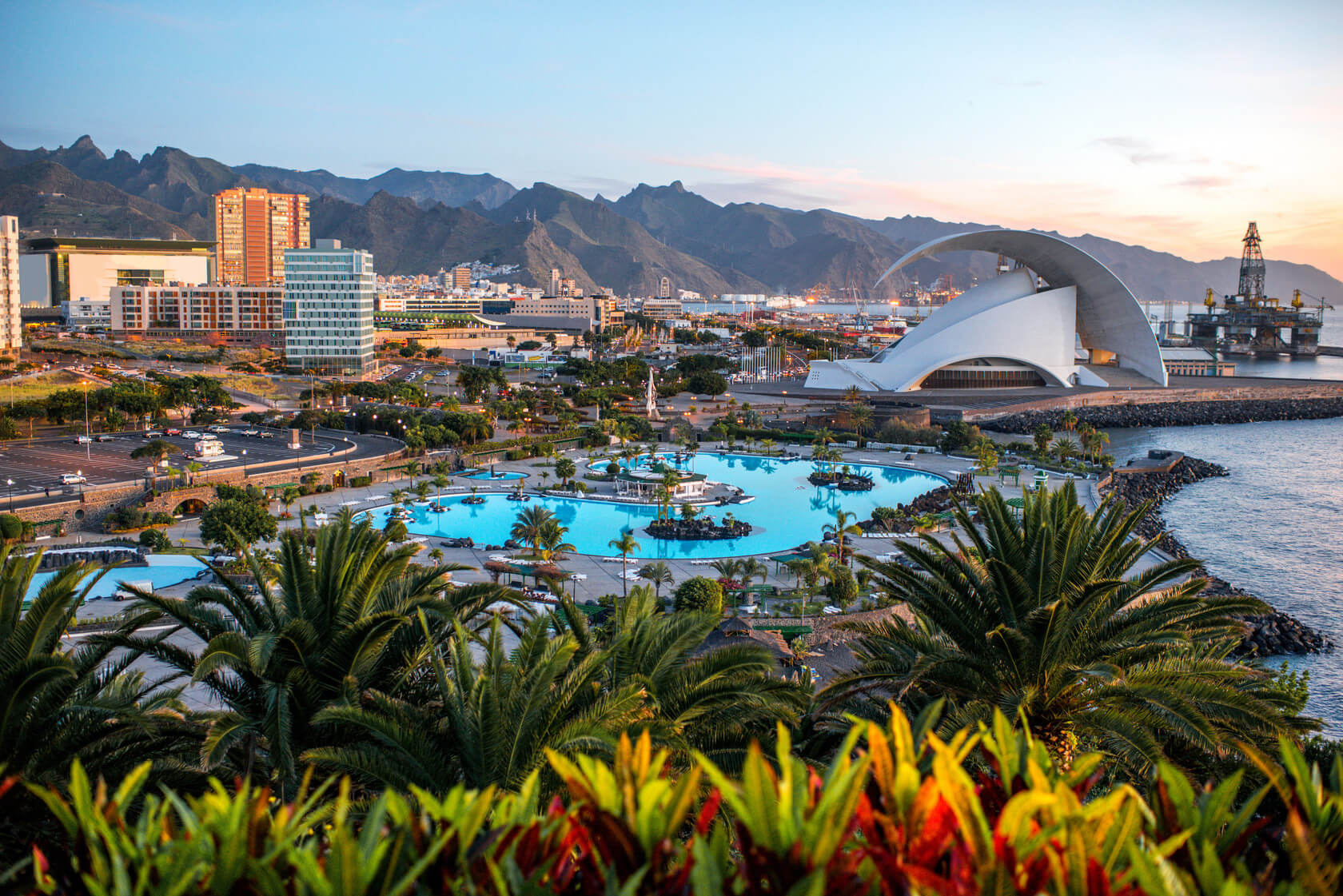 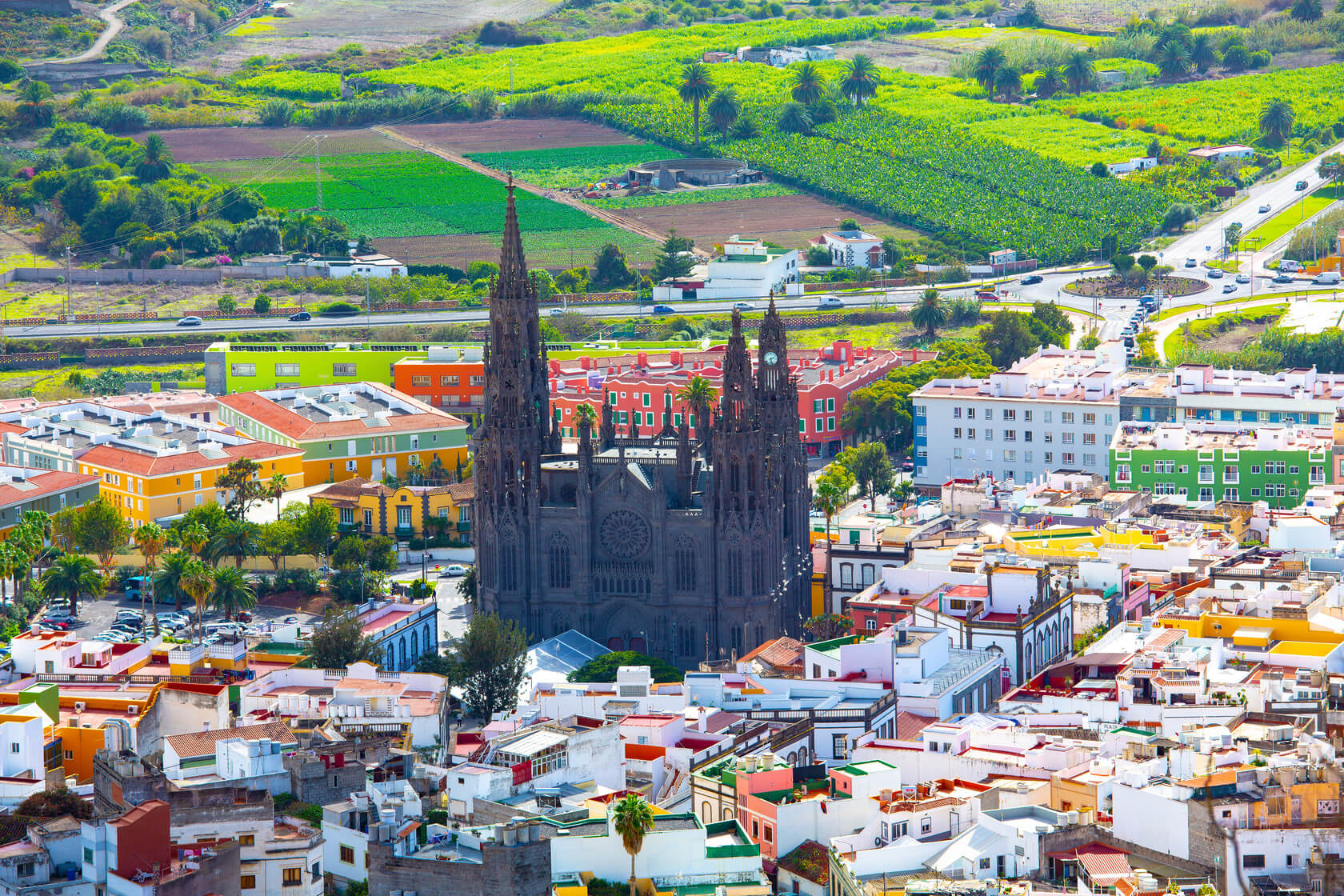 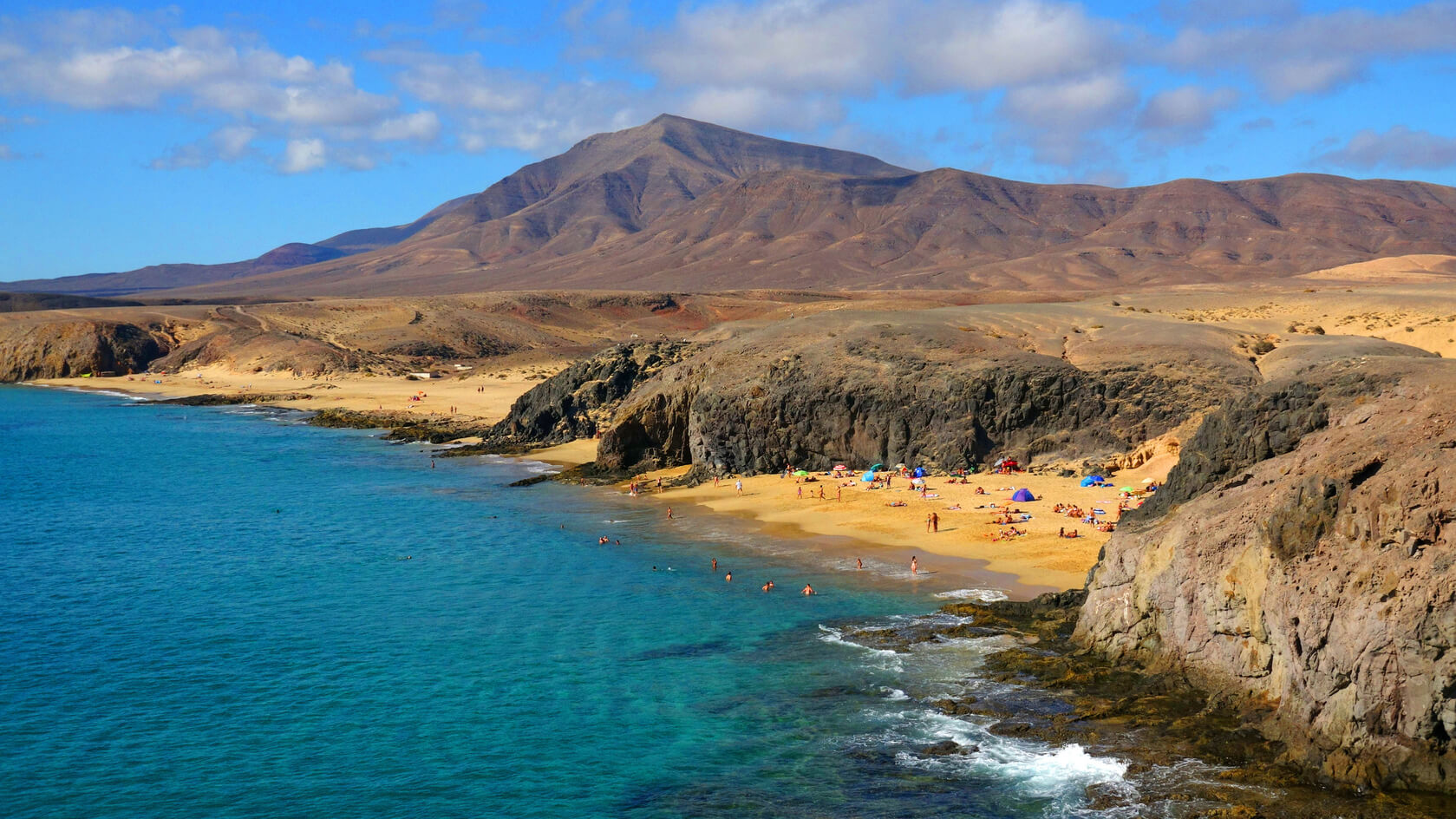 An inspired confluence of art, culture, and cuisine makes this city one of Europe’s most dynamic