From windswept beaches to tropical gardens, these islands surprise and delight visitors.

The islands of the United Kingdom defy easy description.

There are windswept beaches and pristine landscapes that are uniquely beautiful in locations nearly in the Arctic; warm microclimates that create rich environments for tropical gardens; white sand beaches framing aqua water; and stunning cliffs, crystal lochs (lakes), and staggering hilltop views. Not to mention the diverse historical sites — as unique as the islands themselves — including fascinating medieval castles, Victorian gardens, and prehistoric villages, found throughout these spots.

Many islands are hidden gems, not easily seen by travelers due to their remote locations, making an ultra-luxury Seabourn voyage the ideal way to experience some of the most magnificent islands in the region.

Here are some of the most spectacular islands to visit in the United Kingdom:

Isle of Wight, England
The Isle of Wight, located off the south coast of England, is separated from the mainland by the Strait of Solent in the English Channel. Even before you arrive, the scenery draws you in. A line of white chalk “needles” 98 feet high form a ridge rising out of the sea that seems like an illuminated pathway directly leading to the island.

Once you arrive, plan to spend time enjoying the picturesque beaches. Yes, beaches. While England may not boast warm water temperatures, the golden beaches here, surrounded by fields of wildflowers and rocky outcroppings, have attracted generations of British vacationers, including Queen Victoria. Her residence, Osborne House, still remains, as does Castle Cowes, built by Henry VIII in 1539.

Isle of Skye, Scotland
Turquoise “fairy” lakes, the chiseled cliffs of Kilt Rock, the verdant green landscape of the Quiraing — there are few more picturesque spots in the world, let alone the United Kingdom than the Isle of Skye.

Note that if someone asks you to visit The Old Man of Storr, it’s an invitation to lace up your hiking boots and head to a 160-foot pinnacle rock that looks out over the calm waters of the Sound of Rassay. The moss-covered outcroppings have the ethereal feel of a fairytale settings and have an equally fantastical tale to accompany them: legend has it that the area’s unusual shape comes from a giant buried underneath.

The Isle of Skye is the most northern of the Scottish Hebrides islands, and is accessible to mainland Scotland by the Bridge of Skye.

Isle of Islay, Scotland
Port Ellen is a photographer’s dream, with rows of whitewashed cottages that ring a sheltered bay on Islay’s southern coast. History runs deep on this southernmost of the Inner Hebrides islands, with highlights including the 8th-century Celtic Kildalton High Cross, along with the old parish church ruins and carved medieval grave slabs.

The ruins of Dunyvaig Castle, built between the 13th and 16th centuries, overlook Lagavulin Bay. And a number of prehistoric sites can be spotted on Isle of Islay, too, including a Bronze Age standing stone at Kilbride. You’ll also spot a number of whisky distilleries; Bowman, the first distillery, was established here in 1825.

St. Mary’s, Isles of Scilly, England
Dramatic seascapes of misty rugged coves and long stretches of pristine white sands come together in an area of just 2.5-square miles to create one truly picturesque destination of St. Mary’s, part of the Scilly archipelago southwest of Cornwall.

And it’s not just the wild nature here that will impress; St Mary’s is also the home of Tresco Abbey gardens, a subtropical botanical paradise planted in the ruins of a Benedictine priory in the 1830’s. The gardens’ impressive collections comprise 20,000 plant species – including towering palms and hundreds of flowering varieties—from far flung warm locales such as New Zealand, South America, and South Africa.

Lunga, Treshnish Isles, Scotland
Largest of the Treshnish Isles, Lunga is an oasis for avian and flora enthusiasts. The archipelago — part of the Inner Hebrides — is a protected sanctuary for nearly 50 species of breeding seabirds including razorbills, European shags, fulmars, and kittiwakes. Not to mention Lunga’s famed puffins — nearly 2,000 pairs breed here each year.

The island’s abundant flora features rare and endangered plants such as wild orchids, primroses, birdsfoot trefoils and sea campions. Lunga was populated until the 19th century, as evinced by a scattering of abandoned houses. Today’s avian inhabitants are joined by Atlantic grey seals, which give birth here during autumn months.

Isle of Bute, Scotland
This tiny panoramic island — only 15 miles long by 5 miles wide — is located just to the west of the southern coast of Scotland. What it lacks in size, it more than makes up for in beautiful beaches and stunning gardens that are fed by natural spring water and feature a sunken garden, and fern species dating back to prehistoric times. A picturesque drive will take you along the lush coastline to majestic Kames Castle and the beautiful Ettrick and Scalpsie Bays and scenic views of the Isle of Arran.

Lerwick, Shetland Islands, Scotland
Although you’re technically still in Scotland when you arrive in the Shetland islands, you’re actually closer to Norway than the United Kingdom when you step ashore. The chilly Scandinavian climate may be a surprise, but it’s worth adding a layer to explore this UNESCO Global Geopark comprising soaring cliffs, crystal sea lochs (lakes), and windswept beaches. You’ll most likely be joined by local wildlife on your explorations of this spectacular natural destination, including waddling puffins, playful otters, and swimming orcas off the coast — not to mention namesake Shetland ponies in green pastured farms.

A highlight of the manmade sort is the Rathlin West Lighthouse, an engineering marvel built into the cliff’s edge, is commonly known as the “upside down” lighthouse. Though there is evidence that the island has was inhabited as far back as the Stone Age, the combination of the rocky shoreline along with powerful tides made this a dangerous port, and you may also spot some of the hundreds of sunken ships from centuries past.

Kirkwall, Orkney Islands, Scotland
Blink, and you may think you’ve arrived in the warm sea breezes of the Mediterranean or Aegean instead of the cold Atlantic when you first see the Orkney Islands. It’s an understandable mistake. At Scapa Flow and the Island of Faray, turquoise waters are ringed with beaches comprised of sugar white sand.

But it’s not just natural beauty awaiting in the Orkneys. Step ashore in Kirkwall and you’ve arrived at a UNESCO World Heritage Site known for its incredible Neolithic monuments — including the Stones of Stenness and the Ring of Brodgar, and Skara Brae settlement — all equally impressive sights on this remote island.

How to visit
An ideal way to experience the myriad delights of the islands of the United Kingdom is on an ultra-luxury Ocean voyage or Expedition including Seabourn Venture’s inaugural season. Unforgettable adventures await in the islands, from explorations of ancient archaeological sites to kayak and Zodiac® visits to seabird colonies and treks to pristine waterfalls, all lead by Seabourn’s world-class Expedition Team, some of the most experienced and knowledgeable guides in the world. 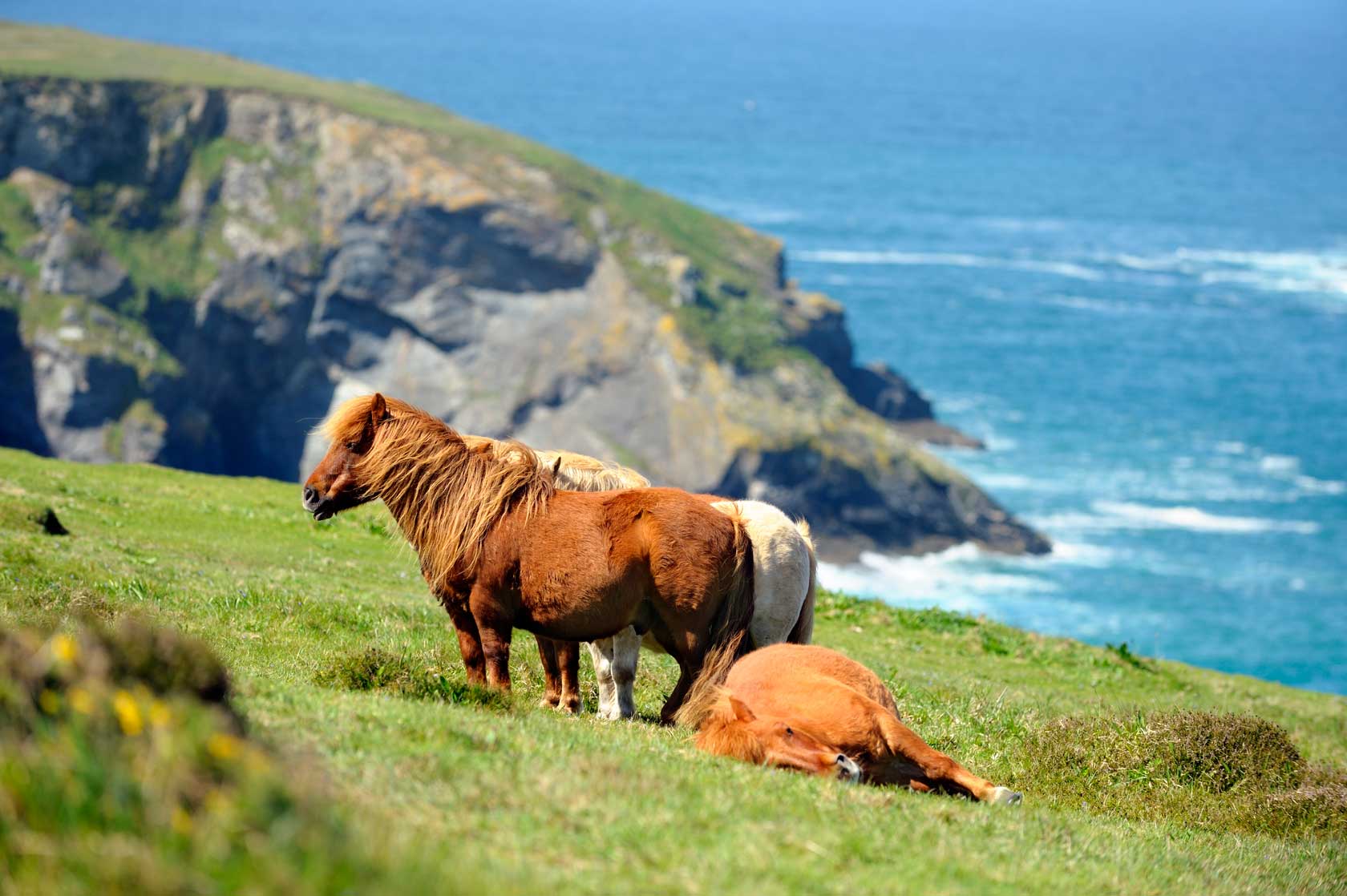 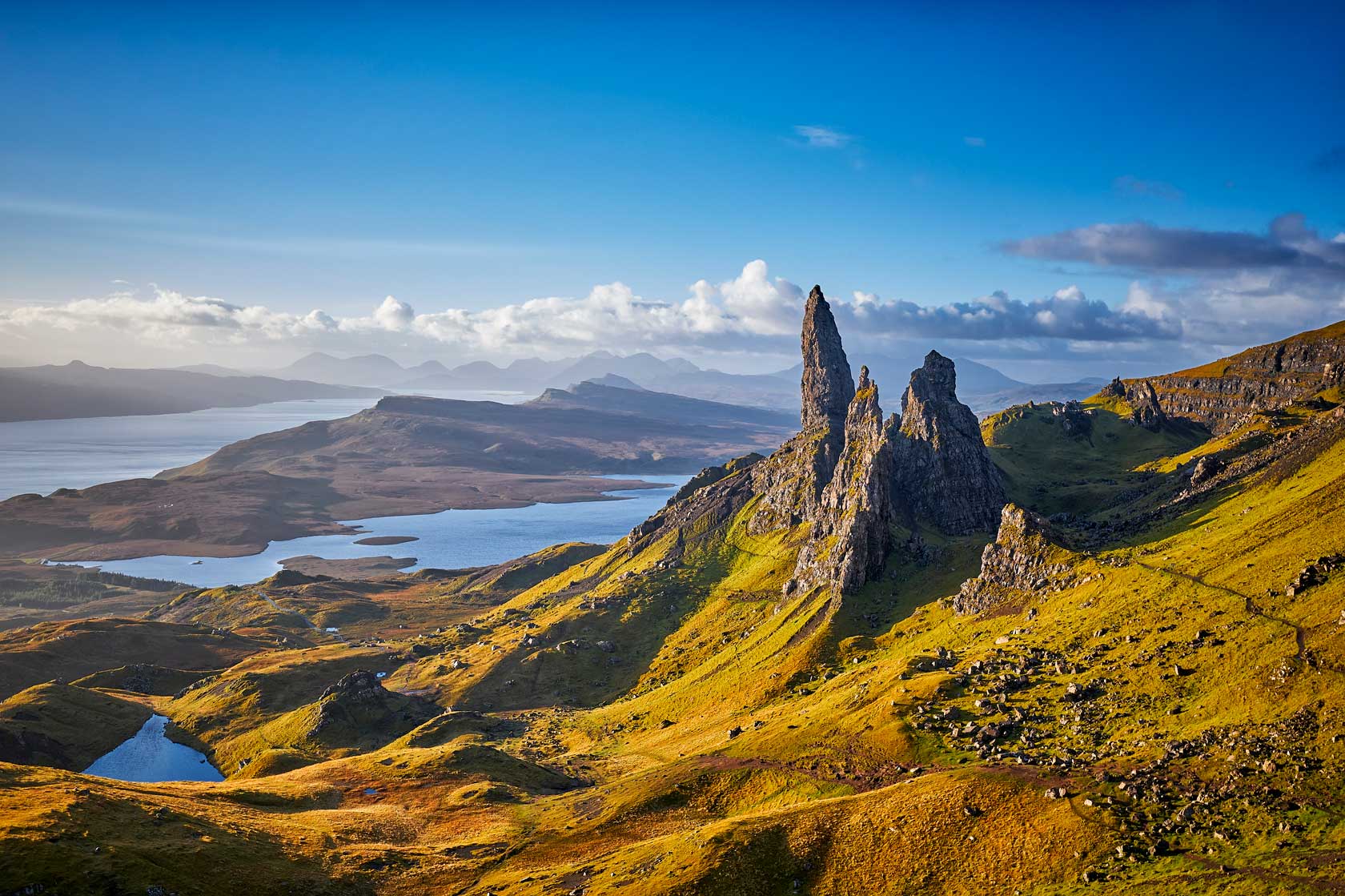