And one magical way to experience them all with Seabourn.

Cleopatra and Marc Antony honeymooned there. Alexander the Great triumphantly drove his chariot along the marbled Royal Road after liberating the city from the Persians. The Apostle Paul preached the Gospel in its famous Amphitheatre, his base for spreading Christianity across Asia Minor.

The city of Ephesus, a UNESCO World Heritage Site, stands as one of the most fascinating sites in all of antiquity. Established by the Ionians in the 11th century BC near the western coast of Turkey, the ancient Greek metropolis flourished for centuries as the Mediterranean’s largest trading center. Under Roman rule (129 BC—3rd century AD), it ranked second in importance only to the Eternal City itself.

An earthquake in 262 devastated much of Ephesus; subsequent fires, riots, plundering Visigoths and other factors did further damage. Silt buildup in its original harbor eventually led to the city’s abandonment in the 15th century when it was more or less forgotten until excavations began in the 1860s. Since then, it has been recognized as one of the best preserved and most important Greco-Roman archeological sites in the world.

Seabourn guests can access Ephesus’s timeless treasures from the port of Kuşadası located a dozen miles away. Just outside the site in the town of Selçuk you will find the Ephesus Archaeological Museum; it provides a wonderful orientation to the site and houses several recovered artifacts and relics, most notably an intricately carved statue of the Greek goddess Artemis dating from 2nd century AD.

The House of the Virgin Mary was lost to history until the 18th century, when the visions of a German nun provided a detailed description and even directions. The resulting excavations uncovered stone foundations dating from the 1st century AD—when Mary would have been alive. A small shrine near Selçuk marks the spot believed to be where the mother of Jesus spent her final years. It is a popular Christian pilgrimage site, and water from an adjoining spring is believed to have curative powers.

Close to the House of the Virgin Mary sit the impressive ruins of the Basilica of St. John, a Byzantine church built in the 500s atop the tomb of St. John the Evangelist. The Apostle is storied to have brought the Virgin Mary here from Jerusalem, then returning later to write his Gospel. Although pillaged for building materials, the impressive restoration provides a glimpse of the structure’s former glory.

Just past the Basilica lies what remains of the Temple of Artemis, considered one of the Seven Wonders of the Ancient World. Today’s ruins do scant justice to this once magnificent structure, also known as the Temple of Diana. Built entirely of marble during the 6th century BC, it boasted more than 120 Ionic columns, each more than 60 feet high, and was nearly twice the size of the Parthenon in Athens. Detailed friezes and other treasures uncovered here are displayed at the British Museum in London.

Wheel ruts of ancient chariots can still be seen in the 4th-century Royal Road or Arcadian Way, Ephesus’s famous 100-foot-wide, white marble thoroughfare; follow it to the incomparable Library of Celsus. This iconic façade, built between 114 and 117 AD, once fronted a two-story library that housed some 12,000 papyrus scrolls and texts—the largest collection in the ancient world after that in Alexandria, Egypt.

Built along the northern slope of Bülbüldağı Hill in the 1st century AD, the Yamaç or Terrace Houses were the former villas of wealthy and aristocratic Ephesians. Restorations continue today at these elaborate dwellings, a few of which have been fully restored to reveal stunning floor mosaics and wall frescoes, along with kitchens and even bathrooms with indoor plumbing.

Just beyond lies the Ephesus Theatre where St. Paul once preached to early Christians. Built in the 3rdcentury BC and expanded by the Romans, the Amphitheatre stood as the largest in Asia Minor with seating for upward of 25,000 spectators who attended theatrical performances, public debates and even gladiator battles there. Sporting near perfect acoustics, it was regularly used until an earthquake did considerable damage during the 5th century AD. Concerts and plays continued to be performed there, and more are sure to follow since the venue reopened in 2021 after a three-year restoration.

One Enchanted Evening
For those visiting Ephesus with Seabourn, the adventure continues well after the ancient site closes to the public. An optional shore event allows guests to experience the ultimate private cocktail party at this amazing archaeological wonder.

Enjoy dinner on board your Seabourn ship before departing for the site. There, fully garbed centurions stand guard as you walk along the ancient Harbor Road toward the Celsus Library, made even more magical by the pastel-hued dusk sky. Empty of all but Seabourn guests, the ruins make a magical backdrop for listening to a chamber orchestra's classical repertoire or special musical guest while enjoying fine wines, cocktails, canapés and stimulating conversation. An enchanted evening, indeed!

Ready to experience the wonders of this historical wonder? Seabourn calls in Kuşadası for Ephesus on a limited number of voyages around the Aegean Sea for you to explore whitewashed Greek islands and gaze at Ottoman wonders in this storied region. 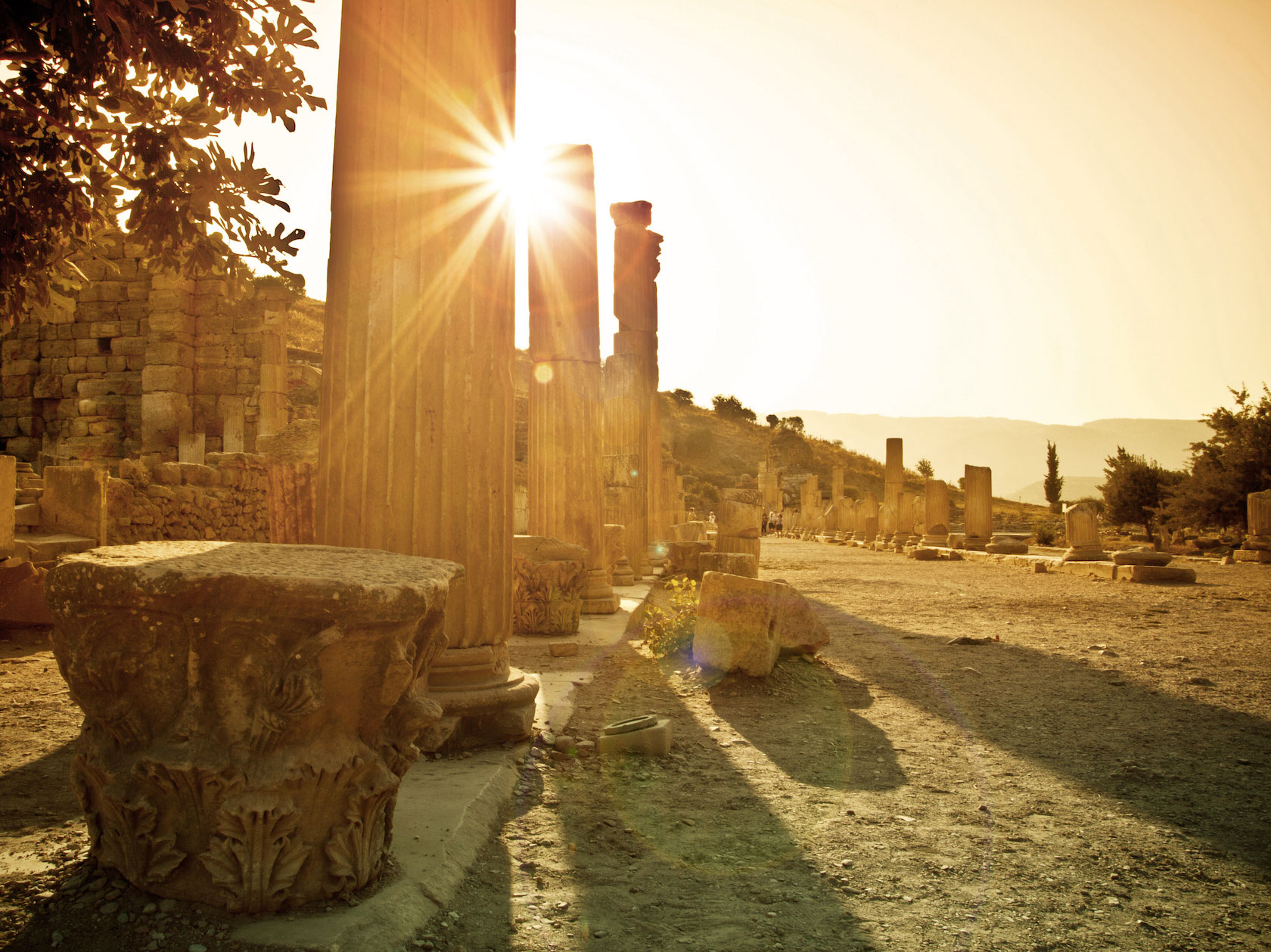 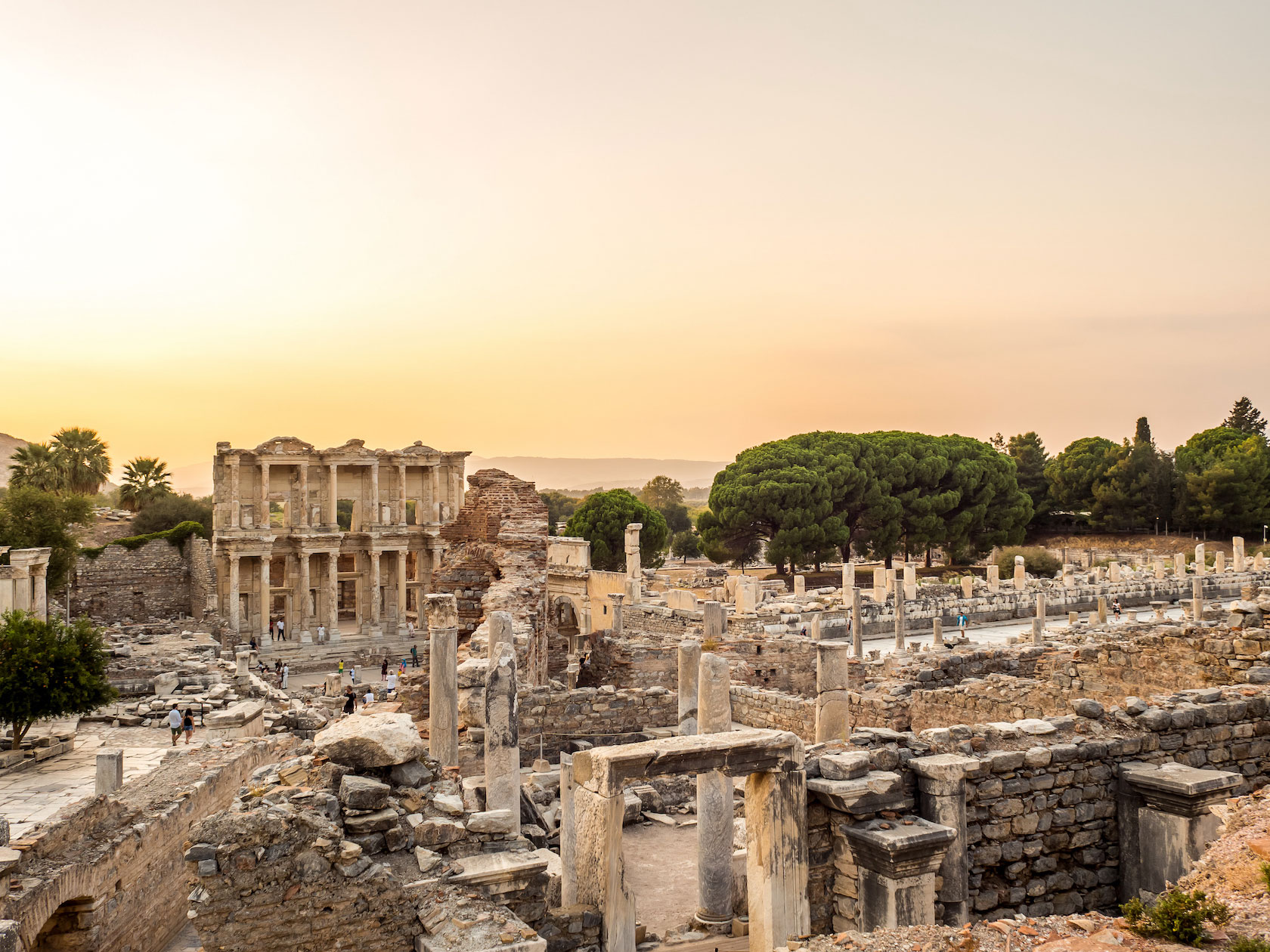 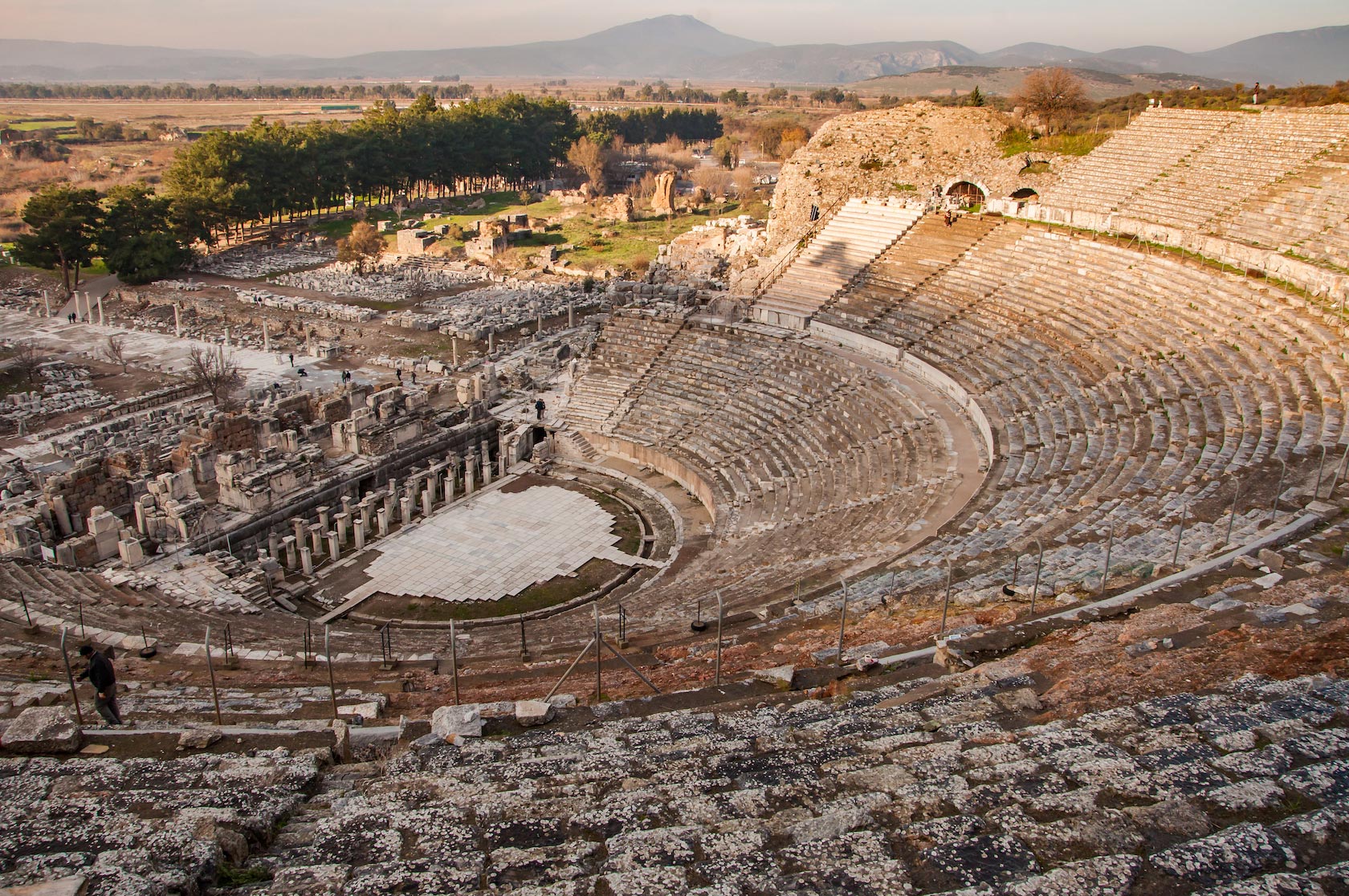