It's one thing to read about Zeus' many rendezvous in Bullfinch's Mythology. It's quite another to stand on the storied island birthplace of his divine twins. Some of the world's greatest myths and legends were inspired by actual sites across the Greek Isles; many are designated World Heritage Sites. Here, we share some of our favorites.

Delos – While modern-day gods and goddesses ply the beaches on nearby Mykonos, those of Greek myth roamed about this island birthplace of Apollo and Artemis. Legend has it that Zeus, the king of the gods, came down from Mount Olympus for one of his many mortal affairs with Leto, and she became pregnant with the twins. His wife, Hera, became so enraged that she banished Leto from all the lands of the earth – but the sea-god Poseidon took pity, and anchored this floating island as a safe place for her to give birth.

Considered sacred by the ancient Greeks, Delos was a popular pilgrimage site and trading port. Today the ruin-strewn islet – a UNESCO World Heritage Site – is regarded as one of the most important sites from antiquity.

Akrotiri – Atlantis has captured the imagination since Plato first extolled the island kingdom in his Dialogues. The fictional utopia was destroyed by a violent earthquake – as was Akrotiri on Santorini (Thira), lending credence to the story that it may be the Greek philosopher's lost paradise. What is known is that, somewhere around 1600 BCE, volcanic ash covered this ancient Minoean city, perfectly preserving it for excavations that continue today. The ruins – often compared to those at Pompeii – reveal a thriving Bronze Age urban center that was highly advanced.

While Akrotiri's finest frescoes now reside in Athens, it remains one of the most impressive archeological sites around the Aegean. For a modern take, visit the Lost Atlantis Experience in Megalochori to interact with a hologram of Plato and relive the volcano's destruction via 9D technology.

Knossos Palace – Labyrinth walking may be the latest mindfulness trend, but these meditative mazes have a rather nefarious origin in Greek mythology. It seems that King Minos, who was vying to maintain control of Crete, asked Poseidon for a pure-white bull as a sign that his aspiration was just. When Minos decided not to sacrifice the animal, an incensed Poseidon made the queen fall in love with it, and she gave birth to the Minotaur – a hideous half-man, half-bull creature with a taste for human flesh.

King Minos hid the monster in an elaborate labyrinth he had built at his palace in Knossos; each year, 14 hapless children were sacrificed to the beast. The Minotaur was eventually slayed by the Athenian hero Theseus, who followed an unspooled string back out of the maze. You can access this fabled site, a UNESCO World Heritage Site, from the port of Agios Nikólaos.

Pátmos – Christian tradition holds that John the Theologian was exiled to this beautiful Greek isle by the Roman ruler Domitian. Taking refuge in a hillside cave, the Apostle received a series of visions that were transcribed into the biblical Book of Revelations. A peek inside the holy grotto, now enshrined in a tiny chapel, reveals the spot where he slept using a rock as a pillow.

The Cave of the Apocalypse remains a popular pilgrimage site, as is the nearby 11th-century monastery dedicated to St. John, which houses a remarkable collection of manuscripts and religious icons. Both have been designated as a UNESCO World Heritage Site.

Colossus of Rhodes – Marking the entrance to Mandraki Harbour on Rhodes are two columns topped by figures of a stag and doe, symbols of the island. They also mark the spots where, according to legend, a massive bronze statue once straddled the port, rising some 110 feet above the placid water. Dedicated to the Greek sun god Helios after a major military victory, the Colossus of Rhodes was toppled by an earthquake in 226 BCE. It is considered one of the Seven Wonders of the Ancient World.

Baths of Aphrodite – Myths tell how the Greek goddess of love liked to bathe in this serene natural grotto, tucked amidst lush greenery along Cyprus's still-wild Akamas Peninsula. It also was the spot where the handsome young Adonis stopped to quench his thirst while out on a hunt. Sipping the refreshing water, he caught sight of Aphrodite and fell instantly in love with her.

When Adonis was killed by a wild boar, the heart-broken goddess pleaded with Zeus, who in turn asked Persephone, queen of the underworld, to spare the young man – only to learn that she too was enchanted by him. Zeus finally consented to let Adonis live, as long as he spent four months each year with both goddesses. 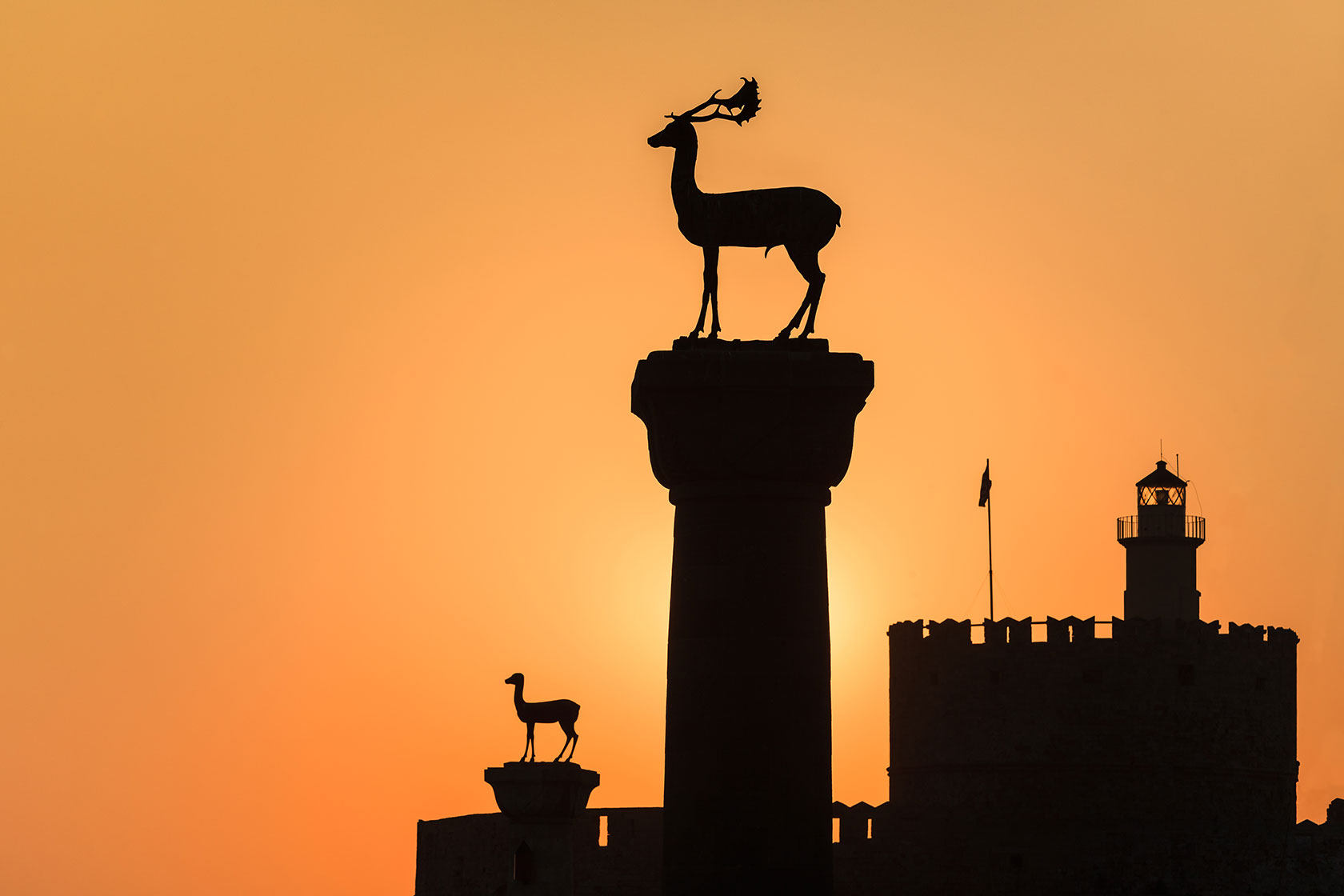 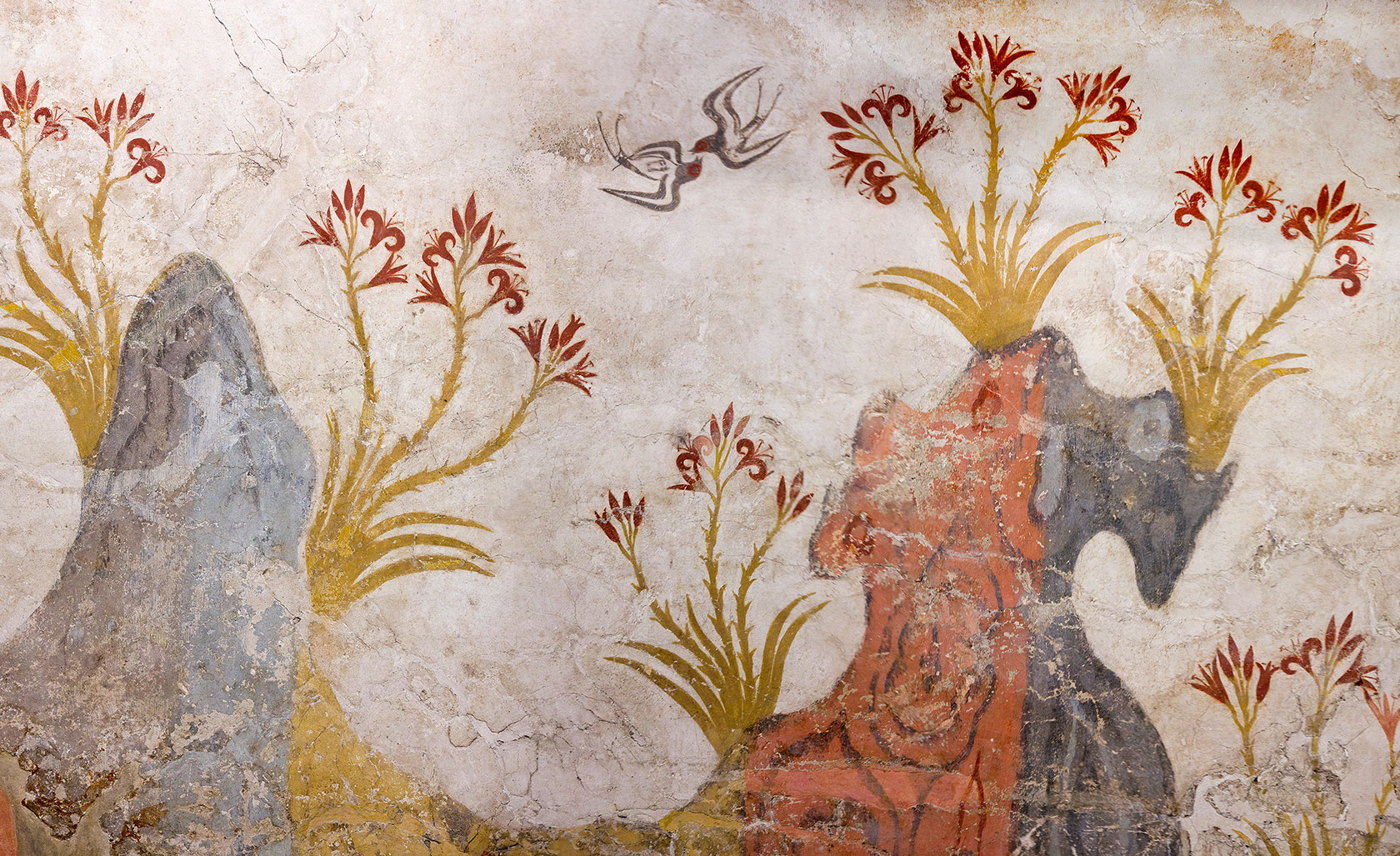 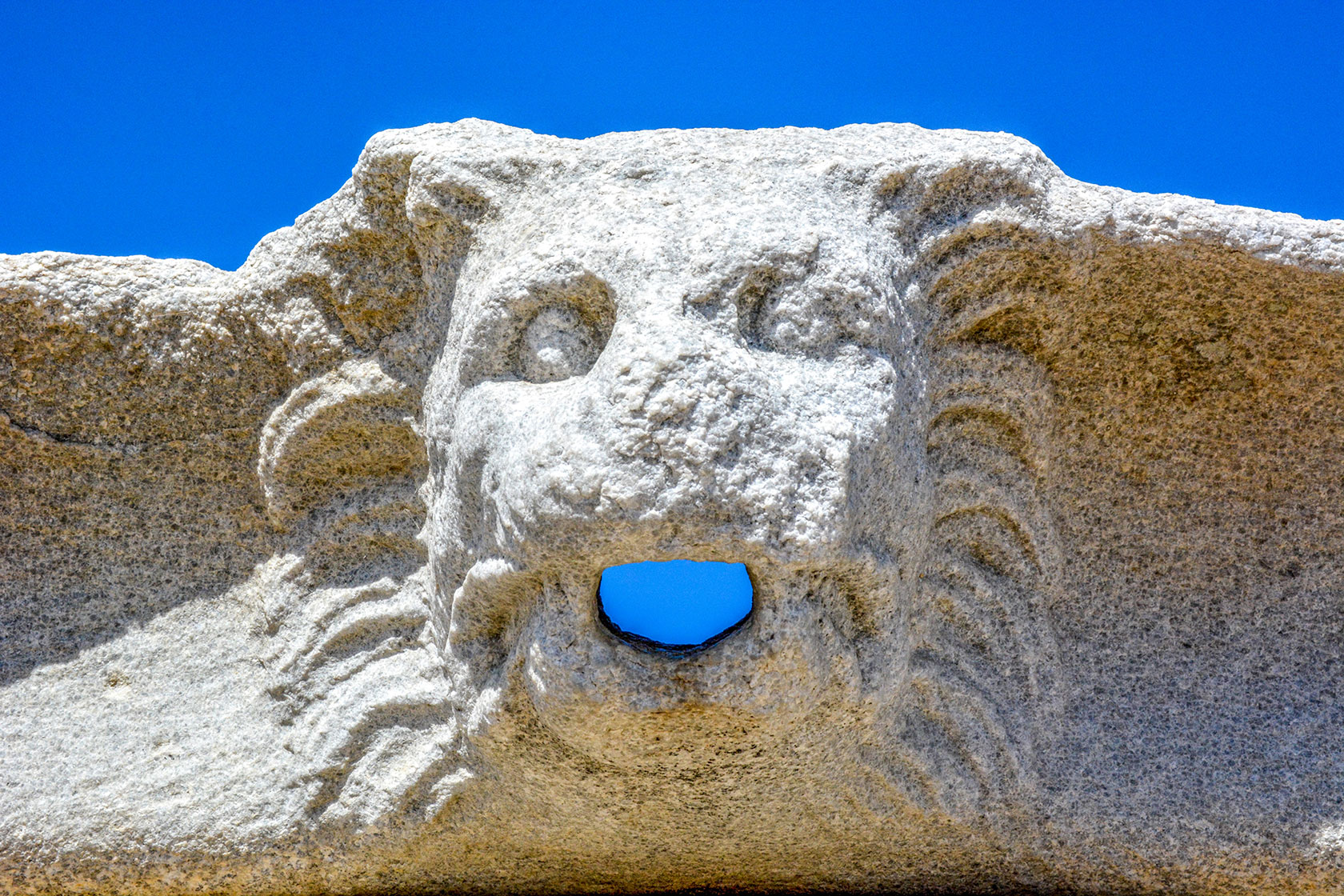 Ancient ruins in the island of Delos in Cyclades

The Fresh Flavors of Greece

6 Tips for a Hassle-Free Embarkation Day

Plan ahead to reduce stress and get your vacation started right.

Top 7 Spots on Santorini to Fill Your Instagram Feed

Our favorite places to snap those iconic Greek Isle pics.