This Italian paradise is a top pick for sun-seekers — but there’s plenty more to explore beyond its spectacular beaches.

To travel to Italy’s Amalfi Coast is to experience one of the world’s most exquisite and storied locations — UNESCO dubbed it a World Heritage Site, noting it’s “an outstanding example of a Mediterranean landscape, with exceptional cultural and natural scenic values resulting from its dramatic topography and historical evolution.” Given the fact that this stretch of coastal cities and towns was settled in the Early Middle Ages, it’s a place filled with priceless cultural and architectural treasures — not to mention natural wonders from vineyards to orchards. Even still, it’s perhaps best known today for its world-famous beaches that draw travelers from around the world seeking relaxation in an environment at once serene and spectacular.

June through September sees the warmest, sunniest weather, with high temps ranging from 75 to 81 degrees F (24-27 C). May is lovely too, if just a bit less warm, with highs averaging 68 degrees F (20 C). November through March are the winter months; while temps are moderate (rarely venturing below 50 degrees F/10 C), these months often see quite a bit of rain. Falling between winter and summer weather are the transitional months of April and October, which see highs around 60-65 degrees F (16-18 C); note October can sometimes be rainy.

May through September are overwhelmingly regarded as the best times to visit thanks to the sunny, warm weather. Just note that this is a popular spot for summer vacationers, so June through August can get busy. Many don’t mind that at all, but if you prefer a slower pace and you’re willing to sacrifice a few degrees in temperature, you might find May or September the best time to visit. April and October are also more-than-pleasant months to visit. November through March are considered off-peak and they’re the least optimal times to visit due to the frequent rain and the fact that many coastal hotels, restaurants, and attractions are closed at this time. That said, there’s still plenty open year-round in the main cities and towns, especially Naples and Sorrento. So if you’re going in the winter, there’s still a lot to do in these two charming cities. Just pack your jacket.

Open during peak season, the area’s pristine beaches are some of the most beautiful in the world, and there’s no shortage of spectacular options. Here are some of the best of the best. Positano’s main beach, Marina Grande, is a classic see-and-be-seen scene; an upscale clientele, perched under bold-hued umbrellas, packs the expanse of sand between the city’s beautiful old buildings and a cove of turquoise water. And Spiaggia Arienzo, a similarly colorful yet slightly more serene option in Positano, is known for its memorable approach: a stone staircase descending through the surrounding landscape leads to the sandy shoreline (giving the beach its alternate name: “300 Steps Beach”).

In the city of Amalfi, head to Il Duoglio if you’re planning on doing more than just sun-bathing; it’s loved for its crystal-clear water, and its beach club puts a variety of activities at your disposal, from paddleboarding to windsurfing. And its well-reviewed restaurant, Lido degli Artisti, is a draw all on its own. The much more low-key Santa Croce, only accessible via boat from Amalfi, is often less crowded due to its more secluded location in a rocky inlet — but it’s as amenity-filled as all the others (there are two beach clubs here, so you’re never far from a comfortable lounger, oversize umbrella, and a Campari and soda).

And if you’re looking to make like a local, head to Gavitella Beach in Praiano, and lay out your towel on the concrete “piattaforma” overlooking the sea, especially as evening rolls around: The beach’s southwestern exposure results not just in maximum sun during the day, but also breathtaking sunsets that the area’s regulars routinely enjoy. It’s all part of life here. (You can also rent a sunbed from the beach club if you’re looking for a more pampered experience.)

Cultural Activities for Whatever Weather

As noted above, while the Amalfi Coast is a summer destination for many, there are some architectural and cultural attractions that know no season (and, for that matter, also transcend time). One shining example of that is the Museo Correale di Terranova: Located in an 18th century villa that is in itself a work of art, this Sorrento museum houses fine art, ceramics, table clocks, furniture, precious glass, and historic artifacts from both the region and around the world — all (including the villa itself) donated by two counts, Alfredo and Pompeo Correale, in the 1920s. The Sorrento Cathedral, open daily year-round, is another treasure. Built in the 11th century, its rather understated exterior (the result of multiple restoration efforts) doesn’t represent how spectacularly detailed it is inside, with everything from 17th century frescoes to a carved marble archbishop’s throne. Intricate Sorrentine wood inlays and historic paintings by local artists complete the picture. Lastly, while you’re in Sorrento: don’t leave without sampling some Limoncello; this is the region where the lemon liqueur originated.

In Positano sits arguably the most talked-about historical treasure in the area in recent memory: the Museo Archeologico Romano (MAR), more casually referred to as the “Roman villa.” One of the most significant archaeological finds in the area in decades, this villa, buried by the eruption of Vesuvius in 79 A.D., was rediscovered just a few years ago. And thanks to a spectacular renovation, visitors can view the structure, with its astounding frescoes, stucco decorations, and paintings. The villa is buried under the Church of Santa Maria Assunta — itself an iconic part of the Positano landscape, with its dome covered in yellow, green, and blue majolica tiles that shimmer in the sunshine.

Another one of the area’s most popular museums is also one of its most unique: the Paper Museum, in Amalfi. Housed in a 14th-century paper mill, the museum pays tribute to Amalfi’s storied tradition of paper-making, most notably its “bambagina” — a buttery-soft yet thick paper that artists around the world treasure. It’s just one of the evocative spots that makes the Amalfi Coast much more than just a beach destination. 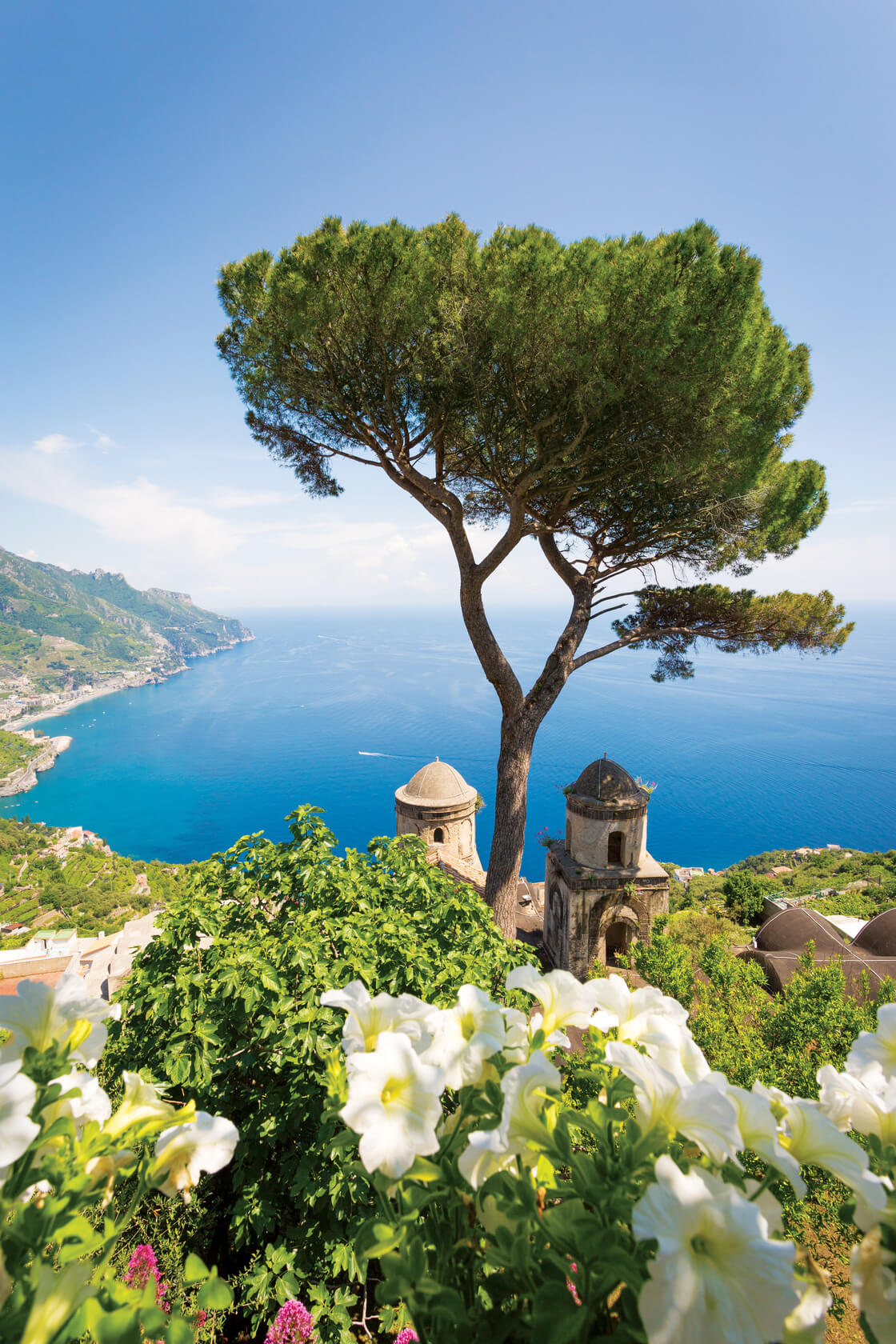 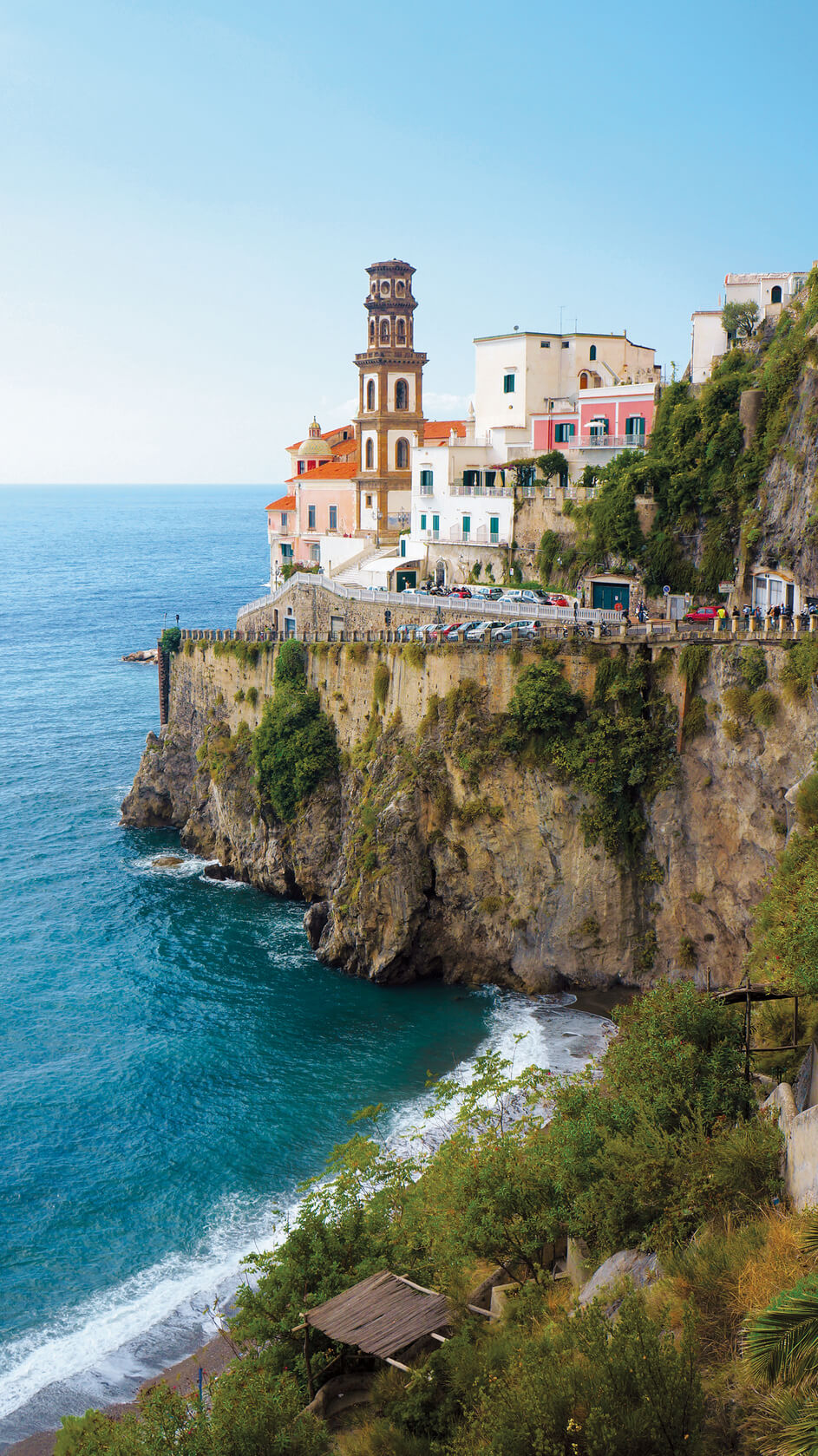 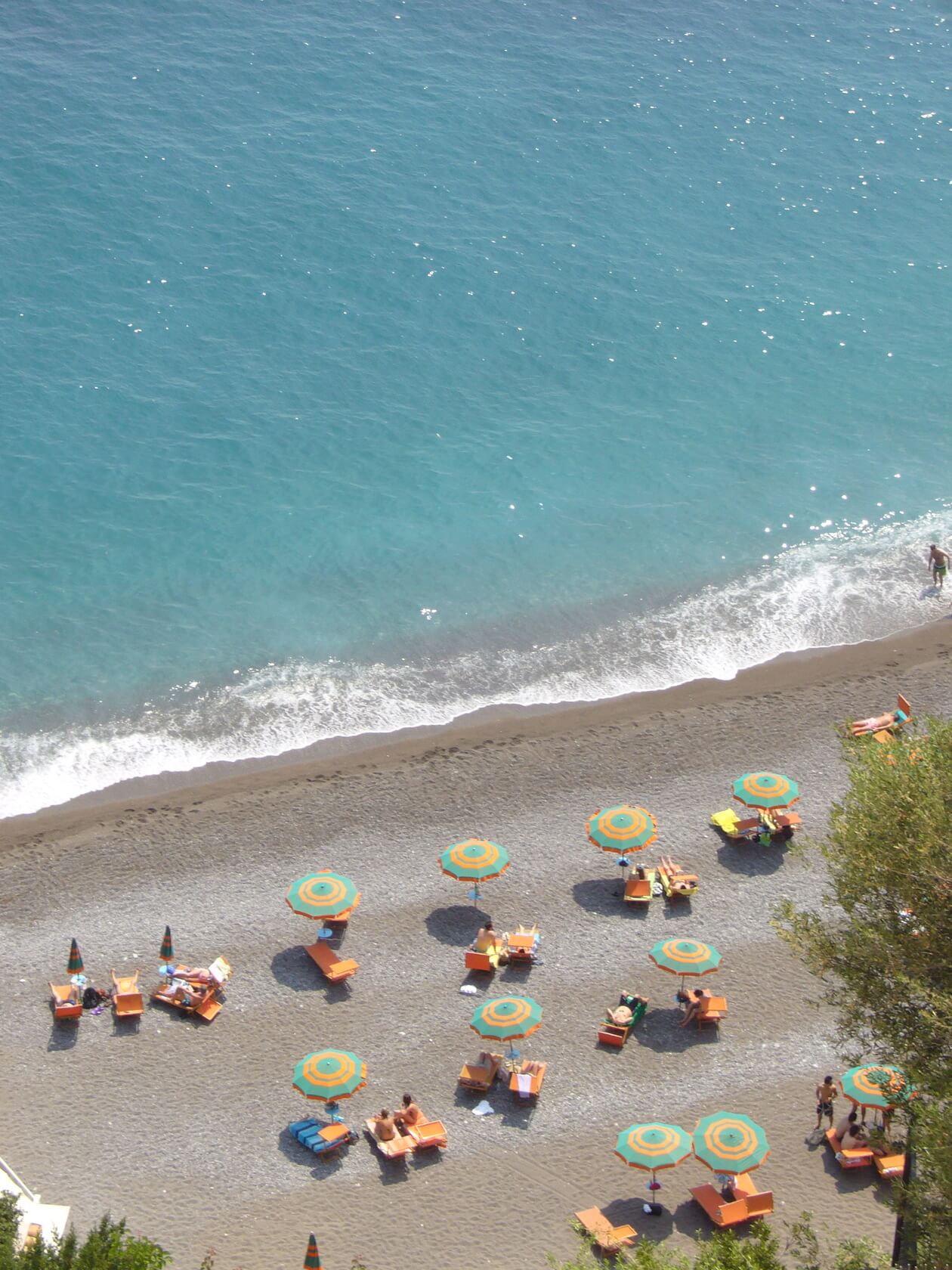 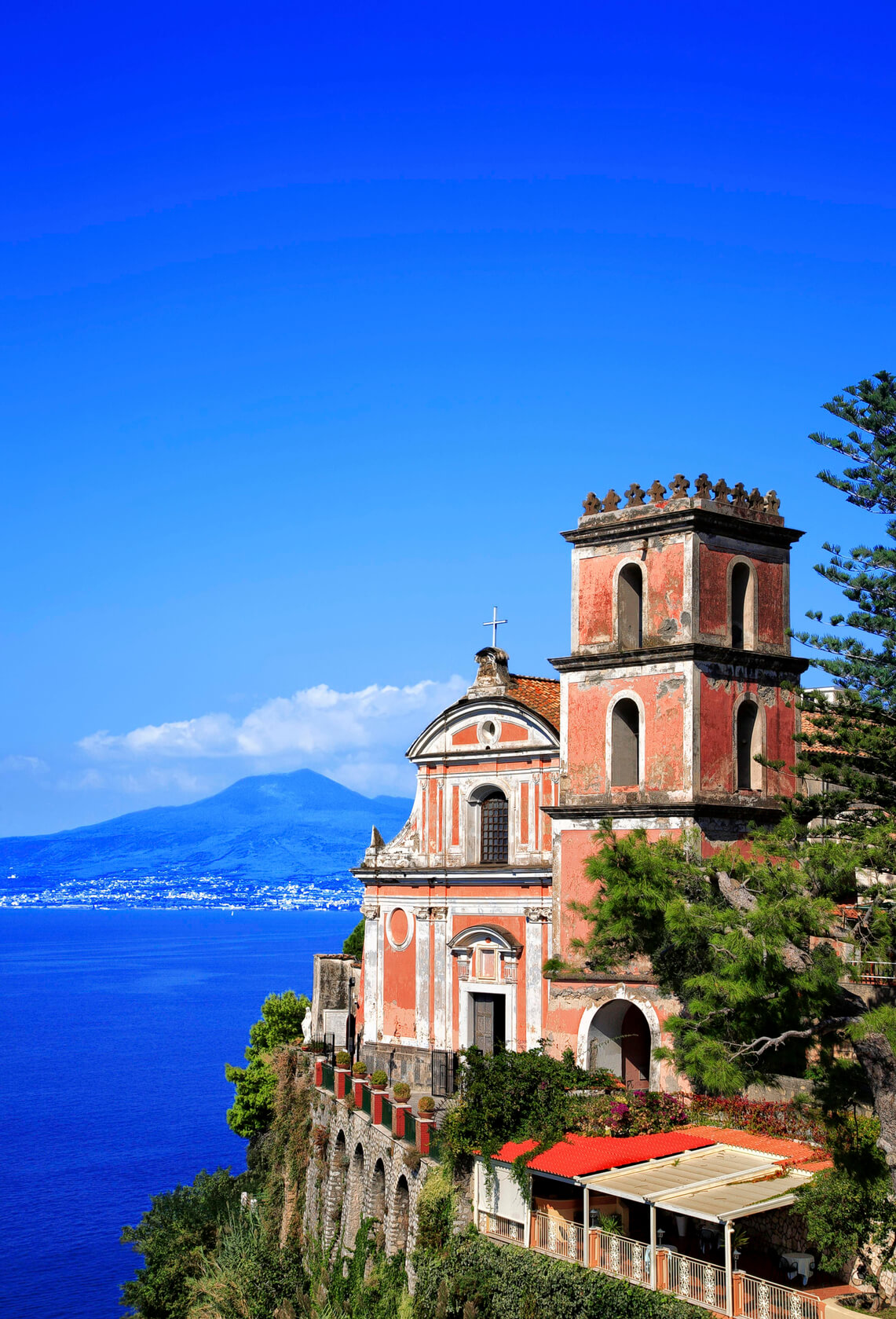 Tags:
Destinations Mediterranean Things to do

Just to level-set: There’s no bad time to visit — and fall in love with — the Eternal City

How to Explore Ostuni

The past propels the present in this exceptionally evocative Italian city