6 Polar Explorers Who Put the Arctic on the Map

Follow in their footsteps on a Seabourn expedition voyage

While the Arctic has inspired humankind's imagination for more than a thousand years, it remains one of the least explored places on the planet. Untold explorers have set out for the Arctic Circle — defined by a line of latitude around 66 degrees north of the Equator – only to be thwarted by its weather conditions and formidable ice pack. Of course, those are moot points for adventurers traveling to the region aboard Seabourn Venture, purpose built to PC6 Polar Class standards. Here, we celebrate a few of those early explorers who forged the icy path.

Erik Thorvaldsson, aka, "Erik the Red" Born in Norway sometime around AD 950, Thorvaldsson earned the moniker "Erik the Red" as much for his fiery temper as for crimson hair. It appears he inherited both from his father who, after being banished from their homeland, moved the family to Iceland, where his hot-headed son was later exiled in AD 982. Having heard rumor of a large landmass to the west, Erik set sail to discover what he came to call "the green land." He returned to Iceland after his banishment and convinced nearly 500 people to join him in settling Greenland, establishing the seat of power at Brattahlið – known today as Qassiarsuk.

Leif Eriksson A 13th-century Icelandic saga recounts how Erik the Red's second son, Leif, sailed from Greenland to Norway, where King Olaf I Tryggvason convinced him to renounce his Norse gods and convert to Christianity. Around AD 1000, Eriksson set off once again to bring his newfound religion – along with the first Christian missionaries – to Greenland.

According to the legend, he ventured off course and crossed the Atlantic, landing on what is believed to be Newfoundland. Eriksson – whose byname is "Leif the Fortunate" or "the Lucky" – is therefore considered to be the first European to reach North America, nearly 400 years before Columbus. The explorer wintered in what he called Vinland (because of the grapes growing there) before sailing back to Greenland, where he established the first Christian church in Brattahlið. A reconstruction of Tjodhilde's Church still stands in Qassiarsuk.

Henry Hudson English navigator and explorer Henry Hudson dreamed of discovering a direct route between Europe and Asia through the Arctic Ocean. He led four harrowing voyages between 1607 and 1611; the first two, financed by the English merchant-led Muscovy Company, took him as far as the Spitsbergen archipelago before being turned back by the packed sea ice. Hudson then secured a third contract from the Dutch East India Company, which hired him to explore northeastern routes to North America.

The explorer set sail from Holland in 1609, but weather conditions soon forced him to abandon the mission. Instead of returning to Amsterdam, however, he continued his search for the elusive Northwest Passage. Hudson ended up navigating the Atlantic seaboard, where he discovered the river that bears his name before crossing back to England. On his final voyage in 1610, he entered what is now Hudson Bay; unable to find an outlet, he sailed aimlessly until winter hit. His crew eventually mutinied and set Hudson adrift in the bay, never to be seen again.

Vitus Bering 18th-century Danish explorer Vitus Bering was lured by the sea as a teenager, traveling to the Dutch East Indies (Indonesia) before joining the Russian army in his early 20s. In 1724, Tsar Peter I – aka, Peter the Great – hired Bering for an expedition to determine if Russia was joined by land to North America. Sailing from eastern Siberia, Bering navigated his namesake strait between the Arctic and Pacific, only to conclude that the two continents were not connected.

His second expedition in 1733 – this time for Empress Anna – led him across the eponymous Bering Sea to the Gulf of Alaska, where he explored the Alaskan Peninsula and Aleutian Islands. Sadly, Bering never got the chance to report his discoveries. His ship was wrecked on the return voyage off the Kamchatka Peninsula on what is now known as Bering Island in 1741.

Roald Amundsen Norwegian Roald Amundsen stands among history's most celebrated polar explorers. Recognized as the first person to reach the South Pole in 1911 – just a month ahead of the British expedition led by Captain Robert Falcon Scott – Amundsen also was the first to reach the North Pole by air in 1926. He joined fellow explorers Lincoln Ellsworth and Umberto Nobile aboard a dirigible (blimp-like airship) between Svalbard, Norway and Teller, Alaska, marking the first recorded crossing of the Arctic Ocean.

Perhaps Amundsen's greatest contribution to polar exploration was the holy grail itself: navigating the Northwest Passage. The purpose of his 1903 voyage was actually to observe whether the magnetic north pole had shifted since its discovery in 1831 (it had). Sailing his small sloop through the Bering Strait in 1905, Amundsen encountered a whaling ship heading in the opposite direction, which confirmed that he would indeed transit the passage – a feat that would not be repeated for more than 30 years.

Robert Peary American Naval officer Robert Peary is credited with leading the first expedition to successfully reach the North Pole. Joined by African American explorer Matthew Henson and a team of Inuits, Peary traversed the sea ice on dog sleds and arrived at the pole on April 6, 1909.
Peary's triumph comes with an asterisk, however, as fellow American Frederick Cook claimed to have reached the North Pole with his own group the year before. Controversy ensued, with neither explorer able to prove that he had indeed arrived first. (Any marker would have been destroyed by the shifting sea ice.) Today most historians give the nod to Peary, since a map of Cook's route showed that he only traveled a short distance across the Arctic Ocean before turning back.

Get ready to follow in the footsteps of these legendary explorers aboard Seabourn Venture, Seabourn's new purpose-built ultra-luxury expedition ship designed to take guests on exhilarating adventures to remote destinations including the Arctic. Featuring a world-class 26-person Expedition Team and outfitted with 24 Zodiacs, double-sea kayaks and two custom-built submarines and latest technology, it's where expedition meets ultra-luxury for adventures without compromises. 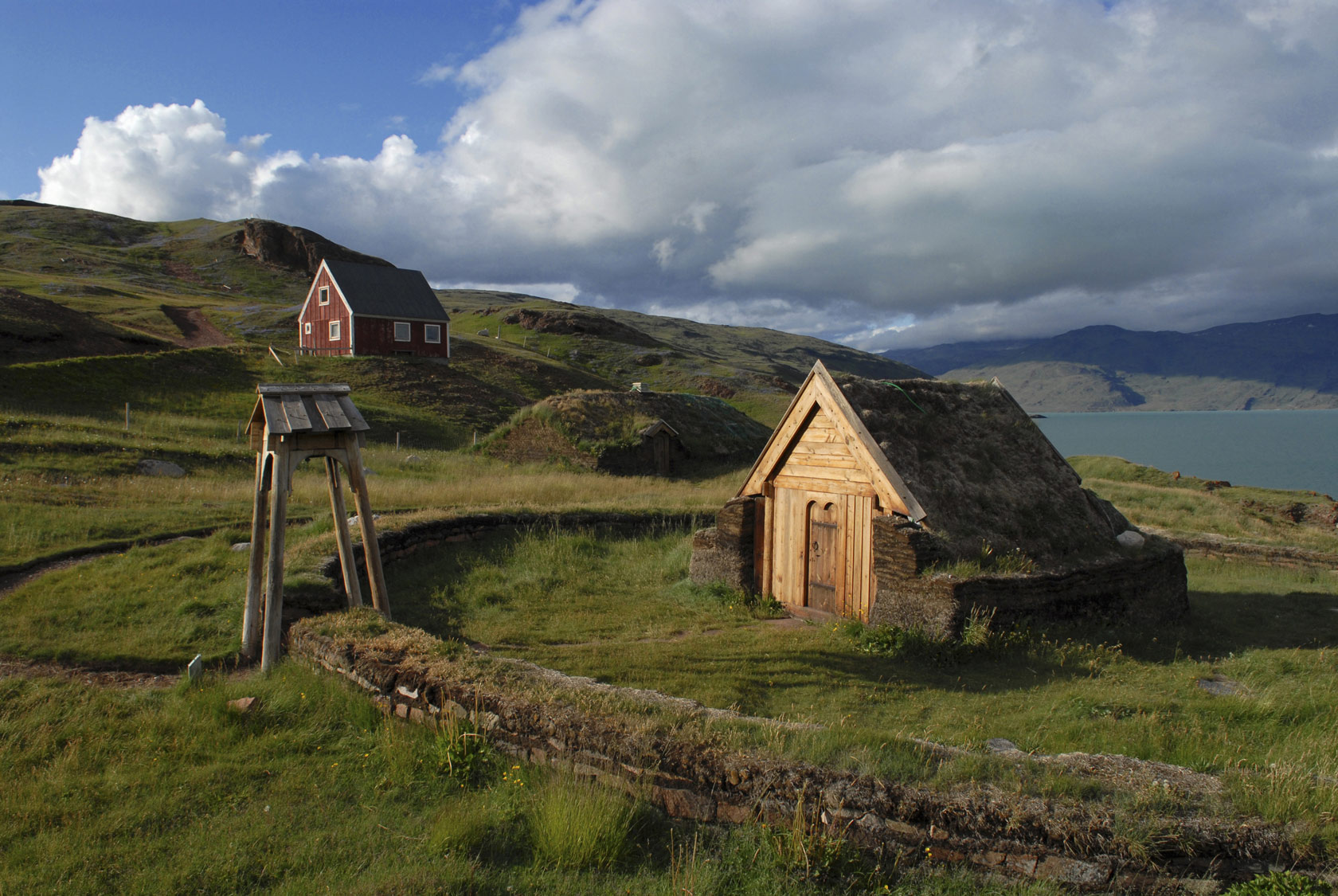 Replica of Thjodhild's Church originally built in the summer of AD 1000 and named for Erik the Red's wife. 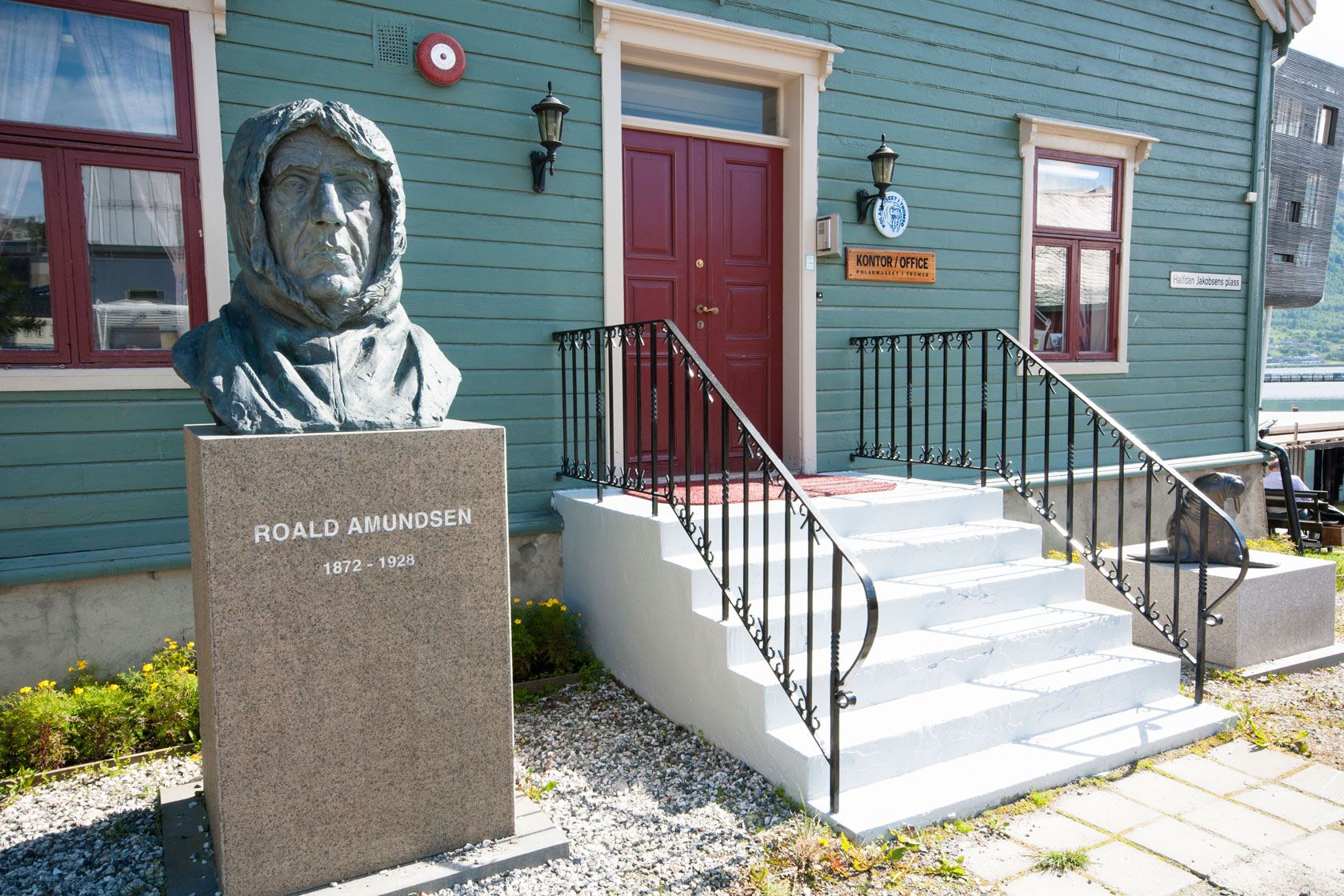 The Polar Museum is in Tromso with a bust of their famous polar explorer, Roald Amundsen.

In summer, Norway’s overabundance is marvelous to see. It is a wonderful time to be there, and being there on a Seabourn cruise is elegant, easy and every bit as much fun.