5 Must-See UNESCO Sites in the Caribbean

Explore the Caribbean's notable colonial towns and natural wonders you simply have to see.

While the Caribbean lures travelers with its swaying palms and sugary sand beaches, it also has numerous UNESCO World Heritage Sites. Colonial towns, pirate bulwarks and pristine natural wonders in the region have been recognized for their "outstanding universal value" by UNESCO, which helps to protect, conserve and manage such places for future generations.

There are more than 20 World Heritage Sites scattered across the Caribbean. Here, we look at five notable sites you simply have to see.

Colonial Power in Technicolor — Historic Bridgetown and its Garrison

Strolling through Barbados' charming capital with its bustling markets and candy-colored buildings, it may be hard to imagine that this was once an imperial powerhouse. British settlers first established an outpost here in 1627, and built a lucrative maritime trade in the Caribbean's two main exports: sugar and slavery. The Careenage – Bridgetown's inner natural harbor – was the first port of call on transatlantic voyages, and it made the perfect vantage for Great Britain to project its dominance across the Americas. The empire quickly fortified the port from the Dutch and French and ruled over its Atlantic empire from here for some 300 years.

Bridgetown's historic Old Town boasts numerous well-preserved buildings from the 17th through 19th centuries, all awash in bright yellows, lime greens, pinks and blues. Its massive garrison – which headquartered Great Britain's forces in the region – was once the largest among the British colonies. Both were recognized by UNESCO as an outstanding example of British colonial architecture, as well as its unique, serpentine layout.

The British may have ruled over its Caribbean empire from Bridgetown, but their first foray in the region was four years earlier on St. Christopher – today known as St. Kitts – in the West Indies. Indeed, St. Christopher was the first Caribbean island to be colonized by Europeans, with both the French and English establishing settlements. They effectively eliminated the indigenous Carib people, and brought in African slaves to create vast tobacco and sugar plantations – which, in turn, created the need for protection.

In their ongoing battles with the French, British military installed a cannon on Brimstone Hill in 1690. Over the next 100 years, British engineers designed – and slaves built – a formidable fortress using the natural topography of this steep hill, which rises more than 750 feet above the sea. UNESCO recognized this "Gibraltar of the West Indies" as an engineering marvel and the earliest surviving example of a polygonal fortress or flankless fort, built without bastions that often proved vulnerable.

St. Lucia's iconic Pitons — twin volcanic spires that dramatically rise some 2,500 feet above the sea – lend their name to this 7,200-acre site, located along the island's southeastern coast near the town of Soufriere. The Pitons Management Area (PMA), which comprises both land and marine habitats, is recognized for its incredible diversity of geological features, as well as flora and fauna. It also contains numerous petroglyphs and other artifacts of the Amerindian Carib people who once inhabited the island.

Besides its eponymous volcanic cones, the PMA includes numerous geothermal features such as fumaroles and hot springs known as the Sulphur Springs. The area also is famous for its mud baths, which local folklore claims area fountains of youth. The vegetation is primarily tropical and subtropical forest, with rare elfin woodland on the peaks' summits. Coral reefs cover most of the PMA's marine habitat, which offers haven for nearly 170 fish species, 60 types of cnidaria, and other species including endangered Hawksbill turtles. Whale sharks and pilot whales can be seen offshore.

You'll find steep volcanoes, deep valleys, lakes, luxuriant rainforest, and some of the Caribbean's best hiking in national park, located within Dominica's south-central interior. The park is vast, comprising some 17,300 acres – roughly 9 percent of the country's entire land mass – and is named for its highest peak, the 4,400-foot-high Morne Trois Pitons, one of five volcanoes within the rugged mountain range that forms Dominica's natural spine. It also boasts the richest biodiversity in the Lesser Antilles; five forest types have been distinguished, including cloud forest at the highest elevations, and the rich flora and fauna is partially endemic.

Among Mont Trois Pitons National Park's numerous freshwater resources are the country's two largest lakes, along with countless rivers and streams, many of which form breathtaking waterfalls as the flow to the sea. Contrasting sharply with this lush landscape are deeply incised canyons, the most noteworthy of which is the barren Valley of Desolation and its strangely surreal Boiling Lake, a massive hot spring that constantly bubbles and churns.

Built by the British to "chase ye pirates" and protect Antigua's English Harbour from impending French attacks, this UNESCO-designated site stands as the only Georgian-era dockyard in the world. It is better known as Nelson's Dockyard, named for the heroic Royal Navy Admiral Horatio Nelson who commanded it during the 1780s. Construction on the complex actually began 40 years earlier using slaves from local sugar plantations, and would continue over the next century.

The former maritime hub was erected on a series of deep bays naturally protected by highlands, which were then topped with further fortifications. The walled complex encompasses a group of 18th- and 19th-century buildings and structures, which are now fully restored. While the Royal Navy abandoned the dockyard in the late 1800s, the marina has remained in continuous operation and is home to many of Antigua's sailing events. 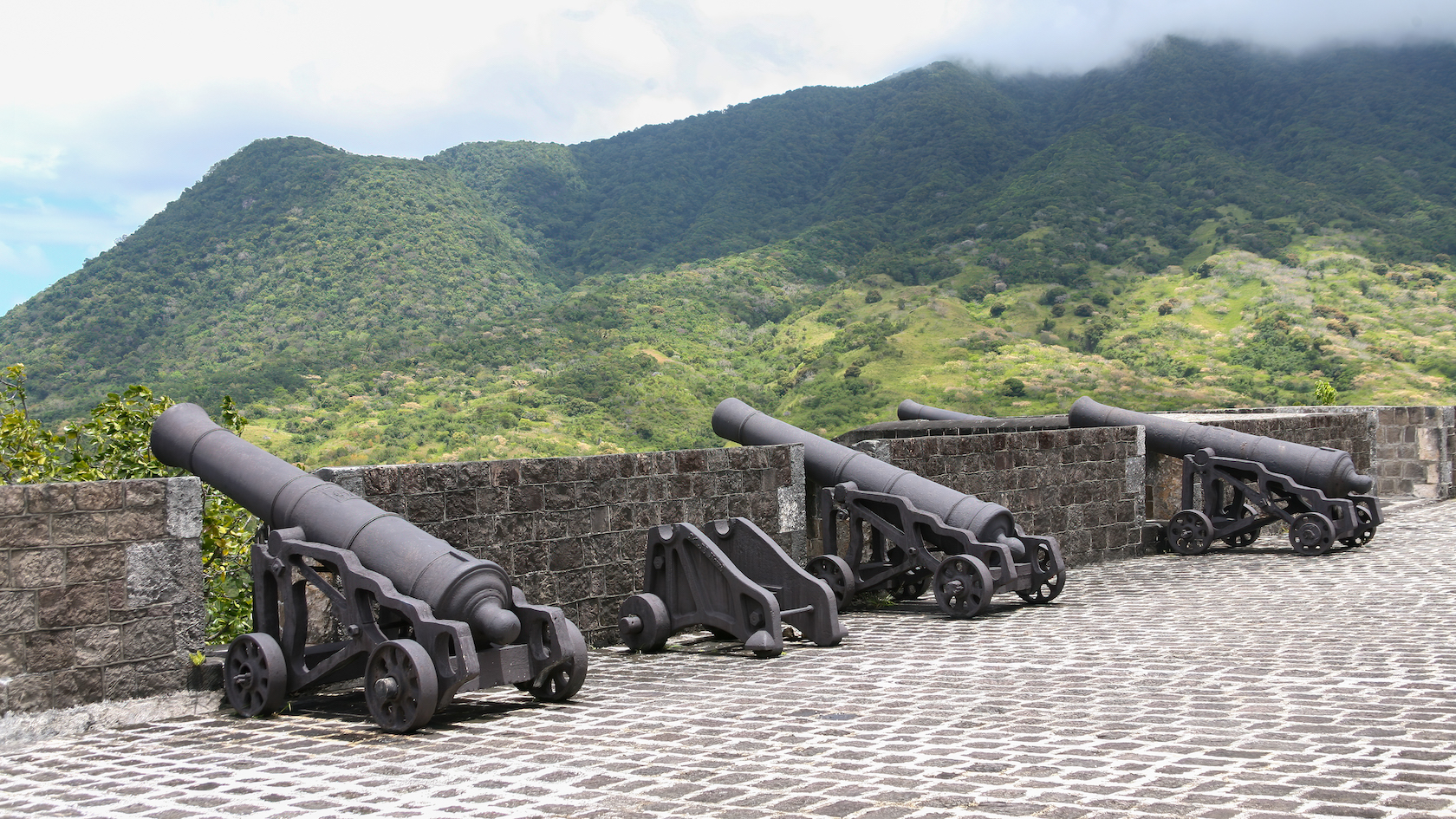 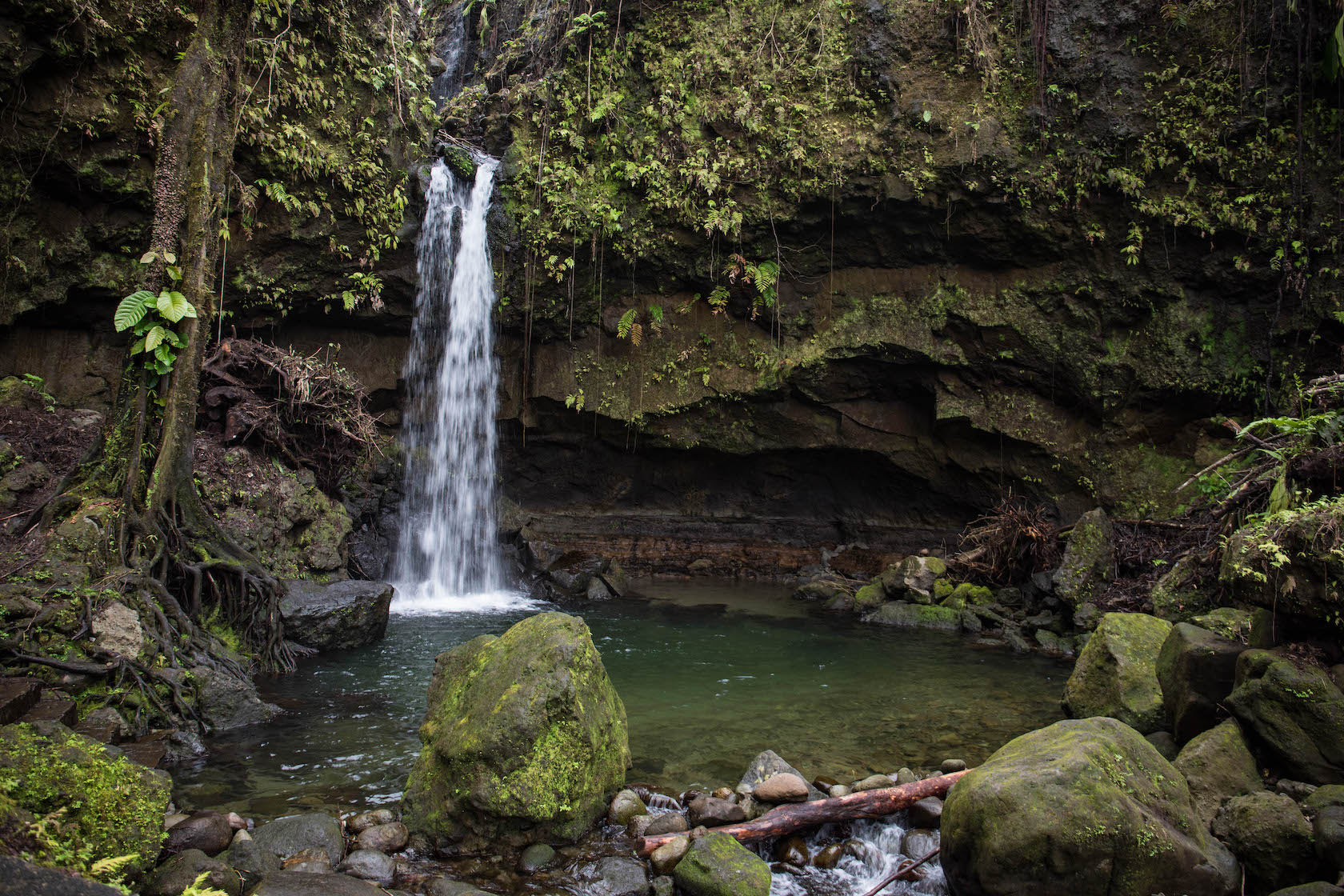 Things to Do in Antigua & Barbuda

There's a lot to cover when visiting this unforgettable two-island nation — here's what not to miss.

Top 10 Things to do in Bridgetown, Barbados

There's more to this Caribbean port city than sun, sand, and surf.