Top 10 Things to do in Bridgetown, Barbados

There's more to this Caribbean port city than sun, sand, and surf.

When many people think of Barbados, the first things that come to mind are azure seas, warm sandy beaches, and, of course, rum. While those three elements are all prominent in the port city of Bridgetown, the capital of Barbados, they are by no means the only draws. As the island's largest city, Bridgetown is a melting pot of historical, cultural, and natural landmarks — not to mention, the old town center was named a UNESCO World Heritage Site in 2011. Whether you're hoping to relax on the beach, exploring architectural wonders, or indulge your inner history buff, Bridgetown is the ultimate destination for you. Keep reading for the top ten things to do, see, and experience in this Caribbean wonderland.

1. Carlisle Bay
Carlisle Bay is a crescent-shaped natural harbor located just two miles southwest of downtown Bridgetown. With several popular beaches, including Brandons Beach to the north and Pebbles Beach to the south, and an underwater marine park with six famous wrecks, it is sought after by swimmers, snorkelers, and sun lovers year-round. Free and open to the public — a relative rarity among Caribbean beaches — this sandy slice of paradise is a must-visit during your time in Barbados.

2. Nidhe Israel Synagogue and Museum
When Sephardic Jewish settlers first arrived in Barbados in the early 1600s, they brought an expertise in sugar farming that transformed the shape and economy of the island. Built in the 1650s by those same Jewish newcomers, the Nidhe Israel Synagogue is one of the oldest synagogues in the western hemisphere — and the only synagogue in Bridgetown. Though destroyed by a hurricane in 1831, it was reconstructed in the late 1980s. Today, the site includes a museum that showcases the history of Barbados from its colonial origins through emancipation, told through the lens of the Jewish community.

3. St. Nicholas Abbey
Located in the lush hills of the parish of St. Peter, St. Nicholas Abbey sprawls across 400 acres of sugar cane fields, manicured gardens, and mahogany forests. Built in 1658, the great house is one of the world's last surviving mansions in the Jacobean style, a transitional design phase combining Tudor and Elizabethan architectural elements. General admission includes access to the mansion as well as the on-site distillery and sugar mill, where sugar cane grown on the plantation has been used to make oak-aged rum for hundreds of years. Visitors are also welcome to explore the estate's gardens, tropical gullies, and breathtaking hillside views — made sweeter with a complimentary rum punch in hand.

4. Historic Bridgetown and its Garrison
Bridgetown's colonial roots spring to the fore in the historic downtown, a well-preserved settlement built and fortified throughout the 17th, 18th, and 19th centuries. The serpentine urban layout is a testament to the property's English rule, as Dutch and Spanish colonizers were known to adopt grid street plans. With an extensive garrison protecting Carlisle Bay and numerous landmark buildings including St. Ann's Fort, George Washington House, Barbados National Armoury, and Barbados Museum, the old town has plenty of attractions to keep you entranced for a full day (or more).

5. Shopping on Broad Street and Swan Street
The city's main thoroughfare is Broad Street, a long commercial strip chock-full of department stores, luxury retailers, and duty-free shopping, as well as restaurants and banks. For a more niche shopping experience, head to nearby Swan Street, a much smaller street where local vendors go to sell their handcrafted jewelry, clothing, and other regional artifacts.

6. Parliament Buildings and Museum
The stately neo-gothic Parliament Buildings are monumental landmarks in Bridgetown, representing the island's 350-year history of democracy (Barbados was the third-ever parliamentary democracy in the world). Centrally located at the top of Broad Street, the magnificent buildings are home to the Senate, House of Assembly, government offices, and an extensive museum where you can learn about the evolution of democracy and the ten national heroes that embody the island's heritage and values.

7. National Heroes Square (formerly Trafalgar Square)
Located opposite the Parliament Buildings, National Heroes Square is a tranquil plaza amid the bustle of the city center. Named in honor of the ten Bajan heroes celebrated at the Museum of Parliament, it features three famous memorials: the War Memorial, an obelisk cenotaph commemorating Bajans killed in World War I and II; the Lord Nelson Statue, a bronze tribute to the British admiral who fought against French forces in the early 1800s; and the Dolphin Fountain, a clamshell-shaped fountain built to mark the introduction of running water to Barbados.

8. Cathedral of St. Michael and All Angels
Just two blocks east of National Heroes Square is the Cathedral of St. Michael and All Angels, the tallest house of Anglican worship in Barbados. Referred to by locals simply as St. Michael's Cathedral, the church was first erected in 1665, but has been rebuilt twice since then due to hurricane damage. With a seating capacity of 3,000, it is famous for its vaulted ceiling in the shape of an inverted rowing boat, a massive organ around which choir recitals are held, and intricate stained glass windows. Reserve some time to meander the historic graveyard with tombstones dating to the late 1600s.

9. Pelican Village
Pelican Village is a charming complex of brightly painted galleries, artisan workshops, and locally owned shops selling eclectic arts and crafts. Located steps from the port where ships dock, it is most visitors' first stop in Bridgetown, and a delightful place to pick up a souvenir or two and break for some refreshments (there is a restaurant and bar serving traditional Bajan fare).

10. Cricket Legends of Barbados Museum
The Cricket Legends of Barbados Museum is a one-of-a-kind tribute to the island's favorite sport, with a myriad of thoughtfully curated rooms themed around the game's most notable players, media spectacles, and historical milestones. Don't miss the Press Gallery, a room plastered from floor- to ceiling with newspaper and magazine clippings depicting the storied history of cricket in the West Indies and beyond. 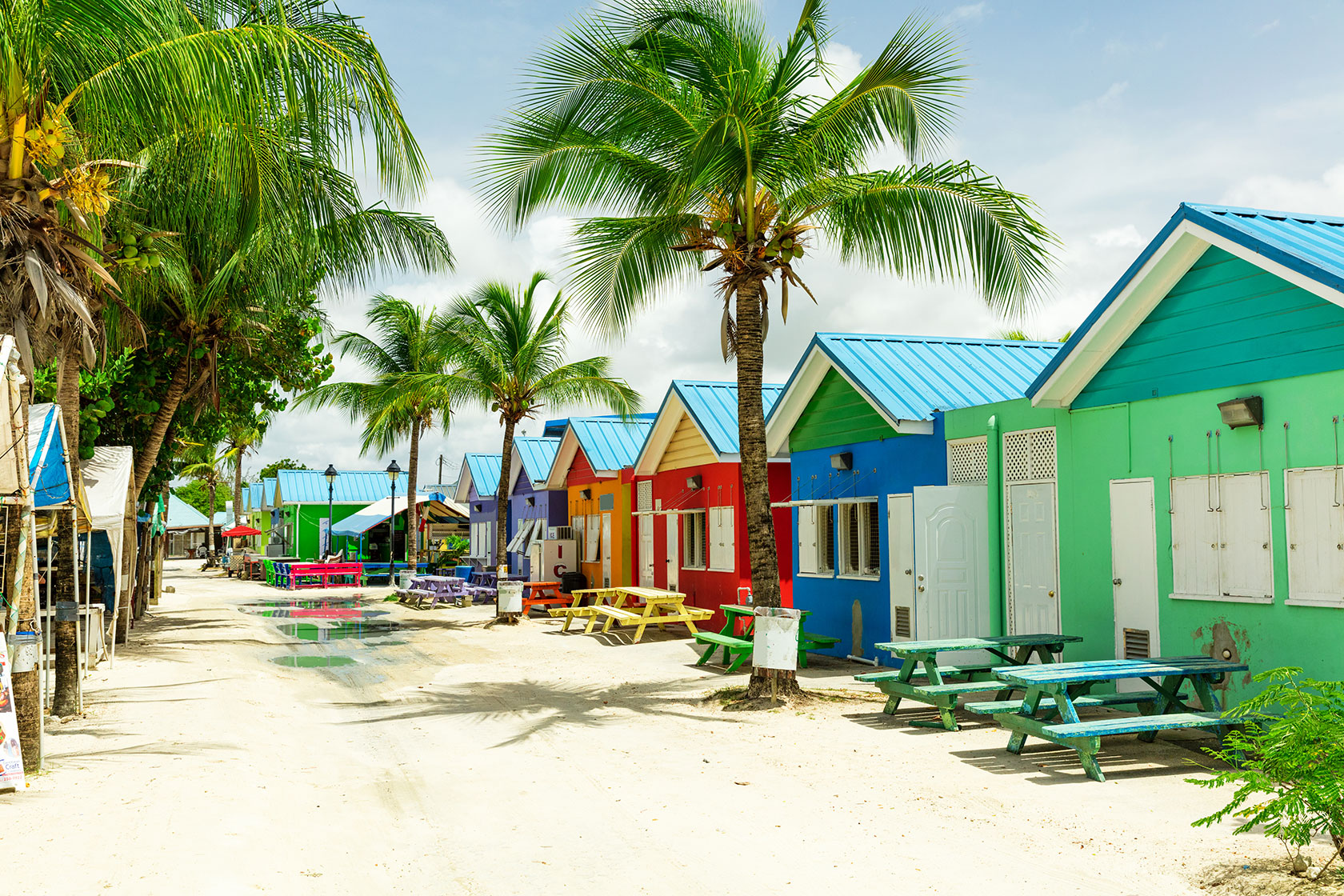 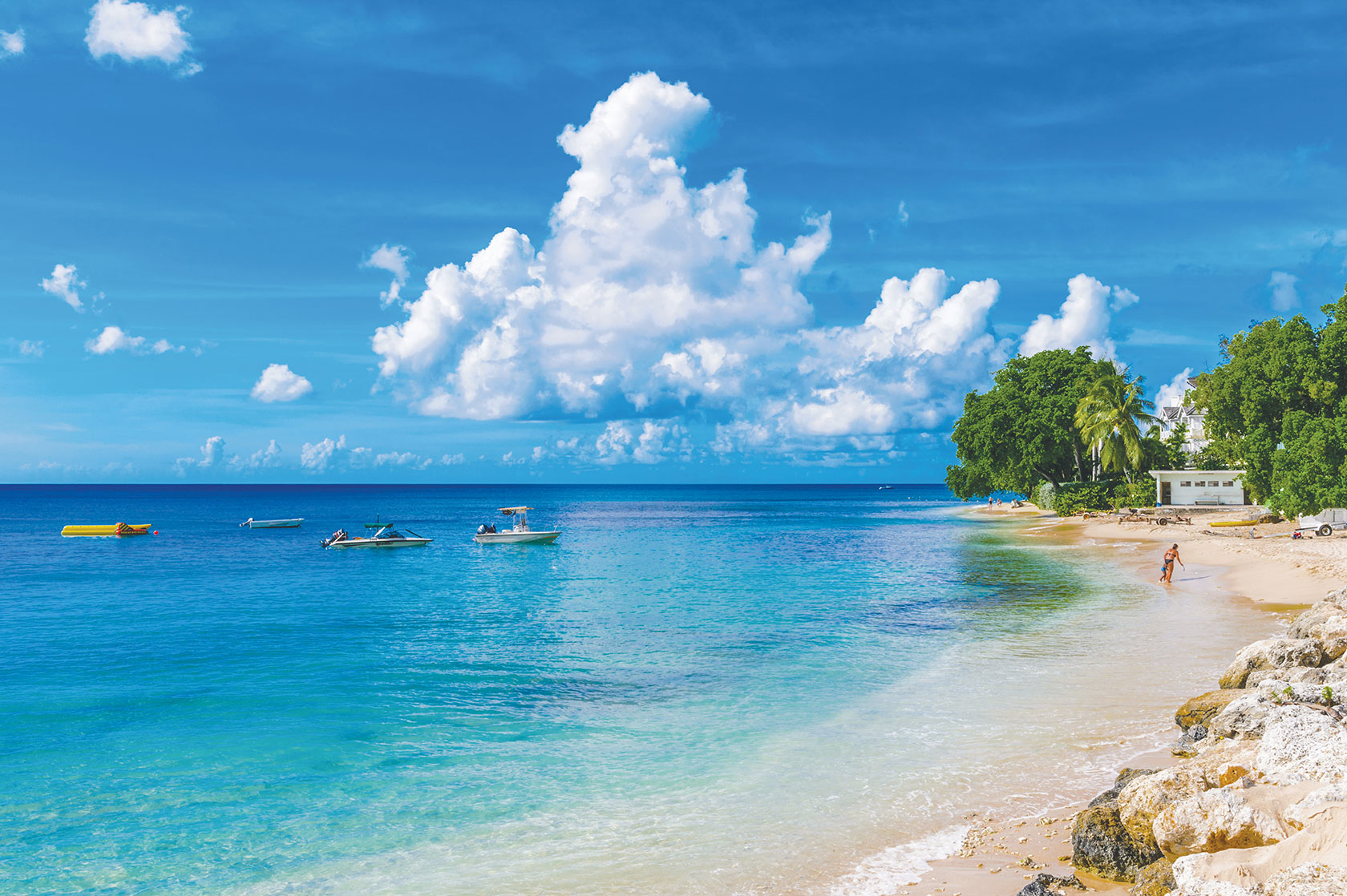 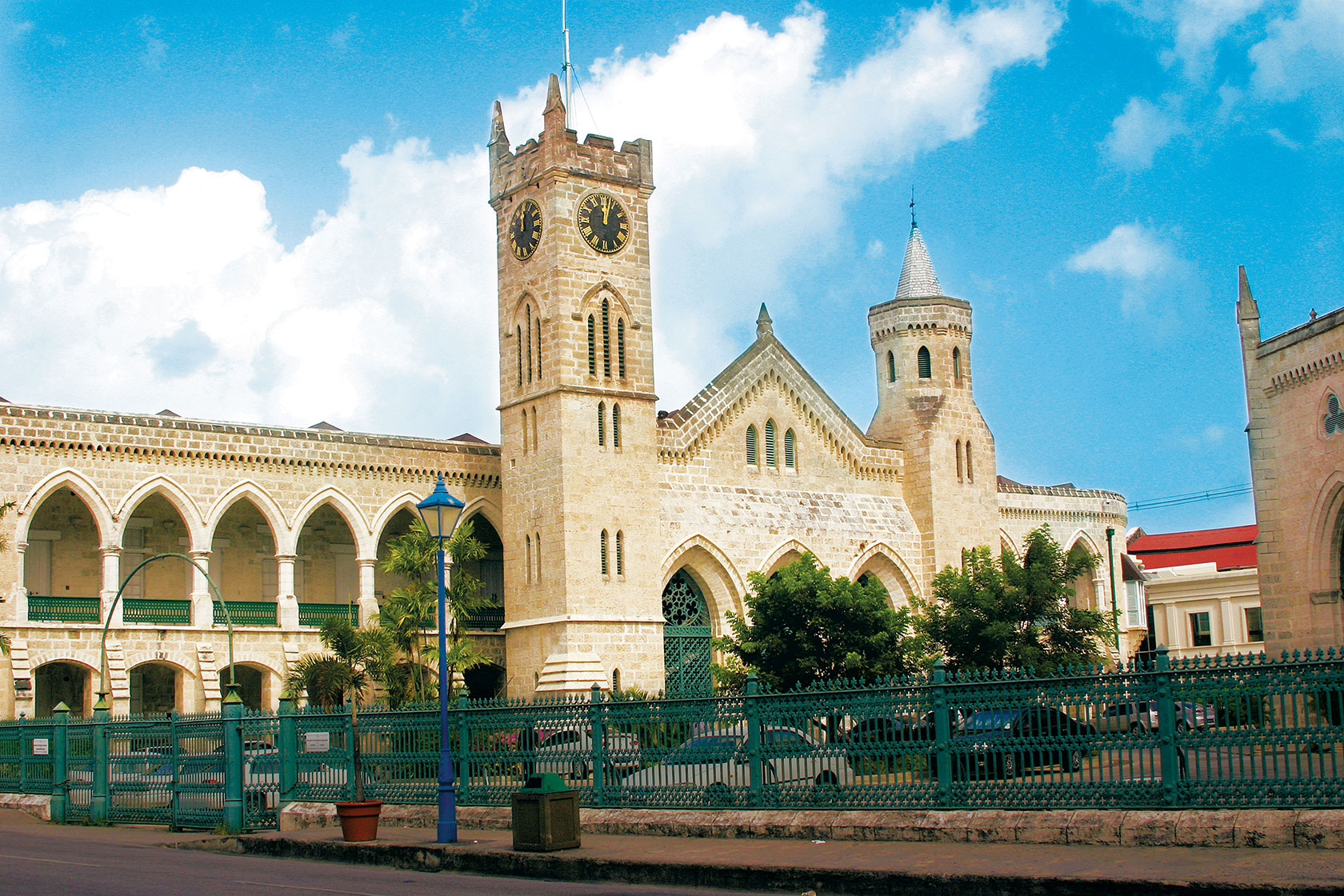 Cuisine · Things to do · Caribbean

Explore the Caribbean by Cocktail

Cruise Vacations vs. Staying at a Resort

When it comes to experiencing what the world has to offer, it’s tough to beat the value and capability that you get on a cruise

Spa Treatments That Go Beyond

Connect your mind and body with unique spa services that will leave you recharged, restored and relaxed.