Transiting the Panama Canal is a travel experience of epic proportions. There is no better way to discover the wonders of the canal than on an ultra-luxury Seabourn voyage. Standing on deck as your Seabourn ship is slowly elevated and lowered through the series of locks, you are filled with a sense of awe at just what a Herculean feat this engineering marvel was to achieve.

Opened in 1914, this 48-mile-long waterway through the Isthmus of Panama links the Atlantic and Pacific oceans – and forever changed world travel and trade. Around 14,000 ships a year now take the "world's greatest shortcut," saving them the long, often arduous journey around the tip of South America.

THROUGH THE CANAL Transit day brings an air of anticipation onboard, and guests get up early to claim a prime viewing spot along the railing. The excitement builds as ships and crafts of every shape and kind gather off the shore of Cristobal in the Caribbean Sea for the day's parade across the Culebra Cut, a nine-mile-long channel carved through the Continental Divide. (Ships approaching from the Pacific side enter the canal at Balboa, with the following process reversed.)

For vessels to pass through the cut, the Chagres River was dammed to create Gatún Lake, which sits 85 feet above sea level. The canal's complex lock system acts as a massive elevator, lifting ships to lake level through a series of locks fed with water ingeniously pulled from the lake using gravity alone. Ship captains are not allowed to transit the waterway on their own; rather, each vessel must be guided through by a specially trained canal pilot.

It is a long and slow process, taking anywhere from eight to 12 hours to complete. Yet each step is fascinating to watch as your ship is loaded into a lock; its massive, six-foot-thick steel gates shut tight; and you slowly rise to meet the next level, pulled through by mulas or small engines along the lock walls that are just feet away. After traveling across Gatún Lake, you are then lowered back to sea level and into the Pacific at Balboa. (Partial transits exit back through Cristobal.)

BEYOND THE CANAL Seabourn's Panama Canal sailings include a call in (or embark/disembark from) Fuerte Amador. This humanmade causeway, situated at the Pacific entrance to the canal, was originally built as a fortification. Today it serves as the headquarters of the Smithsonian Institute of Tropical Research, a marina, and your gateway for nearby adventures. Here are just a few things you can do from Fuerte Amador:

Gatún Lake Completed in 1910, this beautiful lake – once the largest in the world – stretches across more than 160 square miles of tropical forest. It also provides freshwater to Panama City and the surrounding area. You can join an optional scenic cruise around its labyrinth of jungle-covered islands, some of which are designated wildlife sanctuaries. Keep an eye out for capuchin and howler monkeys, three-toed sloths, toucans, and butterflies.

Miraflores Locks Visitors Center Located on the Pacific side of the canal, the Miraflores Locks features a modern visitors' center where you can explore exhibits, watch an IMAX documentary about the history of the canal (narrated by Morgan Freeman), and get a close-up view of all the action from the observation deck.

Panamá Viejo and the Historic District of Panama Also known as Casco Antiguo or Casco Viejo ("Old Quarter"), Panamá Viejo stands as the oldest European settlement on the Pacific coast of the Americas. Founded in 1519, it was abandoned in the mid-17th century for the "new town" – i.e., the Historic District – and together they form a UNESCO World Heritage site. Casco Viejo has experienced a rebirth of late, its narrow, cobblestone streets lined with recently renovated colonial houses and pastel façades.

Calzada de Amador This land bridge, built from rocks excavated during the canal's construction, connects Panama City to the tiny Causeway Islands just offshore. The nearly four-mile-long boardwalk buzzes with walkers and cyclists, who soak in the sun along with one of the capital's best vantages for watching ships navigate the locks.

Biomuseo Follow the Calzada de Amador to this Frank Gehry-imagined museum, which showcases Panama's rich biodiversity. The sloped roof's rippling panels were conceived to mimic nature's bounty in color and shape, while the interior's airy canopies are supported by columns of concrete "trees" and their metal branches.

Emberá Village One of Panama's seven indigenous peoples, the Emberá tribe live in the Darien region of Panama. A handful of their traditional thatched villages remain, one of which is a short distance from the capital city. (You reach it via a motorized longboat ride along the leafy Chagres River – watch for caimans lazing along the banks.) Emberás are recognized for their intricate basketwork and animal masks, woven from Chunga palm fronds and colored with vegetable dyes.

Portobelo A daytrip across the Isthmus leads to this little gem, set along its eponymous bay. The now sleepy town was once the largest colonial Spanish port in Central America, as attested by a series of forts built to ward off privateers. (The infamous Captain Henry Morgan took the town in 1668, holding it captive for weeks until he was paid a huge ransom.). The Portobelo-San Lorenzo fortifications, designated a UNESCO World Heritage site, stand as impressive examples of 17th- and 18th-century Spanish military architecture. 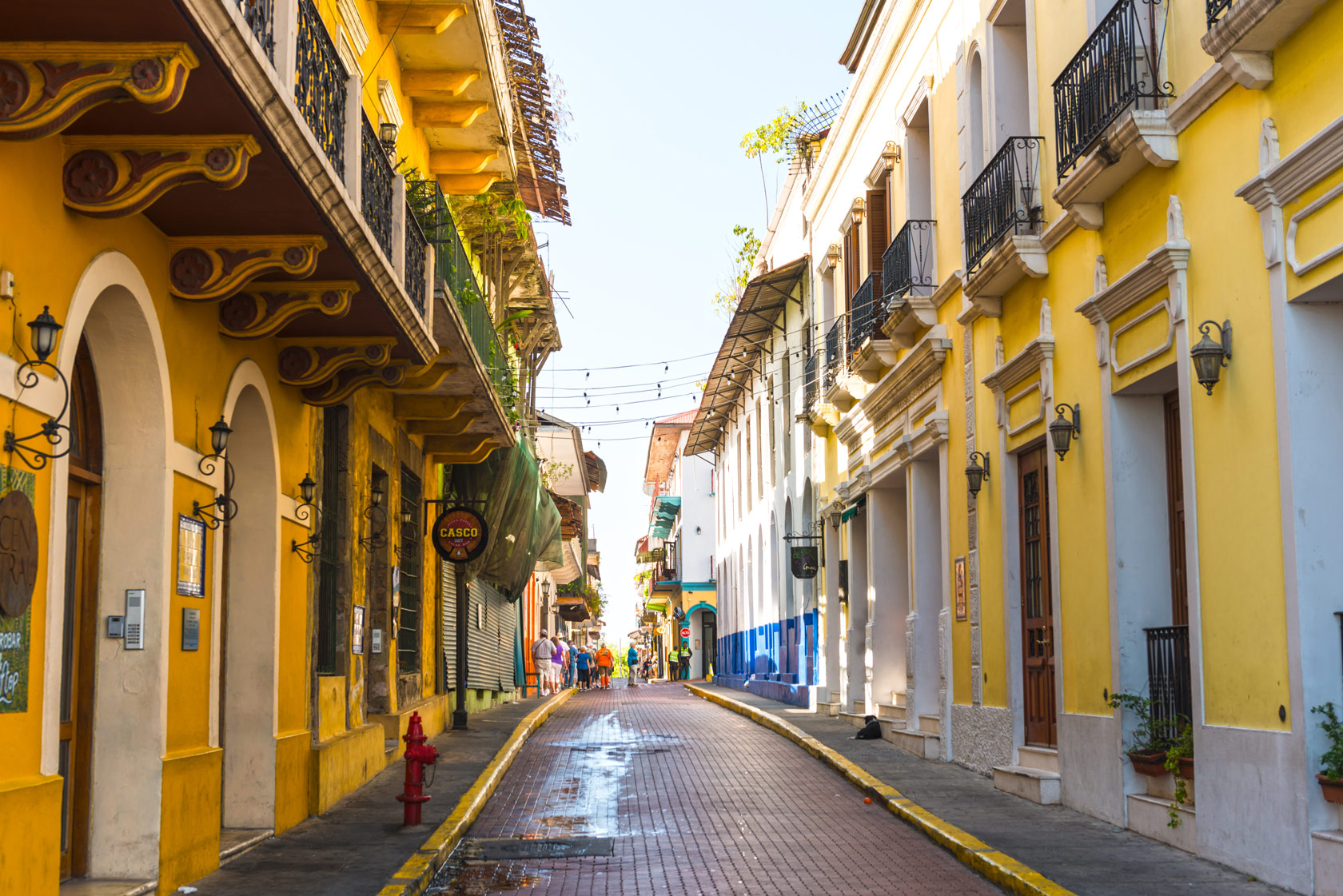 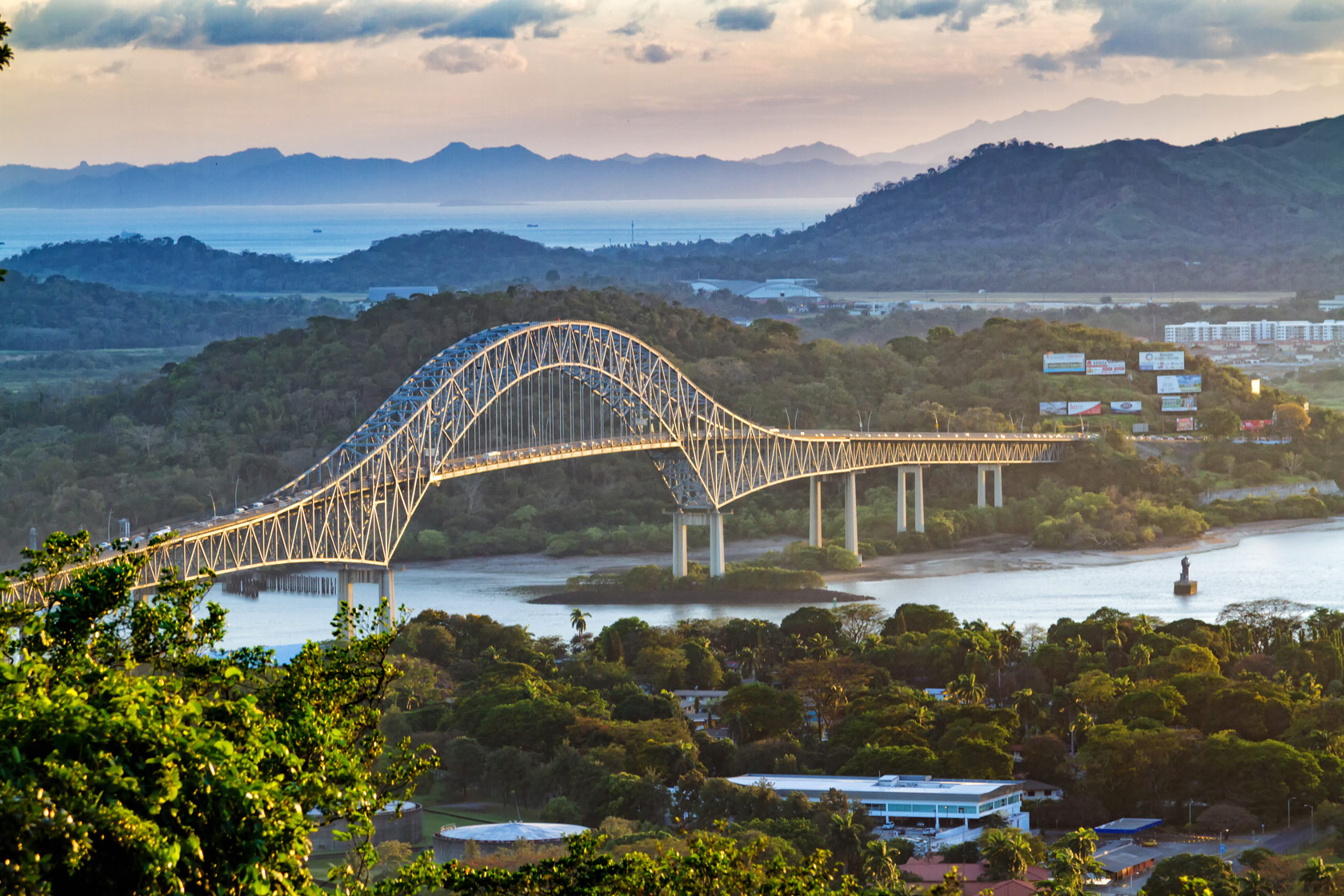 The Bridge of The Americas over the Panama Canal 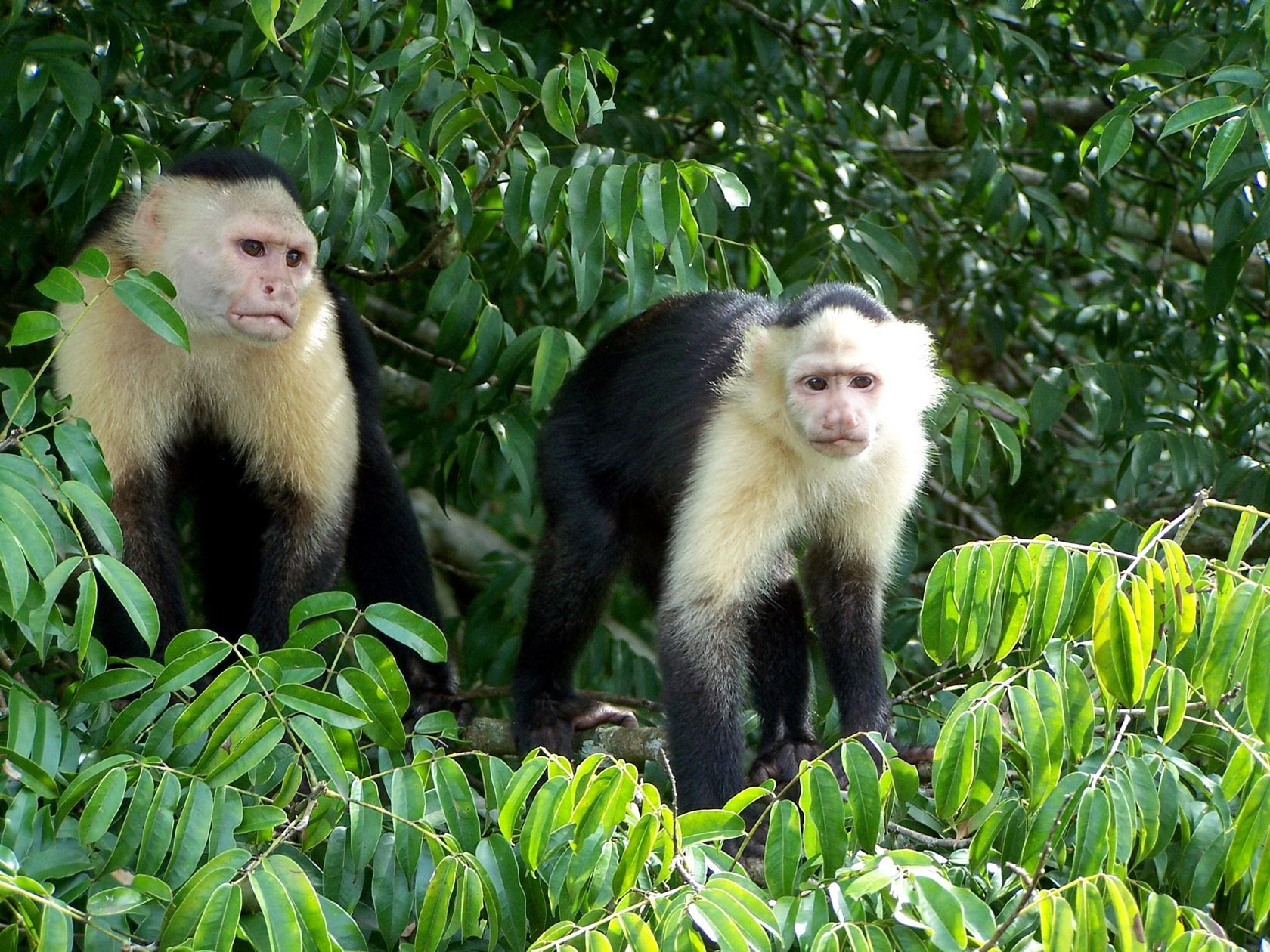 Cruise Vacations vs. Staying at a Resort

When it comes to experiencing what the world has to offer, it’s tough to beat the value and capability that you get on a cruise