The infamous eruption of Mount Vesuvius in 79 A.D. had a profound effect on not just Roman history, but world history as a whole. Still diligently studied by students and professors of all ages almost 2,000 years later, the opportunity to see firsthand the effects of this natural disaster is a once-in-a-lifetime experience for anyone lucky enough to pursue it. The two best ways to grasp the scope of the eruption’s wrath and power are to visit Pompeii and/or Herculaneum. With both cities being designated as part of the same UNESCO World Heritage Site, you can’t go wrong either way. And because these two ancient cities are relatively close, if you get the chance to see both, we highly recommend it. We put together some information to help you decide which one of these cities you’d be more interested in visiting while you’re in Italy, if you only have enough time to see one of them. Or Seabourn can do it for you: we offer shore excursions to both Pompeii and Herculaneum.

What To See In Pompeii

Pompeii is the more popular and well known of the two locations. It’s larger than Herculaneum and is often the one we learn more about in our history classes from a very young age. When visiting Pompeii, stop in the museum first. Not only can you learn more about the history of the town and its fateful demise, but several of the artifacts, pottery, jewelry, etc. that were too valuable or fragile to be left in plain sight and exposed to the elements are kept in the museum.

One of the best places to see in the town itself once you’re done in the museum is the forum. A forum was the main meeting place in not just ancient Roman society but other ancient societies around the world. Being such an important part of town, it’s surrounded by or in close proximity to historical ruins such as the Temple of Jupiter, the Temple of Vespasian, the Temple of Apollo, and other amazing structures.

There are also beautiful theaters in Pompeii for you to seek out after wandering the forum. The Teatro Grande is a breathtaking 5,000-person theater built into the sloping ground beneath it. The theater also provides some of the best panoramic views of Mount Vesuvius itself.

One other must-see area of the city is Nuovi Scavi (the new excavations). Pompeii did not begin excavation as a whole until the 18th century, but in the mid 20th century new excavations began on a different part of the city. A series of earthquakes have hindered this relatively new project but the opportunity to see these newer areas of Pompeii is surely one you shouldn’t pass up. Inside this area on the far end of Via dell'Abbondanza you’ll find houses with furnishings still in place from the time it was inhabited. You’ll also find beautiful frescos, murals, and statues that provide a wonderful glimpse into what it looked like so many years ago.

How Long Do You Need in Pompeii?

As we’ve previously mentioned, Pompeii is the larger of the two cities, so if you have only a day here, it’ll be hard to see every major attraction. We recommend researching beforehand to create a list of areas that you don’t want to miss before traveling.

You can get a regular entry ticket or pay slightly more for “skip the line” audio guide bundles. It’s not necessary to purchase tickets in advance as they can be purchased easily on-site, but there is often a line in order to gain entry to the site itself. The best time to visit Pompeii (and Herculaneum for that matter) depends on each traveler’s individual preference. The peak season is June through August (summer sees the best weather but the most crowds) and the off-season is from October to March (if you’re trying to beat the heat, lines and crowds, this might be the time for you).

What To See in Herculaneum

Herculaneum lies west of Vesuvius and was a smaller yet richer town, as evidenced by its more grandiose architecture and infrastructure. While Herculaneum doesn’t receive quite the historical attention and adoration of its neighbor, its ruins present a unique difference from Pompeii’s. First, Herculaneum’s ruins are better preserved and given the city’s wealth, these ruins are more illustrious and lavish than Pompeii’s. Pompeii took the brunt of the first layer of ash upon the eruption of Mount Vesuvius due to winds which is why so many of the roofs and structures therein were crushed beneath it.

One not-to-miss spot in Herculaneum is Sede degli Augustali, which is a square structure used as the seat to the College of the Augustales. Well preserved, the building features two amazing frescos, one depicting Hercules entering Mount Olympus and the other of Hercules fighting Achelous. Next is the House of Neptune and Amphitrite. Inside this house are two gorgeously vibrant glass mosaics as well as marble masks hanging from above one of them. There is also the Villa of the Papyri, which was considered to be one of the most luxurious villas in all of an already luxurious Herculaneum. Nestled upon the ancient coastline of what is now the Gulf of Naples, it is said to be once owned by Julius Caesar’s father-in-law. The front of the villa stretches 250 meters across and was home to over 1,700 papyrus scrolls which were carbonized as a result of the eruption. These scrolls were later figured out to have contained several valuable Greek philosophical texts.

How Long Do You Need in Herculaneum?

Unlike Pompeii, it is possible to see all of Herculaneum by spending just a few hours within its walls. For this reason, it’s often recommended to visit Herculaneum for anyone with trouble being on their feet for hours at a time or for people looking to avoid the often-more-crowded Pompeii.

The ticket bundles and options are the same as at Pompeii, as the ticketing vendor is the same, as is the weather and peak season info. (See “Visiting Pompeii” section above for more specifics.)

Pompeii vs. Herculaneum: Best to Visit for a Tour?

Pompeii and Herculaneum both have their advantages. For those wanting to fulfill their dreams of visiting the infamous Pompeii they’ve learned so much about, there’s plenty of awe-inspiring and breathtaking ancient history in which to bask within its ruins. For those wanting a smaller, more intimate view of a more well preserved city that also fell victim to the eruption of Mount Vesuvius, Herculaneum provides exactly that. 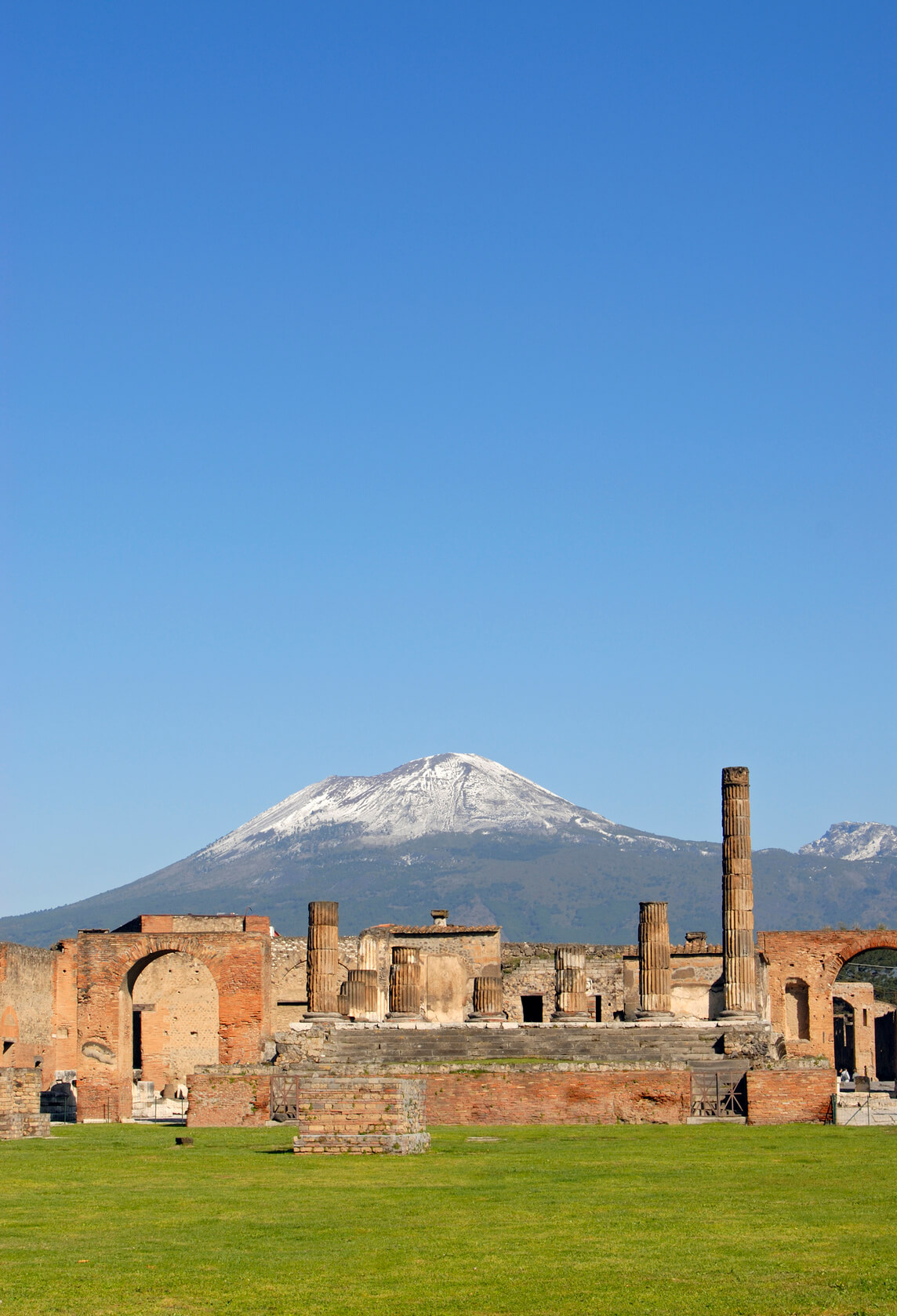 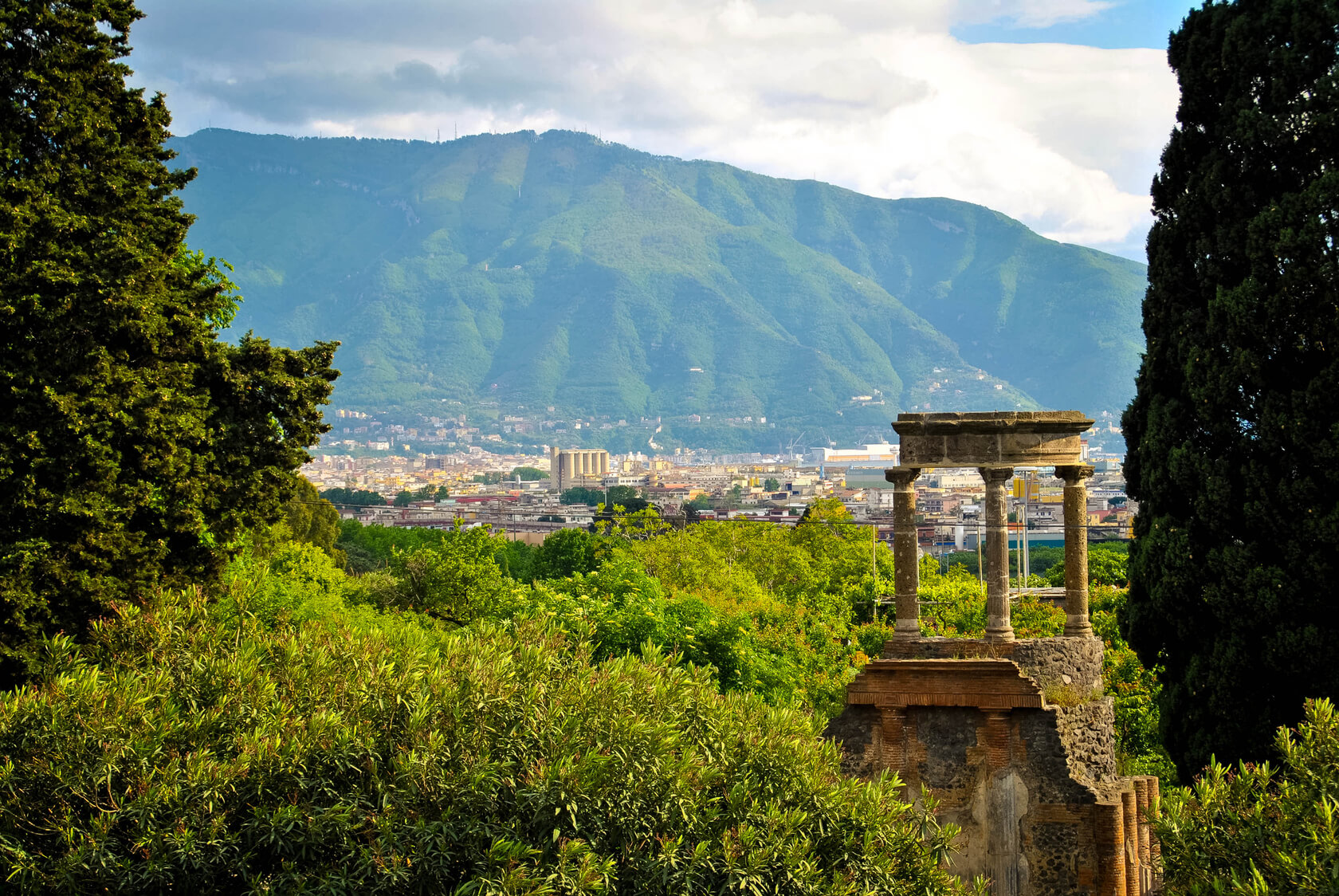 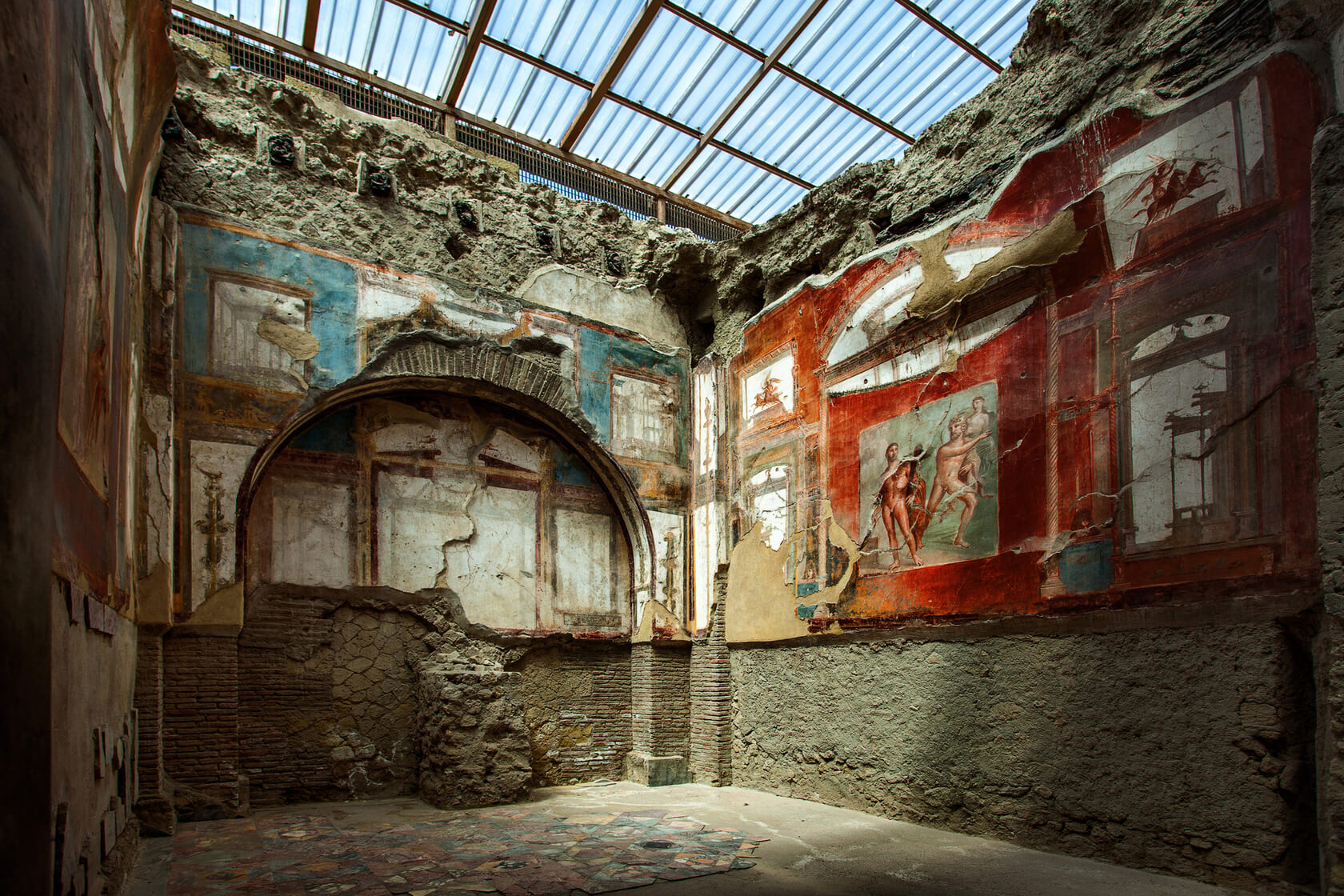