A Perfect Day in Istanbul

How to make the most of your call in old Constantinople.

Ancient Istanbul stands as the former capital of two major empires and the only city on earth to span two continents. The city – known as Constantinople until 1930 – sprawls across both the European and Asian sides of the Bosporus Strait, and its strategic location created an organic bridge between East and West, Byzantine and Ottoman, Islam and Christianity.

Istanbul is a popular call on many Seabourn voyages in the Mediterranean – but how can you pack 2,000 years of history into a single day in port?

Start by rising early – Istanbul is one of the world’s great cities to approach by sea, so you want to be on deck to watch as its skyline of domes and minarets comes into breathtaking view. Then be among the first to disembark and head straight to Sultanahmet or the old city district, designated as a UNESCO World Heritage site. This is where the city’s long and glorious history comes alive, and where you find many of its must-see attractions.

Sultanahmet Square centers around the hieroglyphic-covered Obelisk of Theodosius, originally erected around 3,500 years ago at Karnak in Egypt. First stop there: Sultan Ahmed Mosque, better known as the Blue Mosque. Built by its namesake sultan during the early 17th century, the majestic mosque is topped by a cascade of domes and graceful minarets, while its interior is covered in more than 20,000 handmade blue Iznik ceramic tiles and over 200 stained glass windows.

Directly across the square stands the massive Hagia Sophia, once the largest church in all of Christendom. Originally constructed by Constantine the Great in 360CE and rebuilt in 537CE by Emperor Justinian I, it served as the imperial church of the Eastern Roman Empire until the Ottomans captured Istanbul in 1453 and converted the iconic structure into a mosque. Today Hagia Sophia (“holy wisdom”) stands as one of the greatest surviving examples of Byzantine architecture, a dazzling display of 30 million gold tiles and splendid biblical mosaics.

(Visitors, take note: Shoes must be removed and your shoulders and knees covered before you can enter either the Blue Mosque or Hagia Sophia. Both are closed during prayer time.)

Next up: the underground Basilica Cistern, built in the 6th century to serve as Istanbul’s main water reservoir. This vast subterranean hall, supported by more than 300 marble columns, offers a cool retreat from the hot and hurried streets above. James Bond famously paddles a rowboat here in From Russia with Love, although visitors follow a series of dimly-lit walkways through the ancient cistern, its eerie silence broken by the sounds of dripping water and an occasional carp splashing to the surface. At the northern end sit twin heads of Medusa; the mythical, snake-haired Gorgon could turn people into stone with her gaze, so the two blocks were turned sideways and upside down to avoid direct eye contact.

Grab a quick bite before exploring the Topkapi Palace, epicenter of the Ottoman Empire for nearly 400 years. Built in the mid-1400s, this grandiose walled complex comprises four courtyards and a plethora of pavilions, squares, great halls, and hanging gardens. Head to the Imperial Treasury – home to the 86-carat Spoonmaker’s Diamond and emerald-encrusted Topkapi Dagger – and take a peek inside the palace kitchens with their unique collection of Chinese and Japanese porcelain. Also worth a visit: The infamous, elaborately tiled Harem (additional charge) and the Holy Relics chamber, which contains a tooth and strands of beard hair belonging to the Prophet Mohammed.

Your final stop: Istanbul’s Grand Bazaar, the largest covered bazaar in the world. This monstrous maze stretches across nearly 75 acres, with more than 4,000 shops and stalls hawking everything from fine jewelry and handwoven carpets to lanterns, leatherware, ceramics, and copper goods. Soak in the lively hum before returning to the pier with lifetime memories of your day in Istanbul.

Considering a Seabourn voyage that sails to or from Istanbul? Plan to spend an extra night or two so you can discover even more Turkish delights. A few ideas: 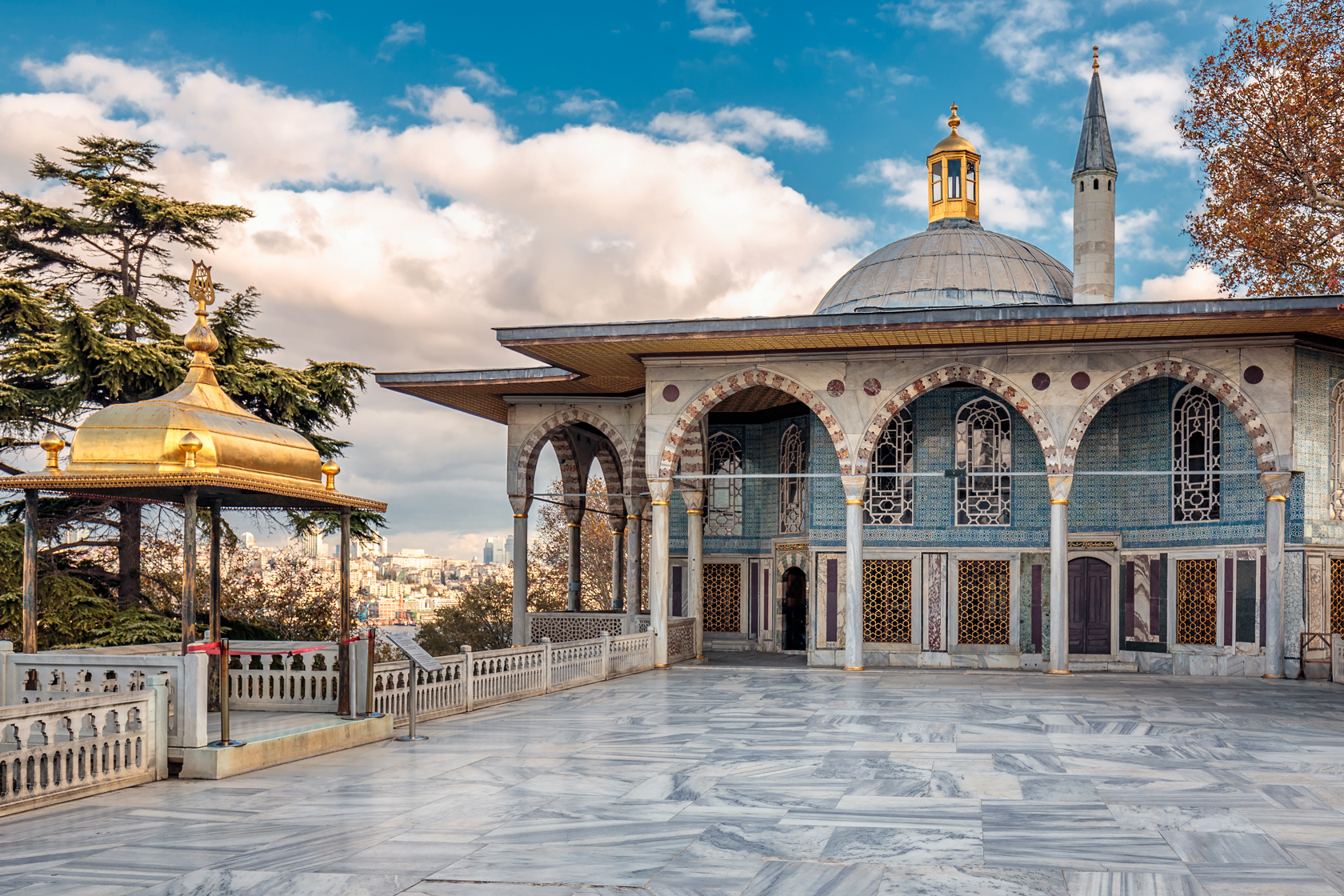 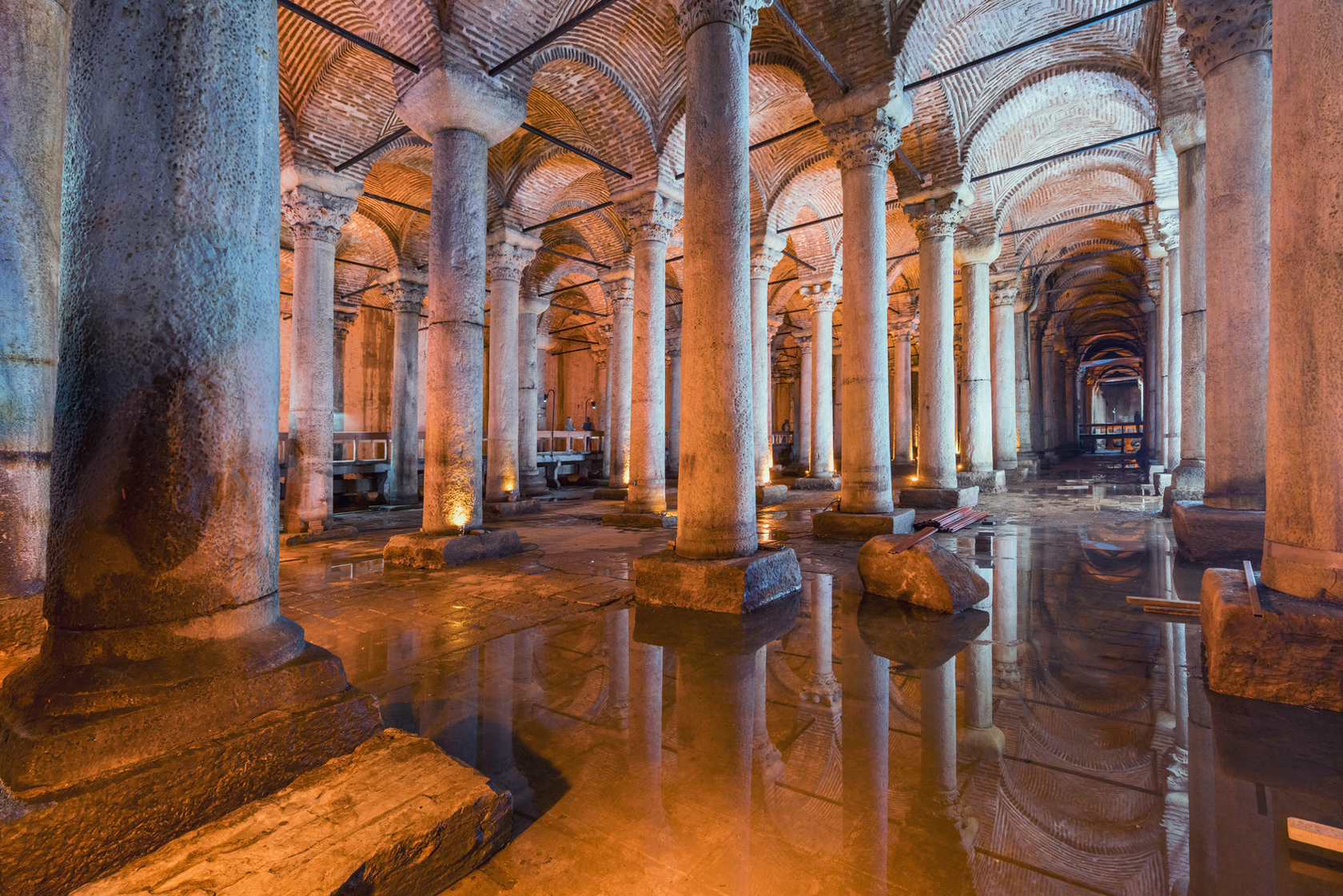 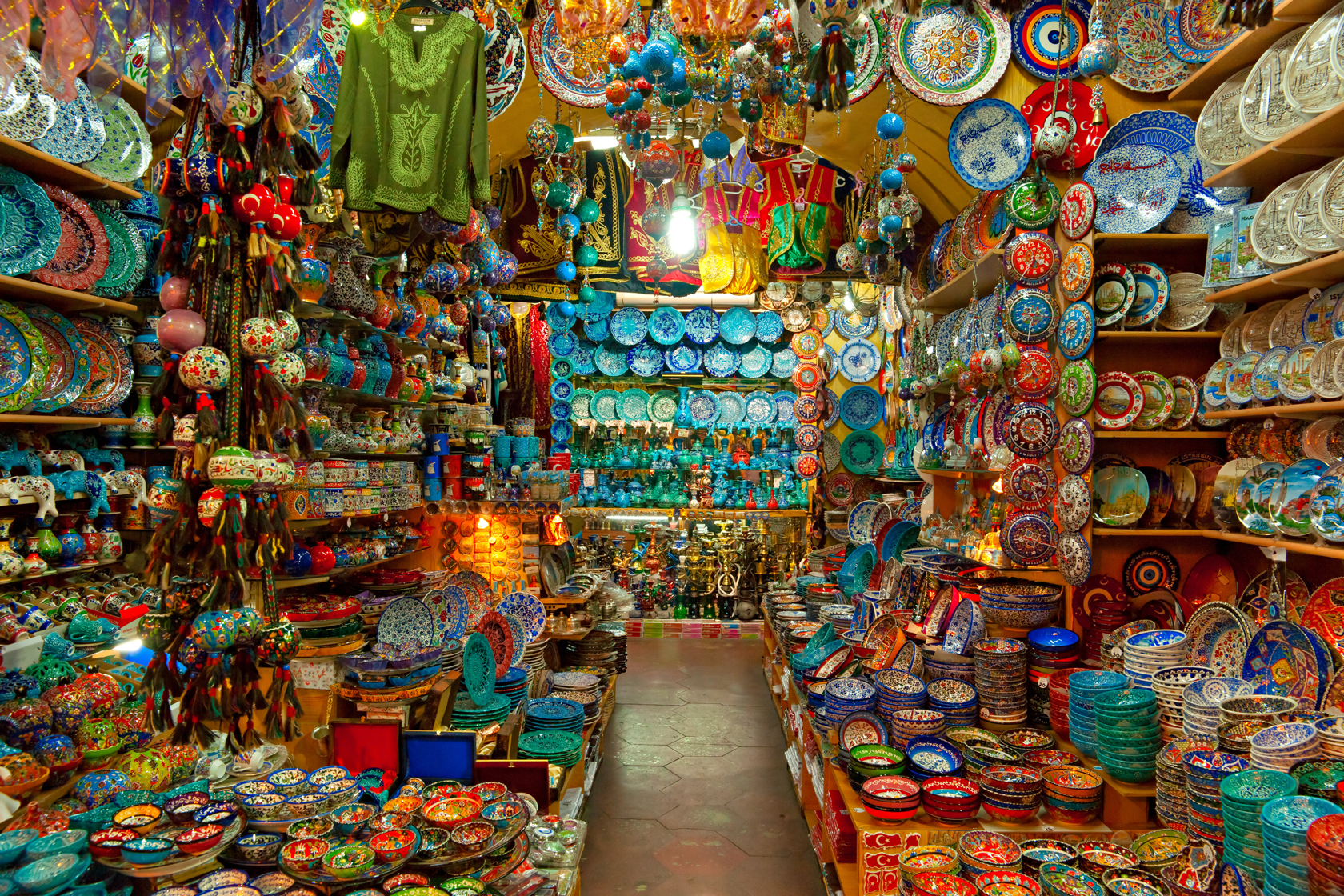 Exploring the Ancient City of Ephesus

Things to do · Destinations · Mediterranean · UNESCO