Here's What to Do in Bandar Khayran

“Scuba diving” and “desert” aren’t two things that typically go together, but this hidden harbor in northern Oman is teeming with coral reefs and shimmering, electric-blue water.

What to Know About Bandar Khayran

The sultanate of Oman wraps around the southeastern tip of the Arabian Peninsula, bordered by the United Arab Emirates, Yemen, and Saudi Arabia. Centuries of wind and water exposure created its mountainous northern coast, and despite steep ocean-facing cliffs, there are plenty of hideaways and harbors tucked into Oman’s 3,000 miles of coastline. Perhaps the most stunning is Bandar Khayran, a lagoon located in the country’s capital province of Muscat, which sits on the Gulf of Oman.

Bandar Khayran is about 15 miles southeast from Muscat, the city that shares its name with the province and which is home to 1.5 million inhabitants. (A fun trivia fact about Muscat: There are no tall buildings, as a government-decree prohibits any newly-built structure from topping seven stories high.) Bandar Khayran is accessible via road—a journey that usually requires an off-road four-wheel vehicle, then a hike down from the surrounding mountains—or via water, a simpler, easier, and more attractive option.

Exploring the Beach of Bandar Khayran

If you’re heading to Bandar Khayran, you’ll need to bring everything you require with you as there is little in the way of accommodations. That’s part of the charm though.
None of the beaches ever get too crowded - giving you a rare moment of serenity. Just be sure to bring sunscreen, towels, and a sense of adventure, as well as your own food and drink.

Much of the shoreline at Bandar Khayran is inaccessible, as the cliffs jut up directly against the water, but there are a handful of beautiful, smooth slivers of beach tucked snugly between the hills directly behind and the lagoon right in front. Spend the day picnicking and sun-bathing. Dip your toes in the water. Have a boat tow you around in a tube. Or hire a guide to take you on a kayak tour. Hike up the hills to higher ground and enjoy the breathtaking sights from above Bandar Khayran.

The views are reminiscent of nowhere else in the Middle East. In fact, the combination of winding coast with striking clear water and cliff faces may remind some of Norway. The big difference? There’s no snow, and you get to enjoy the scenery of Bandar Khayran in shorts and a t-shirt.

To get the full experience of Bandar Khayran, you can’t just stare at the water or ride around on top of it. No, you have to go below the surface. The land surrounding Bandar Khayran is surprisingly fertile, lined with mangroves, so the water attracts all kinds of marine life.

Coral reefs dot the underwater landscape, and its average depth is just around 15 meters, so there’s room for snorkelers and scuba divers alike.

For divers, the go-to spot is the Al Munasir wreck, a ship that was purposefully put underwater for divers earlier this century. Schools of snapper swim by, and if you’re lucky, you’ll catch sight of a stingray. There are over 20 identified diving spots in the lagoon, and they’re all clustered close together, making it easy to jump from one to another.

Bandar Khayran is also home to a large population of honeycomb moray eels, whose skin has a leopard-like pattern made up of—you guessed it—honeycomb shapes.

Make sure you wrap up your underwater exploring before the sun starts to go down. The sunset basks Bandar Khayran in all its splendor, as the descending light brings out the color in the cliffs and makes the water glow. Savor the sight, and then head back to the comfort of your ship. 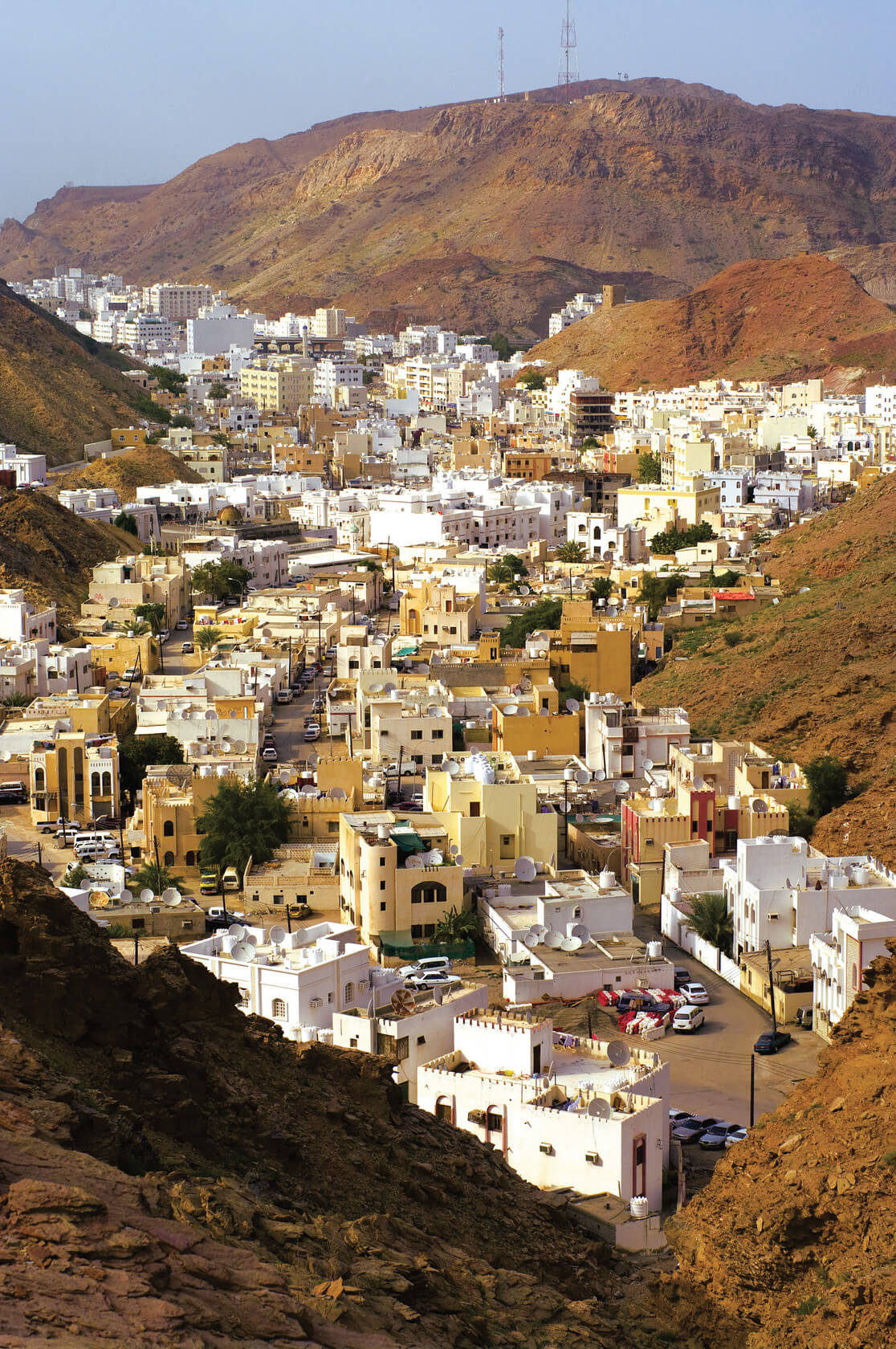 The height of opulence lies along the blue waters of the Indiana Ocean. Explore some of civilizations' oldest cities and sites on our Arabian, African and India cruises

The Ventures by Seabourn program provides Seabourn guests the opportunity to participate in exciting, adventurous optional activities that are expertly planned, professionally operated and escorted by skilled expert guides.