Exploring the Island of Corfu

Rich in history that dates back to the origins of Greek mythology, the island of Corfu offers the ancient architectural treasures and stunning seaside vistas that Greece is known for — but on a more private scale. It’s a true oasis of relaxation to punctuate any Greek vacation or Mediterranean cruise. Read on to make sure you make the most of your visit.

Corfu City’s old town, or Kerkyra, is on UNESCO’s World Heritage Site list for a reason — it’s filled with historical architecture. You’ll find plenty of colorful homes dating back to Corfu’s era of Venetian rule. The small, winding side streets are also reminiscent of Venice.

Another of the old town’s main features are the excavated ancient temples including Kardaki Temple, noted for its unconventional lack of a frieze and uncharacteristically wide column spacing; the Temple of Artemis, the first Doric temple exclusively built with stone; and the Temple of Hera, one of the earliest examples of archaic Greek architecture.

The city has over three dozen Greek churches. Two of the most well-known are Saint Spyridon Church, where the preserved body of the island’s patron saint lies; and St. George’s Church, built by the British in the 19th century and stunningly located within Corfu City’s Old Fortress (if you visit in summer, you may well catch a concert there).

As with nearly every other area in Greece, Corfu’s beaches are a main draw. Here are the best of the best. Start with Loggas Beach, the best place to see a spectacular sunset. If you’re not feeling beachy, stick to the cliff above the beach and enjoy a frappe or glass of ouzo in the restaurant there, as you take in the view. And do not miss Porto Timoni, arguably Corfu’s most beautiful, picturesque beach — the turquoise waters contrast stunningly with the lush green hills beyond the dramatically curving sandy coastline. (It’s actually two beaches in one, with each facing its own bay.)

Looking to venture a little off the beaten path? Start with the small, intimate village of Palaiokastritsa, rich in mythological lore (including being known as the last place Odysseus visited before returning home). You’ll step back in time just wandering the unspoiled, winding streets where life is taken at a gracious pace. Don’t miss the village’s monastery, which dates back to the 13th century.

Speaking of monasteries, there’s another that happens to be one of Corfu’s most spectacular sites. Jutting out onto the sea on its own island, Vlacherna Monastery (open year-round to visitors) is a placid place to spend an afternoon.

Looking for the freshest seafood imaginable? Head to Agni Bay, the historic fishing village on the island’s northeast coast. Enjoy a meal at one of the beach tavernas (Nikolas’ Taverna being one of the most well known) that specialize in delectable seafood specialties.

Lastly, don’t miss the sheer drama of Cape Drastis, the most northerly point of the island marked by sharp cliffs and stunning vistas of both the island and the sea. An oasis within an oasis, it’s an untouched gem that exemplifies Corfu’s natural beauty.

There’s essentially no bad time to visit Corfu. Summer is balmy and beautiful (with high temperatures of 82-88 degrees F / 27-31 C) and obviously a popular and prime time to go. But for those who want weather that’s still great and slightly fewer fellow vacationers around, the best times to visit are generally April to May (with high temps from 66-73 F / 19-23 C) and September to November (with highs of 66-82 F / 19-28 C). Even in the depth of winter, average high temps are around 57 F (14 C); too chilly for swimming, but still fine for nearly all other activities. 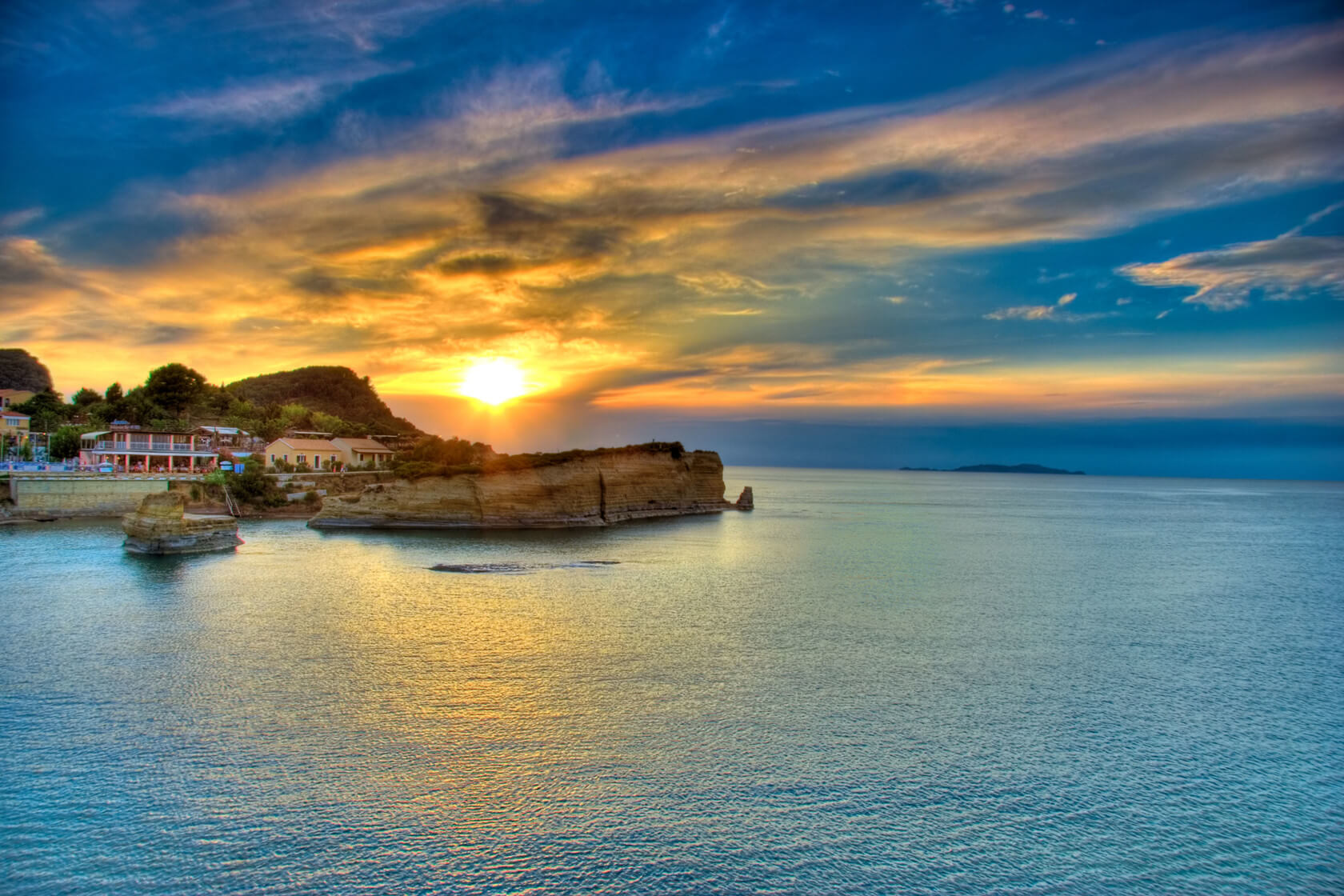 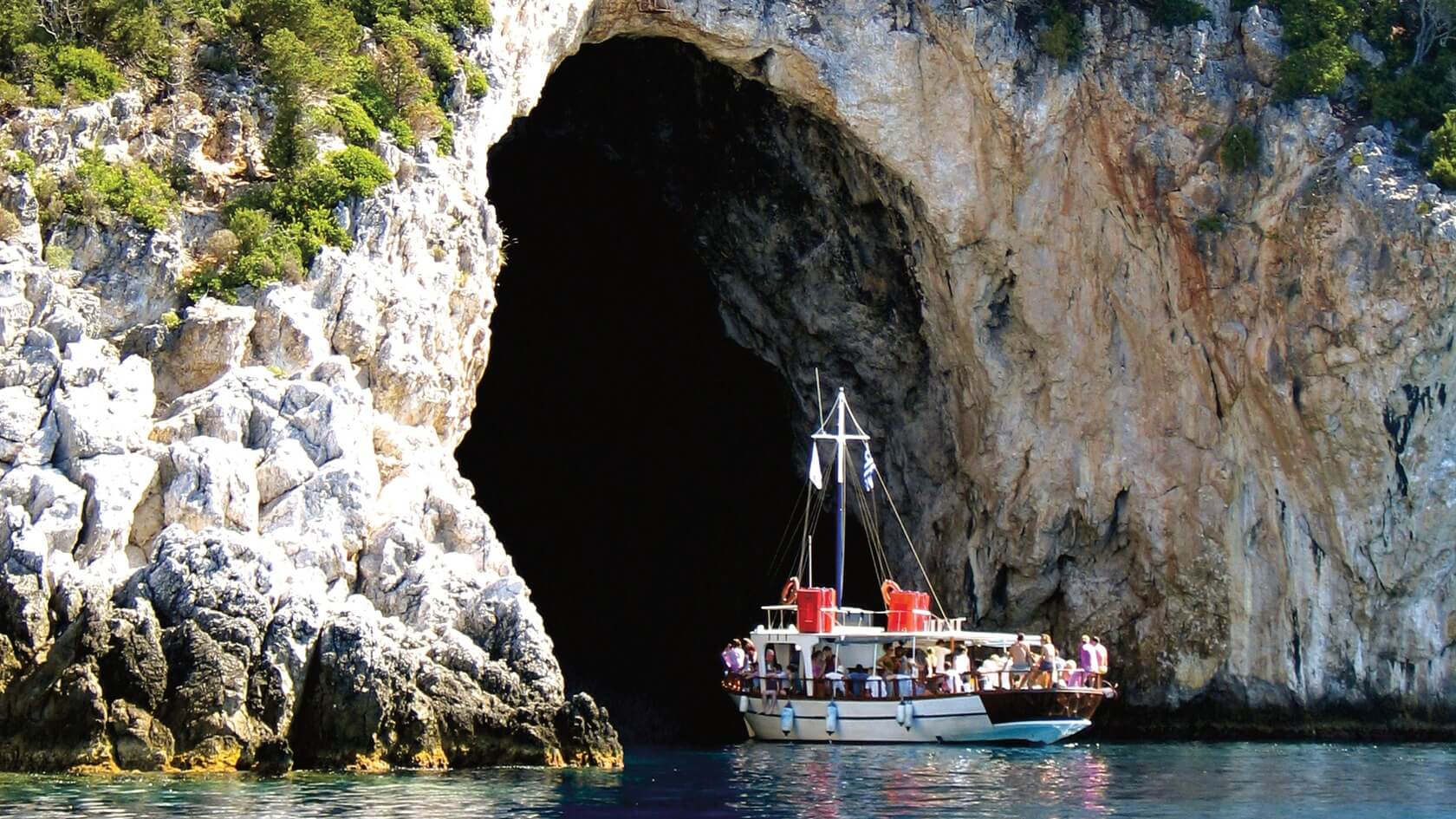 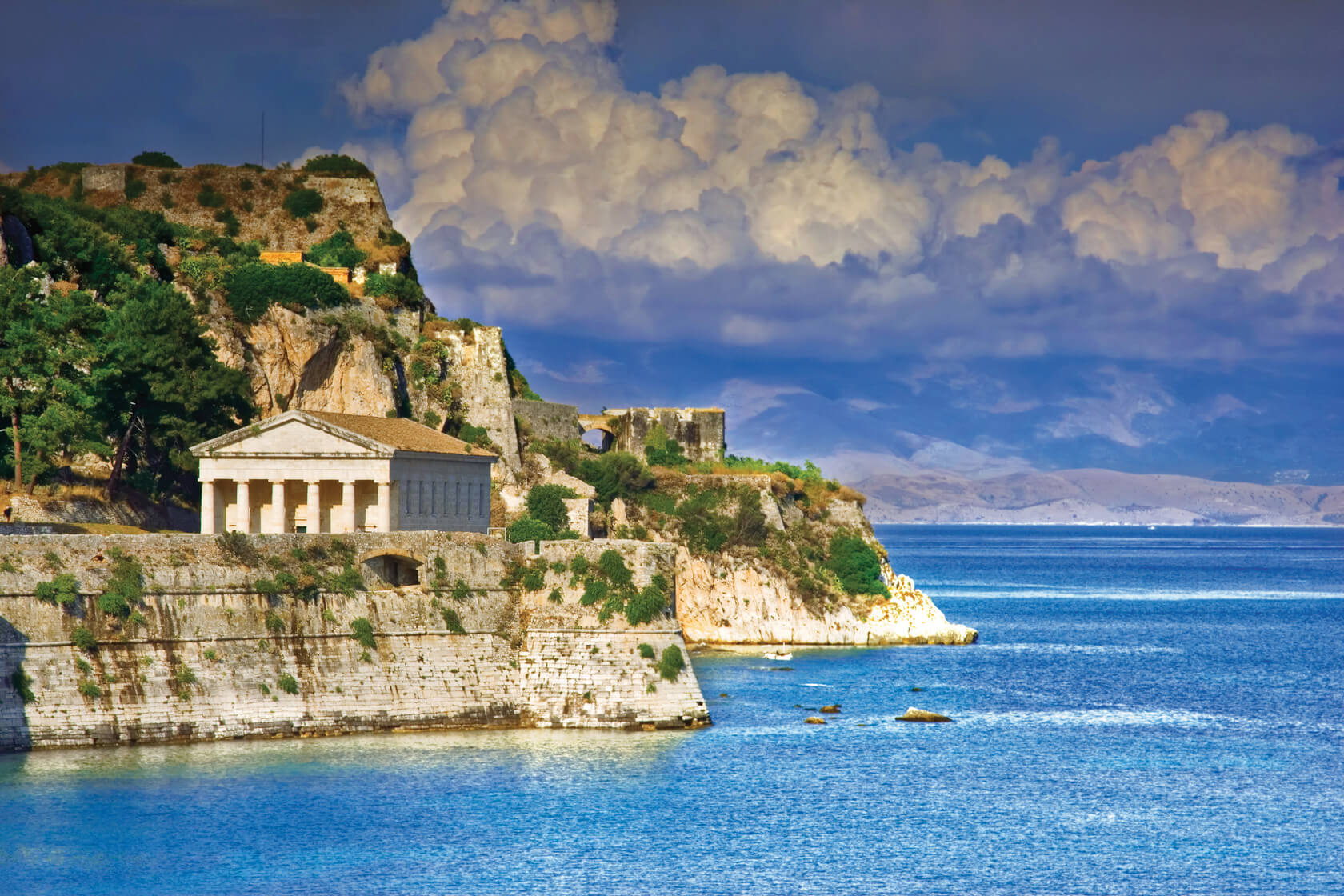