Exploring Lindos, Rhodes in One Day

Revel in ancient history, iconic architecture, and seaside charm in the picturesque village of Lindos.

No trip to the Greek island of Rhodes is complete without visiting Lindos, an ancient village on the eastern coastline. According to Greek mythology, Lindos was founded by Danaus, son of the King of Egypt, when he fled to the island with his 50 daughters to escape the wrath of Hera. Brimming with relics dating to 300 BC, this seaside settlement is the second most-visited archeological site in Greece behind Delphi. An hour long drive from the capital of Rhodes and just 6.4 square miles (16.6 square kilometers) in size, the town is ideal for a day trip, though you could certainly spend more time exploring its historic hills, whitewashed alleyways, and well-preserved traditional architecture. Keep reading to discover our top recommendations for an unforgettable day in Lindos.

Climb to the Acropolis
When most people hear “acropolis,” they think of the Acropolis of Athens; however, the Greek term can apply to any ancient fortification on a hilltop. Lindos is perhaps best-known for its own acropolis, a sweeping fortress overlooking the village and surrounding archipelago. To immerse yourself in the landscape, walk the relatively steep hill to reach the grounds of the acropolis; along the way, you’ll encounter locals selling Rhodian lace and two ancient funerary sites, Kleovoulos Tomb and Archokratio. Inside the mighty pillars of the acropolis lie the columnar ruins of the Temple of Athena Lindia, a shrine to the goddess Athena that was considered the world’s holiest site in ancient times. Bring your camera — the acropolis offers stunning views of the Aegean Sea, the ancient and medieval architecture of the village below, and the shocking bright-blue water of St. Paul’s Bay (more on that below).

Explore the Village
The village beneath the acropolis is a stunning landmark in its own right, marked by pebbly mosaic courtyards made of sea rocks, winding alleyways (designed in a maze-like fashion to confuse pirate invaders), and white flat-roofed houses. Brimming with local artisans selling jewelry and knick-knacks, the narrow streets are a perfect place to find authentic wares to remind you of your trip for years to come. Make sure to visit the Virgin Mary of Lindos Church (a.k.a. the Church of Panagia) in the heart of the village, filled with 15th-century frescoes of biblical scenes. With its famously tall stone tower and domed roof, the church is hard to miss.

Head to the Beach
There are two sandy beaches in Lindos, both minutes from the village and stretching along the same bay. Lindos Beach (a.k.a. Main Beach) is the larger of the two, with clear, calm water and a plethora of sunbeds, umbrellas, boats, and canoes. Pallas Beach is slightly harder to get to, tucked below the village and reached by a narrow footpath. Much smaller and quieter than Lindos Beach, it is more geared towards relaxation than water sports (and features a charming cluster of tavernas for drinks and snacking).

Swim in St. Paul’s Bay
You’ll likely recognize St. Paul’s Bay from before your trip: with dramatic turquoise water and a perfectly circular shape, it features in most postcards of Lindos. Just a ten-minute walk south from town, this sheltered inlet appears separate from the Aegean when viewed from afar, but is actually connected via a narrow opening in the rocks. According to local legend, St. Paul was shipwrecked in the bay in 51 AD. Bring a swimsuit to dip into the tranquil waters and admire panoramic views of the village and coastline.

14-Day Isles of the Aegean 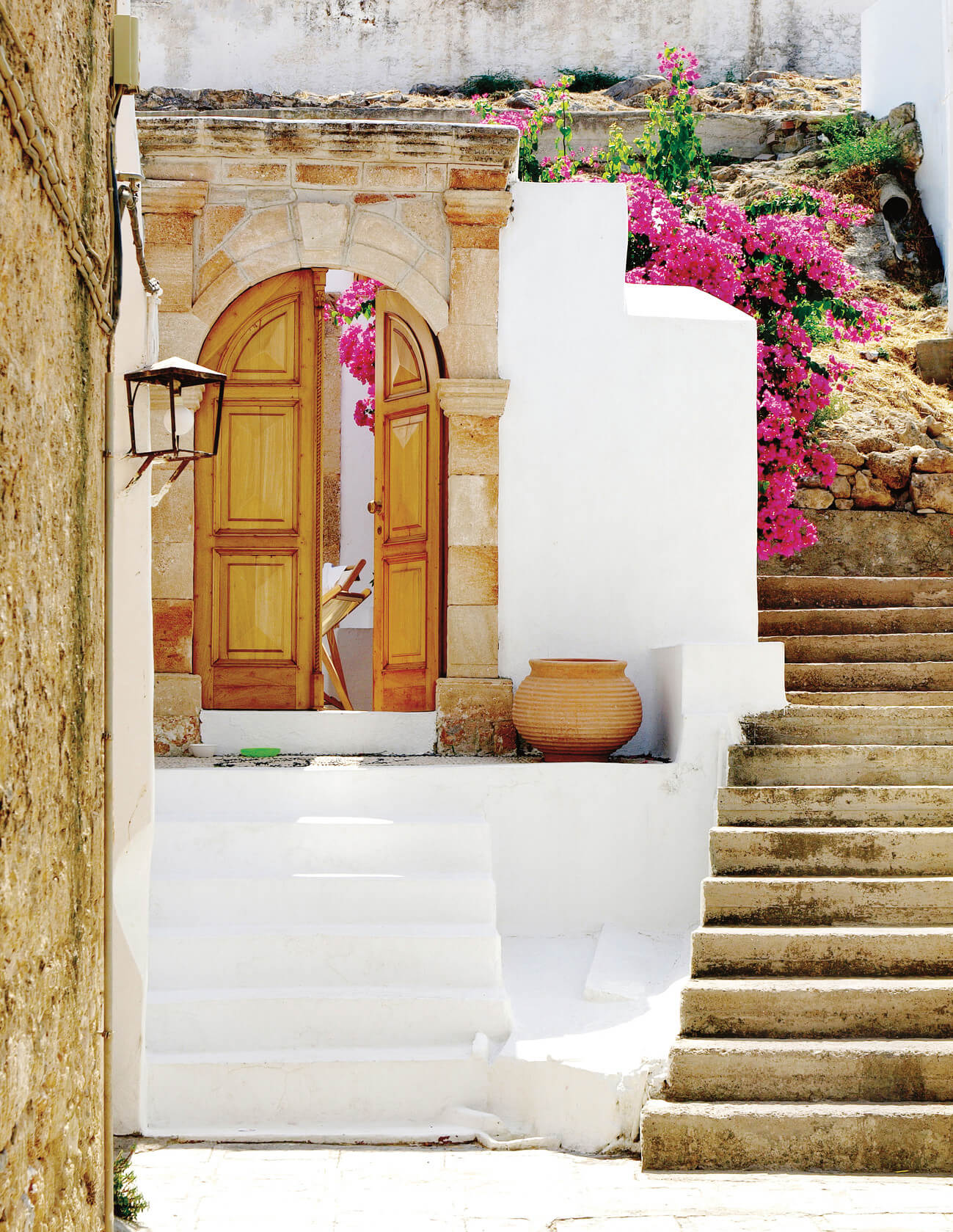